It started with Nazis: Concerns over foreign agents not just a Trump-era phenomenon

The initial aim of FARA was long forgotten: the prosecution of Nazis for interfering with American democracy 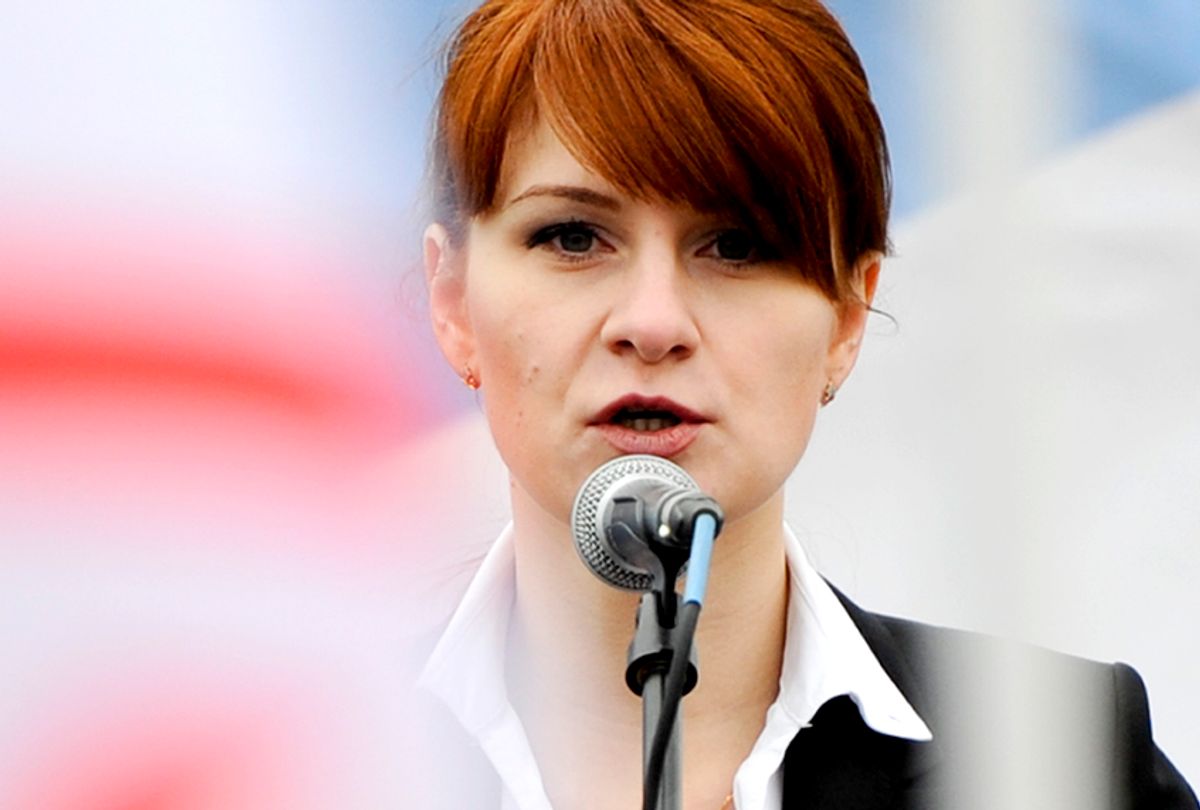 A U.S. law used to fight Nazi propaganda that many experts saw as a historical relic has come back to life.

The act requires “agents of foreign principals in a political or quasi-political capacity to make periodic public disclosure” of that relationship. Activities taken as a result of it must also be disclosed.

Kian and Alptekin are only the latest targets in a series of indictments and guilty pleas related to FARA. Their case is part of a return to the headlines for a law that had fallen into disuse.

From 1966 to 2015, the Department of Justice pursued just seven FARA cases in court.

FARA spent the second half of the 20th century ignored and unused, and its initial purpose long forgotten: the prosecution of Nazis for interfering with American democracy.

Using the media tools of the time, the Nazis were able to integrate their messages into America’s politics. The law aimed at fighting that disinformation has startling relevance to our lives today.

The law was designed precisely to combat the type of election interference and lobbying activities the special prosecutor’s team is currently examining.

As my recent book, “Hitler’s American Friends: The Third Reich’s Supporters in the United States,” points out, the Foreign Agents Registration Act was introduced in Congress in summer 1937 with a specific threat in mind: Nazi subversion of the American democratic system.

From 1933 to the 1941 bombing of Pearl Harbor, Nazi agents across the United States had operated with virtual impunity. They spread anti-Semitic propaganda, attacked President Franklin D. Roosevelt and tried to convince Americans that they should pressure the Roosevelt administration to stay out of any future European war.

More dangerously, George Sylvester Viereck was a Nazi agent, paid by the German Embassy and ensconced on Capitol Hill itself.

Viereck nominally worked as a journalist and publicist for the Reich. In reality, Viereck was running a bold campaign to insert Nazi propaganda into the Congressional Record with the help of sympathetic senators and representatives. They included Minnesota Sen. Ernest Lundeen of the Farmer-Labor Party, West Virginia Sen. Rush D. Holt, a Democrat, and New York Republican Rep. Hamilton Fish III.

Viereck had a great distribution plan: He convinced his congressional allies to deliver speeches he had written for them, or simply insert them by unanimous consent into the legislative record.

He would then use money provided by the German embassy to order large numbers of reprints of those speeches. He mailed those copies to Americans on the mailing lists of isolationist pressure groups using legislators’ franked, pre-stamped envelopes. Postage was paid by the taxpayers.

From 1936 to 1940, Viereck’s pro-German, anti-British and anti-Roosevelt propaganda reached millions of Americans thanks to a combination of Nazi cash and the cooperation of American politicians.

Viereck was so successful that he even purchased a small publishing company called Flanders Hall and used German money to begin pumping out cheap monographs for mass distribution.

This plan was brazen, and, before FARA, probably legal. Though the extent of Viereck’s operation was not known when FARA was passed, he had already been investigated during World War I for similar pro-German propaganda activities.

His later appearance on Capitol Hill aroused suspicion, and in 1938 he became one of the first witnesses subpoenaed to testify before the House Un-American Activities Committee, chaired by Representative Martin Dies Jr. of Texas.

Yet, even if Viereck could be shown to have been taking German money, there was effectively no statute he could easily be prosecuted under since his activities fell far short of espionage.

This Nazi agent was precisely the type of foreign agent FARA was designed to unmask and prosecute. The statements of its creators make this clear.

In 1937, Rep. John W. McCormack of Massachusetts — who was later elected speaker — introduced FARA in the House of
Representatives.

McCormack told his colleagues that the bill was needed because the German government had undertaken a concerted effort to disseminate propaganda in the U.S.

Nazi agents, he said, were trying to convince American young people to “disbelieve in our form of Government.” The Nazis wanted to convert them to “political doctrines and philosophy which are utterly contrary to the doctrines and principles upon which our American Government is based.”

McCormack’s solution was to expose “their nefarious ideas,” he said.
FARA, he added, “will expose them (the propagandists) to the pitiless light of publicity. The passage of this bill will label such propaganda just as the law requires us to label poison.”

In its original form, FARA required agents working for a “foreign principal” including governments, political parties and foreign-based corporations to reveal their activities and the details of their contracts to the government. Journalists and accredited diplomats were specifically exempted from registration.

Agents who failed to register their activities or made knowingly false statements could face fines or even imprisonment.

President Roosevelt signed FARA into law in 1938. More than a dozen suspected Nazi agents, including Viereck, were subsequently investigated and indicted, though Viereck’s conviction eventually was overturned on a technicality.

Some Nazi agents spent the entire war in prison as a result, limiting the damage they might have been able to inflict on the U.S. military effort.

Over subsequent decades, FARA made an occasional return to the headlines.

Despite these successes, subsequent amendments changed FARA’s scope. A 1995 provision allows some who would have fallen under its remit to register under the less stringent Lobbying Disclosure Act.

As a result, FARA fell into virtual obscurity by the early 21st century.

Foreign agents were still required to register their activities and the Department of Justice nominally pursued those who failed to do so. But by the department’s own admission, enforcement was mostly limited to sending suspected violators a threatening letter.

Even in cases where Mueller has not directly used FARA to bring an indictment, it has still provided legal grounds on which to open an investigation and pursue more serious charges, or secure witness cooperation.

The original intent of FARA was to inform the American people about the sources of the information they were receiving about the critical issues of the day. It was designed to carefully protect the First Amendment rights of those producing messages, while requiring that the source of the money used to distribute them be revealed.

Congress could consider revisions to FARA that will make it more relevant to the 21st century.

For example, the term “lobbyist” was not in widespread use in 1937 and does not appear in the original statue.

Instead, the original version of FARA lists those required to register as those working as “public-relations counsel, publicity agent, or as agent, servant, representative, or attorney for a foreign principal.”

The most antiquated of these terms, “publicity agent,” was defined as “any person who engages directly or indirectly in the publication or dissemination of oral, visual, graphic, written, or pictorial information … including publication by means of advertising, books, periodicals, newspapers, lectures, broadcasts, motion pictures, or otherwise.”

Congress might well consider this definition’s relevance to the technology-saturated world of the 21st century, and the intent behind its original inclusion.

As Rep. McCormack put it in 1937, the United States is now undertaking an effort to label propaganda just as it labels poison. FARA may well provide a perfect tool to do so.