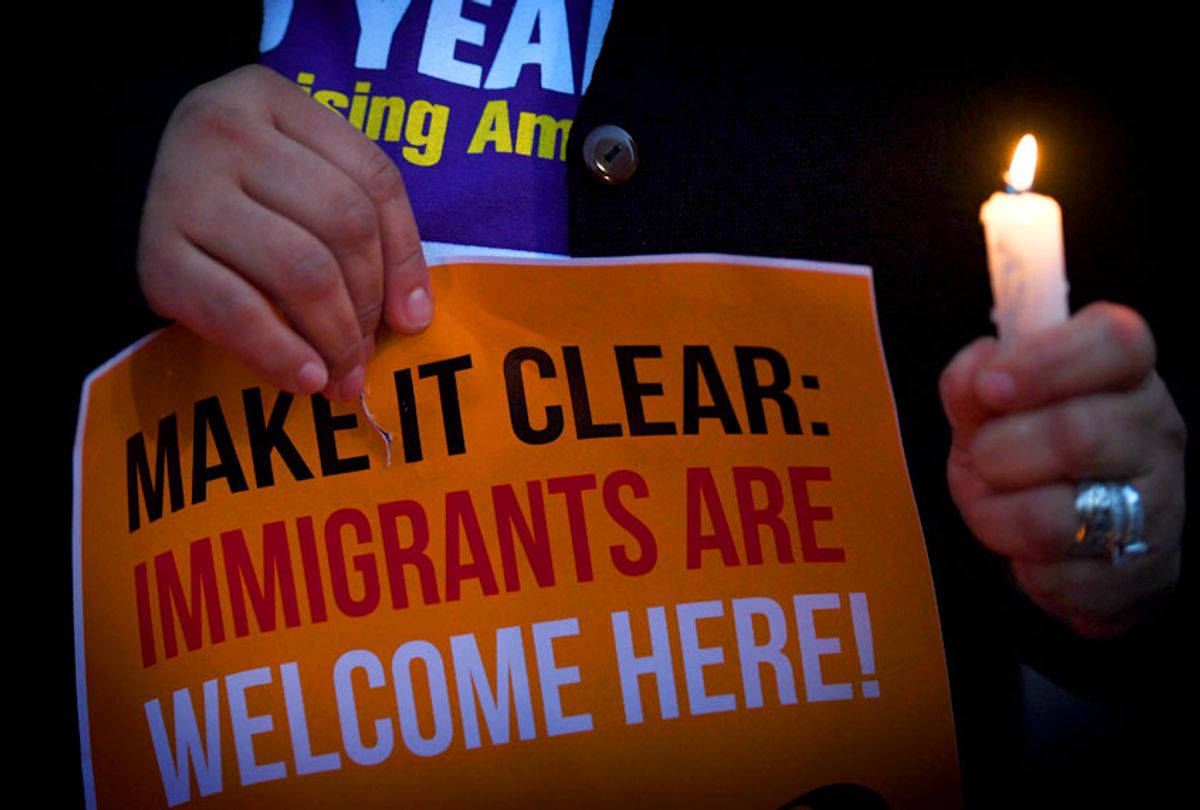 Amidst the chaos of relentless, mind-numbing corruption, lies, and malfeasance by Donald Trump and his administration, Adam Serwer’s brilliant essay reminds us of a common element: “The Cruelty Is the Point.” Serwer argues that Trump and his supporters thrive on cruelty against those “outsiders” who, in their eyes, “deserve it.”. This cruelty binds Trump and his supporters—especially conservative white evangelical Christians—into a community that celebrates Trump’s mockery of others and the punitive actions he takes against various people and groups. It also leads his supporters to ignore or rationalize Trump’s other unethical or illegal activities.

Some examples of Serwer’s contention include the Trump administration’s heartless “zero tolerance policy” of separating refugee children as young as four months-old from their asylum-seeking parents, the continuing detention of almost 15,000 migrant children, the illegal closing of ports of entry for asylum seekers, and radically limiting the number of people who can apply for asylum each day, including unaccompanied children. The most recent immigration atrocity was the death of Jakelin Caal Maquin, a seven-year old girl who fled Guatemala with her father and who died in the custody of U.S. Customs and Border Protection officials. Her death was one of more than 260 deaths in 2018 alone. 50 of these deaths were “water-related,” a statistic made even more obscene by the fact that U.S. border patrol agents routinely pour out containers of water humanitarian groups leave for migrants crossing the desert in an attempt to punish and deter people from crossing the border illegally. And instead of remorse, an apology, and a change in policy, the Trump administration instead blamed the death of seven year-old Jakelin on her family, telling migrants and asylum seekers not to “put themselves or their children at risk attempting to enter illegally.” As always, the cruelty is the point.

Have we already forgotten how the raucous crowd cheered wildly as Trump mocked Dr. Christine Blasey Ford at a rally in Southaven, Mississippi, in his noxious but ultimately successful effort to defend Brett Kavanaugh, who Senate Republicans permitted to allegedly lie his way into a lifetime appointment on the U.S. Supreme Court?

The media continues to cover the murder of Jamal Khashoggi—one of “The Guardians” recently named Time’s Person of the Year—and remind us that the Trump administration is complicit in his murder by ignoring, excusing, and even abetting it with Jared Kushner advising Saudi prince Mohammed bin Salman, who ordered the assassination, on how to “weather this storm." Often missing from headlines, however, is that a Saudi-led coalition aided by the U.S. is largely responsible for the deaths of tens of thousands of people in Yemen’s civil war, where as many as 85,000 children may have died from starvation due to the conflict with more than 15 million people on the brink of starvation.

The list of the Trump administration’s various forms of cruelty is seemingly endless. Yet as the foundation of the Trump coalition begins to crack, conservative white evangelical Christians, those who most adamantly claim to follow the teachings of Jesus of Nazareth, remain Trump’s strongest and most devoted supporters, supporters who often approve of and sometimes participate in Trump’s cruelty.

This particular form of evangelical Christianity is a far cry from the religion of Jesus, who proclaimed good news to the poor, release to the captives, and liberation of the oppressed. The same Jesus who declared that the two greatest commandments were to love God with all your heart, soul, mind, and strength and to love your neighbor as yourself. The same Jesus who uttered the parable of the sheep and goats which says that one’s eternal salvation is dependent upon whether one gives food to the hungry and drink to the thirsty, welcomes immigrants, clothes the naked, and visits those in prison. The same Jesus who commands his followers to have absolute honesty and integrity, which stands in stark contrast to a president who lies so blatantly and continuously that a new category of “bottomless Pinocchio” was created just for his constantly-repeated lies and who made at least 6,420 false or misleading claims in the first 649 days of his presidency. Jesus also repeatedly condemns the rich and powerful, declaring that it is difficult for the wealthy to enter the kingdom of God unless they give extravagantly to the poor without expecting anything in return. In addition, Jesus urges his followers not to seek glory, honor, and power, but in his ethical system, the “first” or “greatest” must actually be the “last of all” and “whoever wishes to become great among you must be your servant.”

The great Christian theologian Howard Thurman diagnosed this problem in his 1949 classic work, “Jesus and the Disinherited.” The religion of Jesus, he said, emerged from those suffering persecution and oppression, but in subsequent centuries, became the religion of the elite and powerful whose use of power and violence destroyed the message of Jesus of Nazareth, the poor, powerless, first-century Jew who spoke to others who were poor, oppressed, disinherited and dispossessed. Thurman’s analysis of the corruption of modern Christianity in the U.S. was informed by the discrimination and segregation of the U.S. in the 1940s, a situation analogous to Trump’s racist vision of the U.S. becoming “great again.”

White Christians of all denominations need to take a long, hard look in the mirror of Jesus’s teachings about loving one’s neighbors, but a number of scholars have demonstrated that racism—specifically a reaction against school integration—is one of the founding principles of modern white conservative evangelicals, a movement Randall Balmer argues is “based in racism.” We should celebrate the eroding influence and loss of relevance of the current white evangelical leaders who support Trump and his policies, especially until they take more seriously the social implications of the ethics of the historical Jesus. Perhaps one day they will be forced to admit that their voice is only one of a diverse multitude of voices that deserve to be heard, voices that must include the people who Trump demeans, marginalizes, and demonizes.

The teachings of Jesus echoed the message of other Jewish prophets who came before him, such as Micah, who declared that human beings should do justice, love mercy, and live in humility.

Cruelty has been the point in 2018. My wish for 2019 is that justice, mercy, and humility will make a comeback.