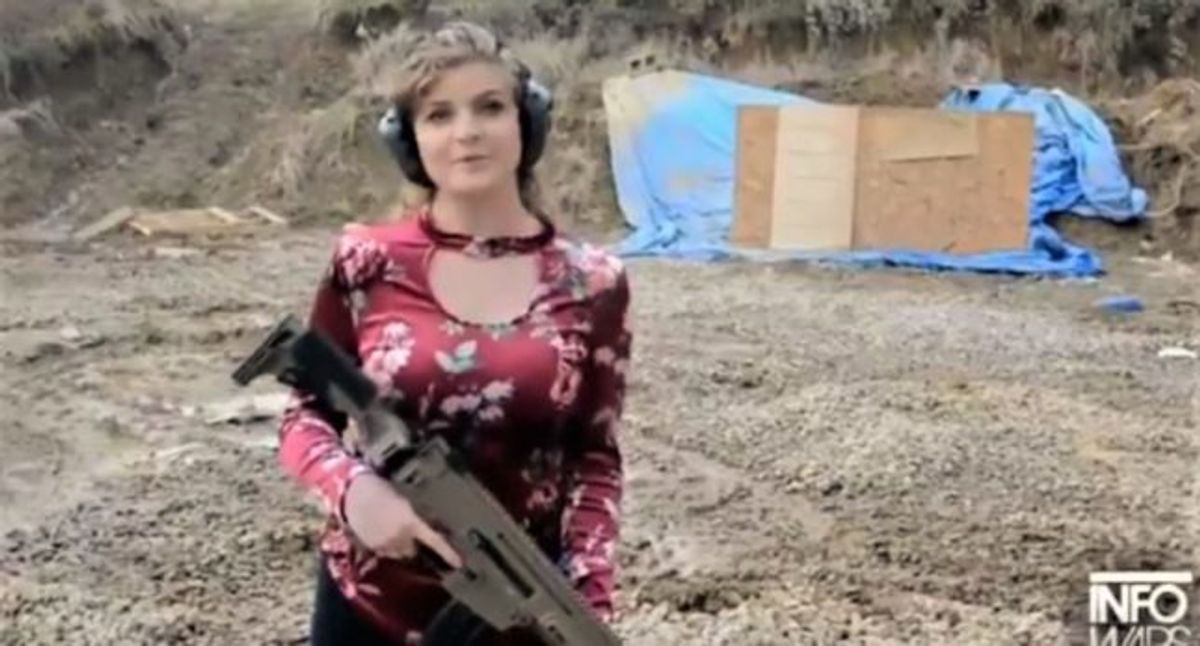 Kaitlin Bennett, the notorious gun nut who claimed she was discriminated against because Kent State University wouldn't let her openly carry her AR-10 rifle on campus, spent her Christmas this year doing the opposite of spreading good cheer.

On Christmas Day, Bennett posted a video of herself firing a rifle at a sign that read "Happy Holidays" as a way to attack people who refused to say, "Merry Christmas."

"It's not 'Happy Holidays,' it's 'Merry Christmas'!" she announces before firing multiple shots at the sign. "Quit being a bunch of PC pansies!"

Even though she probably hoped to offend some of her liberal followers, the vast majority of the replies to her video were filled with derisive mockery.

Check out some of the responses below.