"Bird Box" originally showed the monsters, but scene was cut because they looked so ridiculous 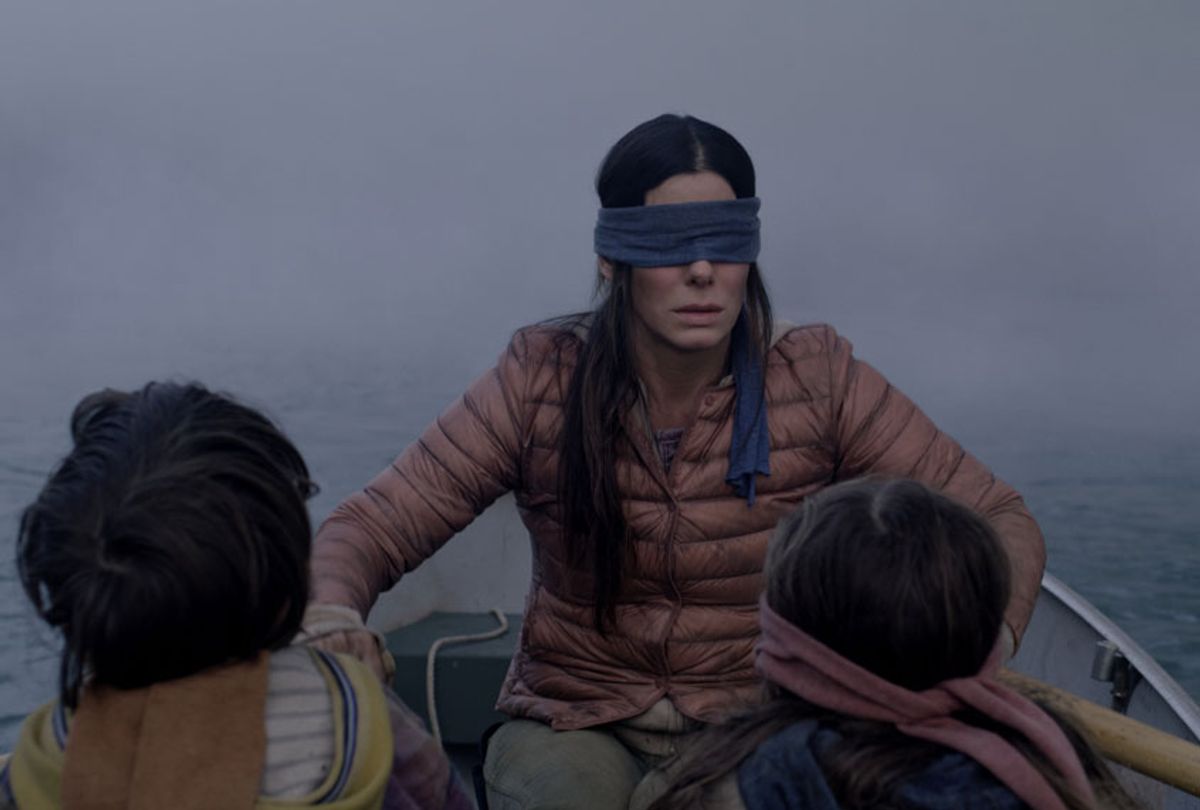 One of the most important decisions a monster movie has to make is when to reveal the monster. Do you hide it and build dread until a late reveal (the Spielberg “Jaws” method)? Or do you break the tension and scare the viewer from the start by showing the monster right away? Susanne Bier’s “Bird Box,” which launched December 21 on Netflix, bucks both trends in favor of not showing the monster at all, but it turns out that wasn’t always the case.

“There was a time when one of the producers was like, ‘No, you have to see something at some point’ and forced me to write essentially a nightmare sequence where Malorie experiences one in that house,” screenwriter Eric Heisserer (“Arrival”) recently told Bloody Disgusting.

In the world of “Bird Box,” simply looking at the monsters causes a person to kill himself or herself. The plot follows a group of survivors struggling to stay alive in a world where they must be blindfolded to survive the outside world. The cast includes Sandra Bullock, Trevante Rhodes, John Malkovich, and Sarah Paulson.

“Bird Box” never shows the viewer what the monsters looks like, and it’s unclear whether or not they are invisible or have a tangible body. Sometimes when the monsters appear in the film, surrounding items outside like pieces of grass or leaves float in the air. When producers forced the “Bird Box” team to show the monsters, the results didn’t work out so well.

Read more IndieWire: By the Numbers, Too Much TV in 2018 Is Netflix’s Doing (For Better and For Worse)

“It was snake-like, and I was like, ‘I don’t want to see it when it first happens. Just bring it into the room. We’ll shoot the scene,’” Heisserer said. “I turn and he’s like this [growling at me.] It’s making me laugh. It was just a long fat baby.”

“It was a green man with a horrific baby face,” Bullock told Bloody Disgusting about the monsters.

“It so easily becomes funny,” added Bier. “We actually shot that and spent a lot of energy on, but every time I saw it, I was like this is not going to be tense. It’s just going to be funny. At first, Sandy was like, ‘I don’t want to see it’ because she thought it was scary. Then it was like, ‘Don’t show it to me because [I’ll laugh].’ Every time I did it, I was like, ‘Shit, that’s a different film.’”

Bier joked that the look of the monster was so funny she was planning on “delivering it to ‘Saturday Night Live.'” Ultimately, the director realized it was best for the story not to show the monsters.

“Whatever those beings are, they tap into your deepest fear,” the director said. “Everybody’s deepest fear is going to be different from the other person. I think to suddenly take upon a concrete shape in order to illustrate that becomes weak. Where the conceit is really strong, then trying to illustrate it is kind of almost meaningless. So it would have been the wrong decision.”