In truth, only five of these are merely a let down. The rest are simply dreadful 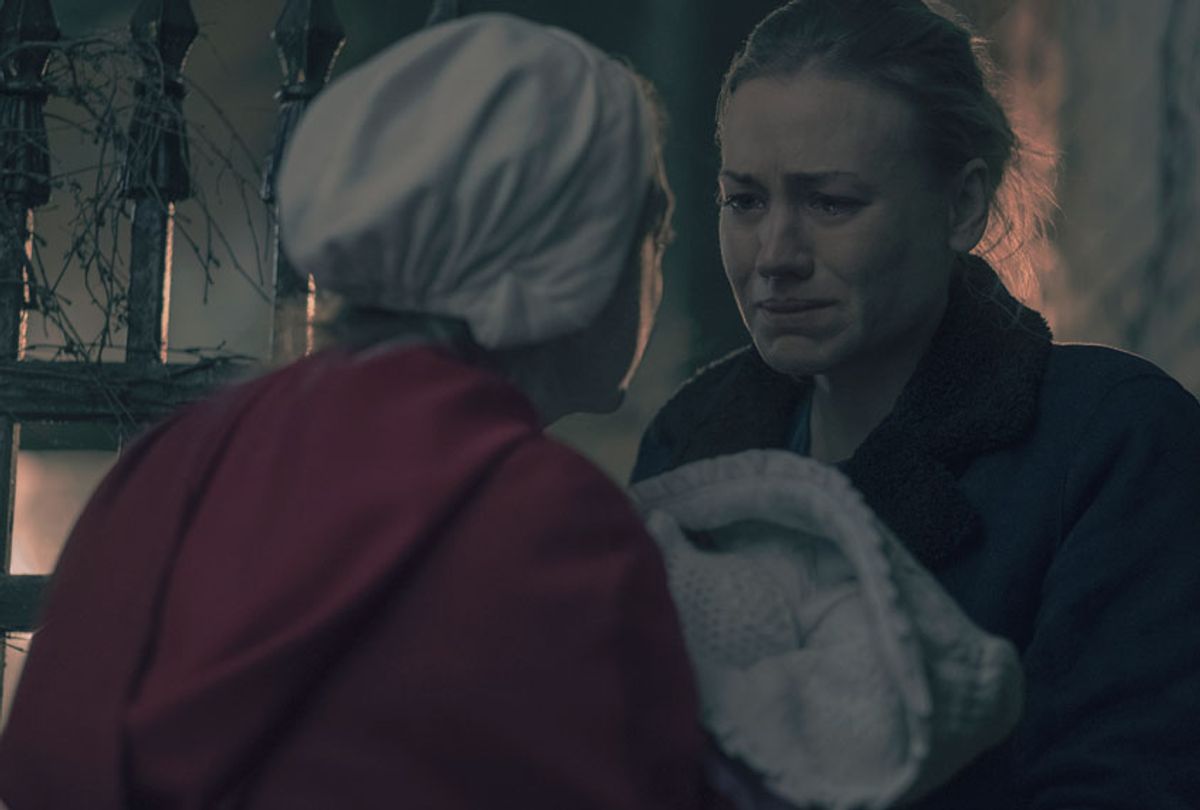 Watch television closely for enough years, and the point arrives at which certain definitions become malleable. The concept of “worst,” for example. Declaring a show to be “the worst” opens up battlefronts most sane people would rather avoid. What is “worst” will always be a matter of taste and preference, and measured relative to other options that are available.

This is a long way of saying that certain offerings to the Bad TV Gods like “Happy Together” or “LA to Vegas” aren’t on this list because they were never supposed to yield greatness, or even OK-ness. Consider the premise of each: the former is about a pop music star that moves in with a couple — a hilarious proposal, not to mention relatable! — and the latter is all about Fun on an Airplane Flight. Also relatable!

Anyway, when there are hundreds upon hundreds of series to consider, a program really has to faceplant to get enough attention to make it to the top of a “Worst” list.

Disappointments, however, are plentiful, more interesting to parse and some, in their own ways, a little painful. Hence, this list, a combination of titles that runs in ascending order from disappointments to out-and-out “worsts.” To prevent any confusion, the first five listed are disappointments ranging from least to most.

The last five on these lists, though, truly earn their worst designation without question — especially our top-ranked option.

Surely this entry must surprise anyone who’s been keeping up with the show’s awards show streak, its uncanny mirroring of developments afoot in the real world, or its influence on Melania Trump’s Christmas decorations.  Make no mistake, “The Handmaid’s Tale” is still one of the best series on right now, even if its all-too-possible brutality at times made season 2 unbearable to watch.

We’re kicking off this party with disappointments, remember. And few developments were more disappointing than June’s last moment in the finale, a promise that the defiance she’s steadily displayed throughout a season during which she contends with pregnancy would bear fruit at last with her escape.

Instead for reasons we can only guess are related to the producers’ desires for a third season, she opts to remain behind, handing her newborn off to strangers bound for Canada, or death, except this decision almost guarantees they’ll make it to Canada.

Whenever a series inadvertently reveals the business machinations on its plot development, that automatically triggers a demerit.

9. Sacha Baron Cohen’s return with “Who Is America?” on Showtime

Salon covered this series enthusiastically and almost exhaustively. Yes, Cohen earned a Golden Globe nomination for his various portrayals of some of America’s worst people. Verily the hype inspired by masking each episode’s interview subject and theme in secrecy should earn it a place on any year end lists of Best Marketing Coups, if there are such things.

All that having been said, the central punchlines of American narcissism, racism and overall gullibility and venality of our elected officials became repetitive. By the finale of the show’s first and purportedly only season (although who can say, really?) Cohen’s pranks ran low on incisive commentary, or even anything original to say. We welcomed the performer's return, and we hope there won’t be a sequel.

8. The latest adaptation of “Little Women” on PBS

Even a terrible literary adaptation on PBS has more value than the worst dreck on television. This production’s crime, however, was not in its cinematography, costume design or setting. Rather we took issue with its didactic feel, making Louisa May Alcott’s great novel into the TV equivalent of box of old Saltines — dry, bland and tough to swallow.

The upside is that public television has many more tremendous, period-themed dramas worth recommending than straight-up busters.  So while this was a high profile disappointment, it’s also far from evocative of the worst television has to offer.

7. “Bright and High Circle,” from “The Romanoffs” on Amazon

When “The Romanoffs” dropped on Amazon I was out of the country, but I vowed to watch it when I returned, so sure I was that Matthew Weiner’s latest series would have Important Things to Say about whatever the heck it was about. This was another series kept hidden in a mystery cave until close to premiere; and when it finally emerged, the general consensus was that Amazon was not hiding a treasure.

Every celebrated auteur whiffs it at some point, but “The Romanoffs” wasn’t a completely failure. Instead, for the most part, it was a brilliantly-cast middling anthology series whose best chapters were middling, by overall standards. This hour, however, not only wasted the performances of Andrew Rannells and Diane Lane by wandering aimlessly around its central plot, in which a piano teacher is accused of an unspecified act of misconduct.

Nope, it also doubled as a diatribe skewering the allegations about Weiner’s own misconduct which surfaced in the first wave of #MeToo allegations, presenting the argument in a fit of “well, somebody had to say it!” pique.

Earlier in 2018 Bobcat Goldthwait, a far-less celebrated auteur creator, observed of #MeToo that “there [is] a fair amount of men… that don't realize that their job right now is to shut up. And they're mad, they don't like that.” One of those is Weiner, it seems. This installment doesn’t help his case.

6.  “Our Cartoon President,” on Showtime

Stephen Colbert and his “Late Show” producer Chris Licht brought this series to us. We’ll have to forgive them for that.

The flaw in their Showtime series is that it doesn’t do enough to differentiate itself from every other parody of Donald Trump’s presidency that exists — and forgets how difficult it is to parody an administration that’s already a parody simply by existing. So by the time we received episodes of “Our Cartoon President” all of the jokes were old, or toothless; even its best element, the Beavis and Butt-head relationship between Don Jr. and Eric, has limited appeal.

Good laughs at this president’s expense are always welcome. But to promise such a treat in the title and fail to deliver is just cruel.

In case mentioning this series doesn’t make it clear enough, we have now crossed the border dividing the lands of disappointment and straight-up worsts, although this series could get credit for sticking to the unstated entertainment theme of 2018: “What’s the worst that could happen?”

However, just because a series represents the worst of what TV has to offer doesn’t preclude it from being a success. “The Purge” is a successful movie brand, after all, and USA plans to keep this crime going for another season.

Another series based on a film title was not as lucky in 2018: “Heathers.” But to be honest, its demise is less a matter of luck than terribly inept execution.

It could have worked, too. Originally the 1988 black comedy was to be reimagined as a series in which characters who would have been the target of bullying in other series become the bullies. But its characters were unrelentingly cruel and its depictions of violence tasteless enough to lead Paramount first to delay its debut, which coincided with the mass shooting at Marjorie Stoneman Douglas High School in Parkland, FL, and eventually burp out its highly edited one and only season over a few days on October.  Odds are news of its existence escaped you. Rest assured you weren’t missing anything.

There are TV irritants that serve a purpose within a comedy, like Newman on “Seinfeld,” or Urkel on “Family Matters.” Then there are irritants purposefully written to be the heart of the comedy, annoyances that take the form of Jennifer Garner’s Kathryn McSorley-Jodell, who would be hilarious if she were surrounded by characters not so easily brought low by Kathryn’s tight-assed hold on every element of her world. Or if she were still under the care and shaping of Julia Davis, the extraordinary British comedian who created the original series upon which HBO’s is based.

The result is a show populated with people who aren’t merely hard to care about, but people most would do anything in their power to avoid being around, save for Bridget Everett’s and Juliette Lewis’ characters (and even they’re only acceptable in small doses).

In that respect “Camping” does break a major rule of television, which dictates that writers should weave stories around people viewers want to invite into their homes.  Instead, here’s hoping we never see its like again.

Remember when Alan Ball’s name was synonymous with appointment television? Oh, for those heady, magical days of “Six Feet Under” and “True Blood.”

“Here and Now” is what happens when a creator of Ball’s reputation takes on a passion project meant to be a message of where we should be today versus where we are, and the product is a tangle nightmare of hyper-progressivism that entraps Holly Hunter and Tim Robbins.

The pair play Audrey and Greg Bayer-Boatwright (ugh), a Portland, Oregon, couple in the midst of a midlife crisis, and the adoptive parents of a rainbow tribe upon whom they have no business inflicting themselves. There was also a gender-fluid Muslim character and lots of verbal hand-wringing over the decline of decency and, you know what, why bother going on? HBO canceled this mess, which the public should consider to be an act of heroism.

Since I beat this thing like it owed me money when it first dropped on Netflix, I guess it deserves my thanks for allowing me to release some of my pent-up aggression. It did promote itself as a “coming-of-rage” story, after all. Once people actually saw what the series was made up, boy did many of us ever allow our rage to fully flower.

Few things are more unsatisfying than a shaming story packaged as an empowerment take. This one falls back on the old ugly duckling/beautiful swan chestnut by making fatness the icky undesirable thing, represented by a star character played by a thin actress in a fat suit whose lack of control is to blame for her weight issues. Since that isn’t enough it throws in gay-baiting and tropes about dumb Southerners for good measure.

In response to the wide revulsion that met its release, Netflix renewed it for a second season — which is great news for all the haters wondering from whence their next fix will originate. They can celebrate knowing they’ll have something to stab in 2019. But honestly, in this time of Too Much TV, a paucity of targets is never going to be the problem.