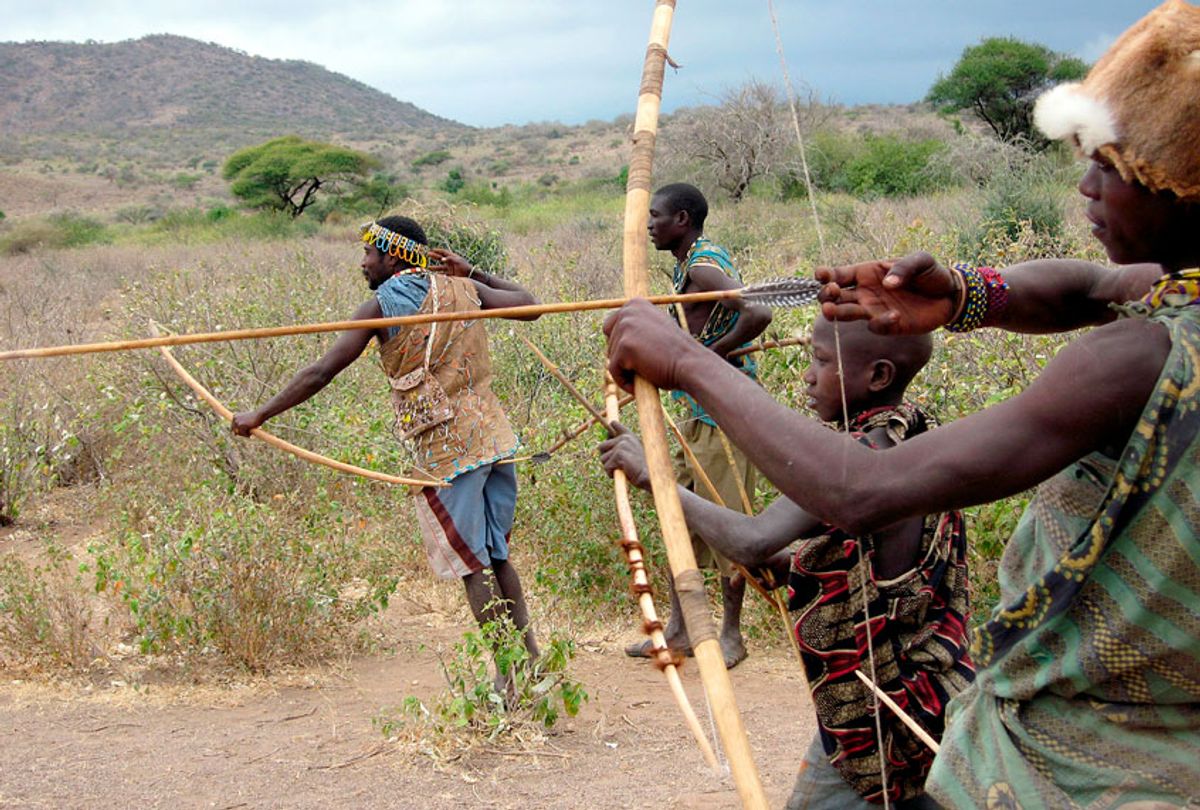 A new year brings renewed fitness resolutions — and with it, new diet fads. A 2017 YouGov survey found that 37% of Americans set New Year's resolutions that included “eat[ing] healthier”; the same percentage vowed to “get more exercise.” While diet and exercise resolutions may remain static, the specific diet and exercise trends come and go; in the past two decades, Crossfit, Zumba, Paleo diets, veganism, Atkin's, yoga and Pilates have had their rise and fall in the canon of fitness.

It is difficult to separate the noise from the signal when it comes to determining what healthy habits are optimal. In a twist on most health research findings, a new study of modern and ancient hunter-gatherer groups suggests there is not one optimal diet for human health. Rather, there are many factors at play when determining how humans in an industrialized world can live healthier lives.

“Our whole species has evolved from hunter-gatherer communities,” Herman Pontzer, lead author of the study and an associate professor of evolutionary anthropology at Duke University, explained to Salon. “We were hunting and gathering before we were us, and if you want to understand how our physiology works it is important to understand hunting and gathering and how it affects our bodies and health.”

The research, published in the journal Obesity Reviews, looked at the lifestyle, diets and physical activity of hundreds of modern hunter-gatherer groups whose societies were comparable to ancient ones.

The study notes hunter-gatherer communities are important for public health professionals to study because they can provide a better understanding of the root of “diseases of civilization,” which are often thought to be explicitly linked to diet. The study notes that obesity and metabolic disease are rare among hunter-gatherer communities, both modern and old, as well as type 2 diabetes. Causes of death in hunter-gatherer communities are mostly from trauma, including accidents and violence, or infectious acute diseases. The percentage of deaths from noncommunicable diseases, such as heart disease and cancers, is very low, but that is not to say because they necessarily eat better.  All of the communities analyzed in the study had exceptional health, yet relied on a wide range of diets.

So, what makes hunter-gatherer communities healthy? Pontzer, who has spent time with the Hadza indigenous group in Tanzania, says it could be the sheer amount of physical activity.

“If you go live with hunter-gatherers, the thing you’re overwhelmed by is how active they are,” he told Salon. “You are on your feet all day moving — you don’t have the luxury to be lazy, and that impressed me a lot.”

The popular fetishization of pre-agricultural tribes' diets is the source of inspiration for the wildly popular Paleo diet, a diet plan based on foods similar to what might have been consumed during the Paleolithic era. Pontzer said this diet is not the most "natural" diet for humans.

“Anyone who argues that there is one true natural human diet is just wrong,” he said. “Humans have been healthy through a variety of diets. It’s incredibly variable."

Some commonalities among the communities examined in the paper is that they all eat a mix of meat, fish and plants. Generally, they consume more fiber than the average American. When it comes to carbohydrates, these communities rely on vegetables and starchy plants, which keeps the consumption of carbs from causing an increase in blood sugar. That’s not to say they don’t eat sugar: Honey makes up a large portion of the diet for many hunter-gatherer groups, the researchers explain.

For example, among the Hadza hunter-gatherers, the aforementioned indigenous group in Tanzania who rely on what some call a million-year-old diet, honey accounts for 15 to 20 percent of their diet, the study states. The amount of calories the Hadza consume is similar to that of the average American, but the food variety is different as the Hadza rely on a small selection of foods that doesn’t include processed meals and engineered sugar.

According to the study, what you eat and how you exercise are related and important to living a healthy life, but perhaps not in the way an industrial society conceives of. As the study explains, exercise can act as a way to regulate energy expended each day — energy that the body may spend on inflammation if not used. This would contradict with theories that “industrialized populations are prone to metabolic disease because they are less active and therefore expend fewer calories per day,” as the study states.

“Exercise may also help to regulate appetite, improving the balance between energy expenditure and intake and exercise has been shown to help maintain weight loss,” the study states. “The regulatory effects of exercise warrant further attention.”

Researchers concluded the study by bringing attention to other parts of the hunter-gatherer lifestyle that could impact human health.

“Close friendships and family bonds, low levels of social and economic inequality and lots of time spent outdoors are typical in hunter‐gatherer populations and other small‐scale societies,” the study states. “The absence of these in modern societies is associated with chronic social stress and a range of non‐communicable diseases, including metabolic disease and obesity. As we work to understand the evolutionary roots of modern disease, we should strive for a more integrative and holistic understanding of lifestyle and health among hunter‐gatherers today and in our collective past.”

The study takes pains not to suggest that the industrialized world should go back to hunter-gatherer diets. Pontzer said it’s about finding the elements that are lacking in our daily lives that work for hunter-gatherers.

“One lesson could be to stay on your feet and move as much as you can every day, watch what you eat and stay away from foods that are engineered to never make you feel full, eat tons of fiber... those are all good places to start,” he said.

In other words, don't stress about counting Atkins points or walking precisely 10,000 steps a day. Broad strokes — rather than obsessive counting of calories, steps and sugar — seem to be key to health.