Why is Kevin Spacey trolling us now?

Spacey seems to believe that he can simply reframe the allegations away with some self-deprecating humor. He can't 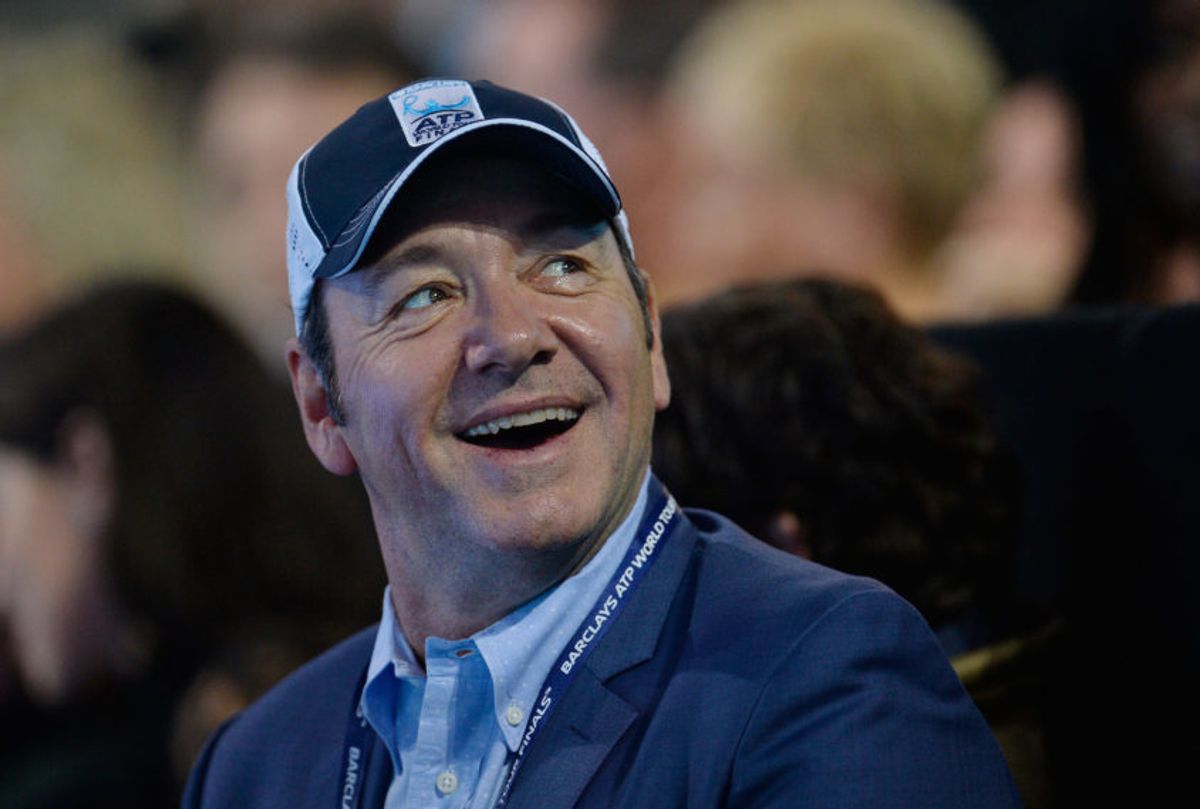 The Kevin Spacey trolling continues. On Sunday, the disgraced actor was photographed smiling and wearing a hat that said: "Retired Since 2017," as he brought Dominoes pizza to paparazzi staked outside his Baltimore mansion. The performance follows the bizarre YouTube video titled "Let Me Be Frank," which was released less than a week ago on Christmas Eve, featuring Spacey reprising his "House of Cards" character Frank Underwood in what appeared to be Spacey defending himself (kind of-sort of implying it, anyway) against the mounting allegations of sexual assault and harassment.

However, "Retired Since 2017" is a self-serving and convenient revisionist history of Spacey's ouster from Hollywood. In 2017, actor Anthony Rapp came forward accusing Spacey of making unwanted sexual advances when he was just 14 years old. The "House of Cards" actor was charged last week with indecent assault and battery, a felony, in Massachusetts and is scheduled to be arraigned Jan. 7 for allegedly groping an 18-year-old in 2016. Spacey is reportedly under investigation in London for a half-dozen incidents of alleged sexual misconduct. And he is being sued by a massage therapist in Los Angeles for allegations of sexual assault and battery. But yes, I suppose "Retired Since 2017" rather than a "many-times-accused sexual predator" fits better onto a trucker cap.

Spacey's "Let Me Be Frank" video was equally cringe-worthy. Employing the southern drawl and throaty coarseness that made Frank Underwood terrifying, Spacey spoke directly to the camera, addressing viewers, as his character did throughout his time on the Netflix series. "So we're not done, no matter what anybody says," Spacey as Underwood arrogantly declares. "And besides, I know what you want; you want me back."

After briefly acknowledging that there are some people "who believed everything," and are awaiting a confession — though perhaps "awaiting any indication of atonement from him" would be a more accurate appraisal of where he stands with much of the public — Spacey adds, "But you wouldn't believe the worst without evidence, would you? You wouldn't rush to judgements without facts, would you? Did you? No, not you, you're smarter than that."

"Of course they're going to say I'm being disrespectful by not playing by the rules, like I ever played by anyone's rules before," Spacey continues. He goes on to promise that the "full truth" will come out soon.

It would be easy to condemn and then simply write off Spacey's antics as despicable and desperate. After all, his court date is looming and his career, at this point at least, appears to be over. But there's something particularly sickening about attempting to poke fun at the accusations against him — it makes light of both the seriousness of sexual violence in general and the experiences of his many alleged victims in particular.

When Rapp came forward with his allegations, Spacey did not deny his account. Instead, he said in a statement, “I honestly do not remember the encounter, it would have been over 30 years ago. But if I did behave as he describes, I owe him the sincerest apology for what would have been deeply inappropriate drunken behavior, and I am sorry for the feelings he describes having carried with him all these years.” He then came out as a gay man, as if that had any relevance or bearing on the sexual assault allegation. And then, as more alleged victims began speaking out, a representative for the actor said, “Kevin Spacey is taking the time necessary to seek evaluation and treatment." (He was fired from "House of Cards," with his character killed off, and replaced by Christopher Plummer on the film "All the Money in the World" after his scenes had all been shot.)

So now, more than a year later, Spacey decides that trolling is the smartest way to make a comeback, or whatever it is he's hoping to accomplish with these attention-seeking shenanigans? It's as if Spacey's trying to follow a standard celebrity scandal rubric, like he showed up to a red carpet hammered or gave a tone-deaf interview, and all will be well after a little self-deprecating humor to indicate he can take a few rounds of late-night jokes at his expense. But nobody is laughing about sexual assault allegations — and these stunts won't make anyone forget that.

Spacey is accused of horrific allegations, and Rapp, who gave account of his experiences in detail, spoke about the real trauma and fear that has endured throughout his career and adult life as a result. And the other accusations point to a pattern of alleged abusive behavior, especially given Spacey's power as a famous, older, formerly beloved white male actor.

Spacey's actions over the past week are reminiscent of comedian Louis C.K., who admitted to sexual misconduct last year and apparently believes that's where his accountability should end. Some months later, C.K. has returned to the stand-up circuit, prompting waves of criticism over sets that display a ton of self-pity and zero self-awareness. Both men seem to feel they can minimize the seriousness of the allegations against them by taking control of the narrative through jokes and deliberate provocations. The deafening laughter from C.K.'s recently-leaked set, where he makes fun of other vulnerable people, shows many people apparently are willing to go along with it.

As the #MeToo movement enters 2019, it's deeply frustrating that the safety and well-being of survivors are still being marginalized in favor of the reputations of (especially white) men. Systemic changes and cultural shifts may be few and far between, but no matter how hard Spacey, C.K., et al try, if there's one thing we should no longer allow going forward, it's permission to simply sweep sexual violence allegations under the rug or out of the frame.