If Bernie Sanders is the modern guru of American socialism, Gene Debs is its founding father and guiding spirit 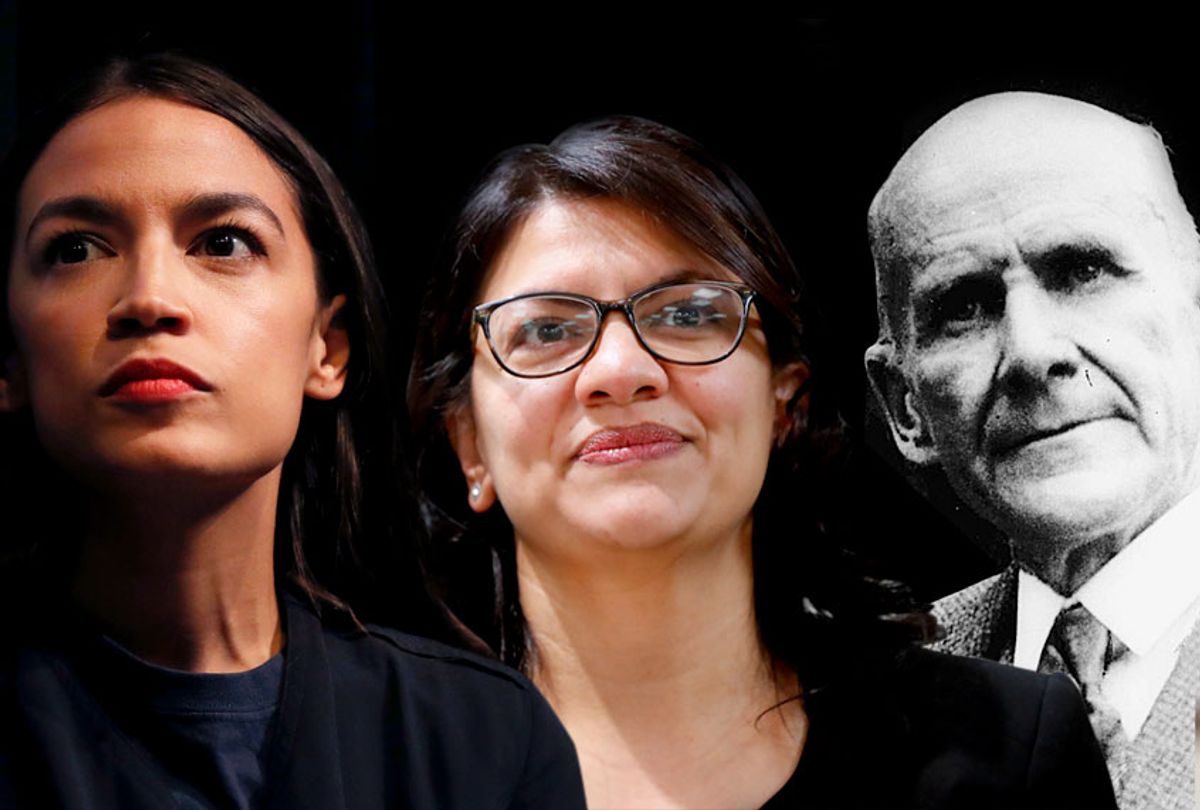 “He’s a smiler,” was how a reporter described Eugene V. Debs the day before the Gilded Age labor leader was arrested for his role in the catastrophic Pullman strike.

This week, as two avowed socialists take seats in the U.S. House of Representatives, Debs is surely beaming from on high. If Bernie Sanders is the modern guru of American socialism, Gene Debs is its founding father and guiding spirit.

Yet the socialism embraced by Debs at the turn of the 20th century and shared by his modern disciples hardly evokes bomb-throwing anarchists or doctrinaire commissars. Debs’s creed was as American as the Indiana heartland from which he hailed. He read Marx, but he cited Thomas Paine and Abraham Lincoln. “I believe in patriotism,” Debs declared. It was the callous capitalists of the industrial era who had betrayed the country’s ideals.

By 1894 Debs had spent 20 years fighting for the rights of railroad workers. That year the employees of the Pullman Palace Car Company in Chicago walked off the job. Members of Debs’s American Railway Union voted to cease handling the elegant sleepers and dining cars the company produced. The sudden cessation of much of the county’s rail traffic brought on a national crisis.

When President Grover Cleveland declared the strike illegal, jailed Debs, and sent in federal troops, the labor leader saw that more fundamental changes were needed. “In the gleam of every bayonet and the flash of every rifle,” he later wrote, “the class struggle was revealed.”

Within a few years, he was proclaiming, “I am for Socialism, because I am for humanity.” He transformed the American Railway Union into the Socialist Party of America and, beginning in 1900, ran for president five times under its banner.

Debs avoided much of the ideological hair-splitting that plagued the left. He brought the movement a tone, not just a set of policy prescriptions. He had worked on the railroads. He had spent countless hours in union halls and taverns, talking and drinking with men who knew what work was. His sympathy for common people guided all his efforts.

And Debs was a dynamo. He traveled the country organizing, encouraging, rallying, and always talking, talking. Tall, rail-thin and bald-headed, Debs spoke with an intensity and clarity that electrified audiences.

He was loved by immigrants who knew hardly a word of English. “His words made men cry,” an observer said, “even when they were not fully understood.” He was called a dreamer, but his dreams resonated with the dreams of the common man. “It was not so much that they cared for what he said,” a New Orleans reporter noted, “but that they cared that he cared for them.”

Bernie Sanders, who has long emulated Debs, called him “the most effective and popular leader that the American working class has ever had.”

But Debs’s socialist message fell on dry soil. Solidarity and the common good were a hard sell in a country devoted to free enterprise and rugged individualism. With his fourth run for the presidency in 1912, Debs garnered 900,000 votes, six percent of the total.

It was to be the high-water mark of American socialism. His opposition to World War I landed Debs in a federal prison — he ran for president one last time from his jail cell. After his death in 1926, socialism drifted to the fringes of the political landscape.

Today’s democratic socialists, riding a wave that mixes deep discontent with youthful enthusiasm, are Debsian to the core. His movement was a reaction to the cruelties of industrialization, theirs to the hypercapitalism that is ravaging the planet for profit. Ocasio-Cortez has implored her followers to give the country hope. Tlaib favors putting “human needs before corporate greed” and building “communities where everyone has a chance to thrive.” Like Debs, who insisted, “You cannot do your duty by proxy,” young socialists preach involvement.

Policymaking is hard. Ocasio-Cortez and Tlaib will never fully achieve their dreams, any more than Debs did. But the tone they bring to our national discourse is a welcome one. So is their core belief that the free market can be slanted toward equality and that capitalism can be regulated to avoid its worst abuses.

To many, socialism is a still a slur. But to the young and idealistic, it’s a hope — maybe a last hope — that the American Dream is salvageable.

Back in the day, Heywood Broun, a hard-nosed New York City columnist, was impressed against his will by Gene Debs. “That old man with the burning eyes actually believes that there can be such a thing as the brotherhood of man,” he wrote. “And that’s not the funniest part of it. As long as he’s around I believe it myself.”

Jack Kelly is the author of "The Edge of Anarchy: The Railroad Barons, the Gilded Age, and the Greatest Labor Uprising in America" (St. Martin's Press).