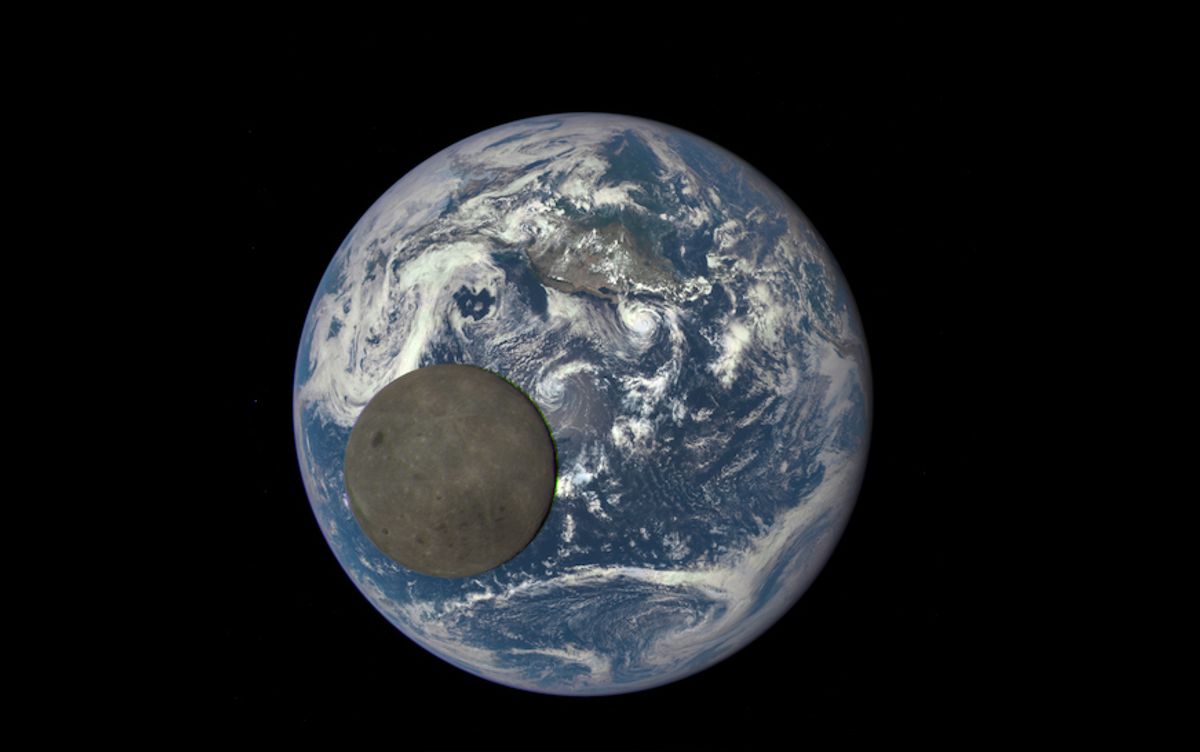 The far side of the moon as pictured with Earth in the background; taken from the Deep Space Climate Observatory spacecraft. (NASA/NOAA)
--

“The far side of the moon is a rare, quiet place that is free from interference from radio signals from Earth,” mission spokesman Yu Guobin said, according to the official Xinhua News Agency. “This probe can fill the gap of low-frequency observation in radio astronomy and will provide important information for studying the origin of stars and nebula evolution.” Likewise, Harvard astronomer Avi Loeb told AP News this landing — by gaining a better understanding of the far side of the moon — could potentially help scientists look back to when the first stars were born, by observing the cosmic microwave background radiation unencumbered by man-made interference.

Sometimes referred to as the "dark" side of the moon, the far side is merely the half of the moon that is never visible from the perspective of an observer on Earth. That happens because the moon is in tidal lock with Earth, meaning that it rotates once for every time it orbits around the Earth — which means we only see one side from the ground. The term "dark side" is a misnomer because the far side receives plenty of sunlight; half of the moon is always illuminated by the sun, much like the Earth.

Xinhua said the probe took a small plant called arabidopsis, which will likely grow the first flower on the moon, albeit within a small, contained biosphere on the robot. Other items that have been brought to the moon within the biosphere include yeast, cotton, rapeseed, potato, and a fruit fly. The mobile greenhouse will observe how well plants, specifically potatoes and small flowers, grow on the moon in the biosphere.

Thursday's landing is the first of its kind on the far side. Its success "opened a new chapter in humanity's exploration of the moon," China's National Space Administration said in a statement.

NASA administrator Jim Bridenstine called it a "first for humanity and an impressive accomplishment" on Twitter.

China didn't send its first satellite into orbit until 1970, making it later to the space race, but the country's space program has made increasing strides recently.