Diversity at the Golden Globes: What the winners had to say backstage

Peter Ramsey, Patricia Arquette, and others spoke out after their wins 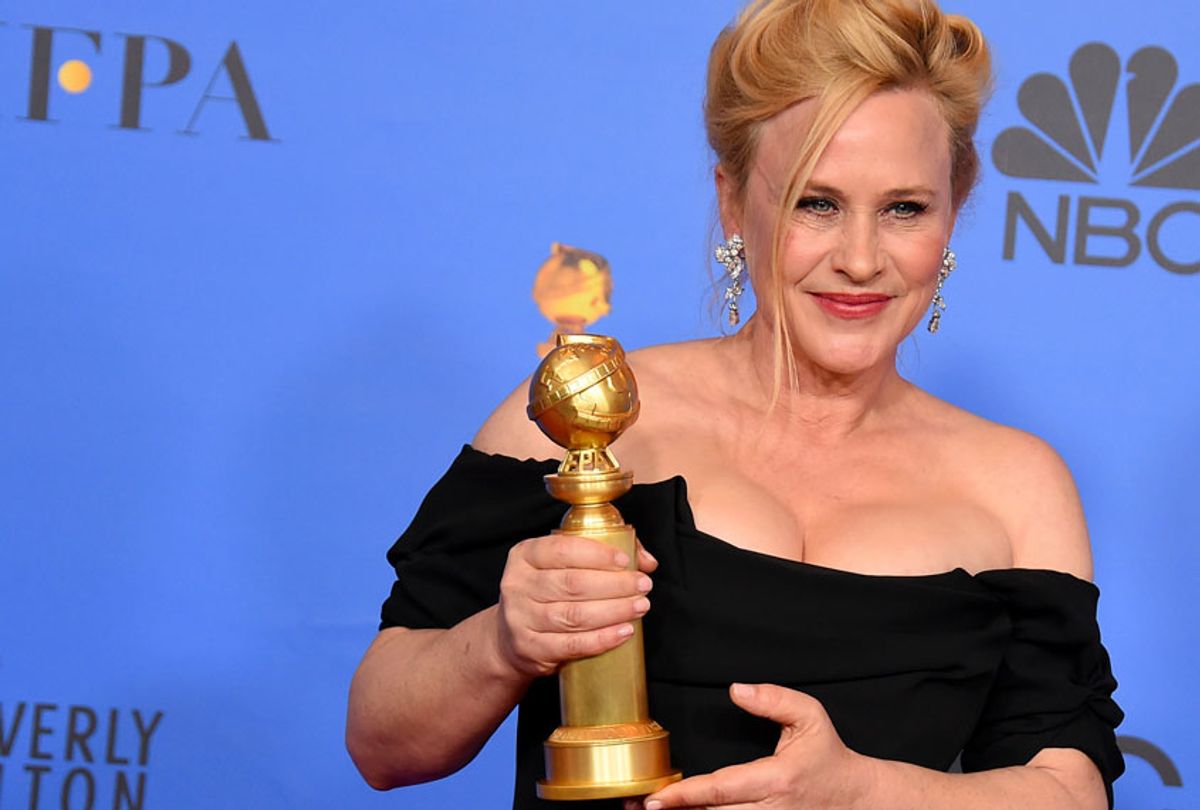 Discussions of diversity at the Golden Globes didn’t end onstage. Sandra Oh set the tone for a refreshingly inclusive evening during her monologue at the top of the show, saying she “wanted to be here to look out into this audience and witness this moment of change,” and several of the winners continued the conversation backstage. After collecting their statuettes, a number of tonight’s honorees — including Peter Ramsey and Patricia Arquette — addressed diversity-related issues while fielding questions from the press.

“Spider-Man: Into the Spider-Verse” co-director Peter Ramsey, who was cut off while accepting the Best Animated Feature award, was gracious about not finishing his thoughts onstage. Getting the chance to do so backstage, he said he wanted to address “the idea that we all felt deeply that anyone can have this kind of experience, be this kind of legend, be this kind of hero character. Miles was able to crystalize that from his first treatment — it made us want to give it our all. Anyone can wear the mask; everyone is powerful, everyone is necessary, and that’s the spirit of the movie.”

Ben Whishaw, honored for his work playing a gay man in “A Very English Scandal,” said, “I really believe that actors can embody and portray anything and shouldn’t be defined by who they are…I think there needs to be greater equality. It should be an even playing field for everybody, that’s where we should be aiming.”

Patricia Arquette, who was an outspoken advocate for pay equality even before her rousing acceptance speech at the Oscars four years ago, spoke more about the issue after being named Best Actress in a Miniseries. “I think diversity’s starting to pay off for Hollywood, and probably always would have,” she said. The actress then spoke of how, as a child, whenever she heard a riddle or story involving a doctor, she “would always assume that doctor was a man” — but she hopes that’s starting to change.

Rachel Brosnahan, asked about women of color and other viewers identifying with “The Marvelous Mrs. Maisel,” said, “I think at its core it’s about a woman finding her voice in a brand new way, and that’s something that’s been happening all over the country. It’s been lovely to hear from people of all different races and cultures all the ways they connect to the show…it’s been really lovely.”

“Being half-Filipino is one of my favorite things about myself,” Darren Criss of “The Assassination of Gianni Versace: American Crime Story” said, in part because he has no control over it — and has to live up to it. “I feel like I’ve been given a superhero cape that I now have to step up to the plate for. I’m onboard for that, it’s a great privilege, and I’m very proud.”

Read more IndieWire: Golden Globes 2019: What the Winners Mean for the Oscar Race

After noting that she was the first person of color to host the Globes, Oh said she’s “aware of what it means, and I most humbly take that on and always try to do my best.”

The 76th Golden Globes, hosted by “Killing Eve’s” Sandra Oh and “Brooklyn Nine-Nine” star Andy Samberg, were held in the Beverly Hilton International Ballroom in Beverly Hills, CA on January 6, 2019. Created by the HFPA, a group of approximately 90 international journalists who determine the nominees and winners, the Golden Globes honor the best of film and television from the year prior. You can read about all the evening’s winners and festivities via IndieWire, and make sure to check out the night’s photo gallery above.