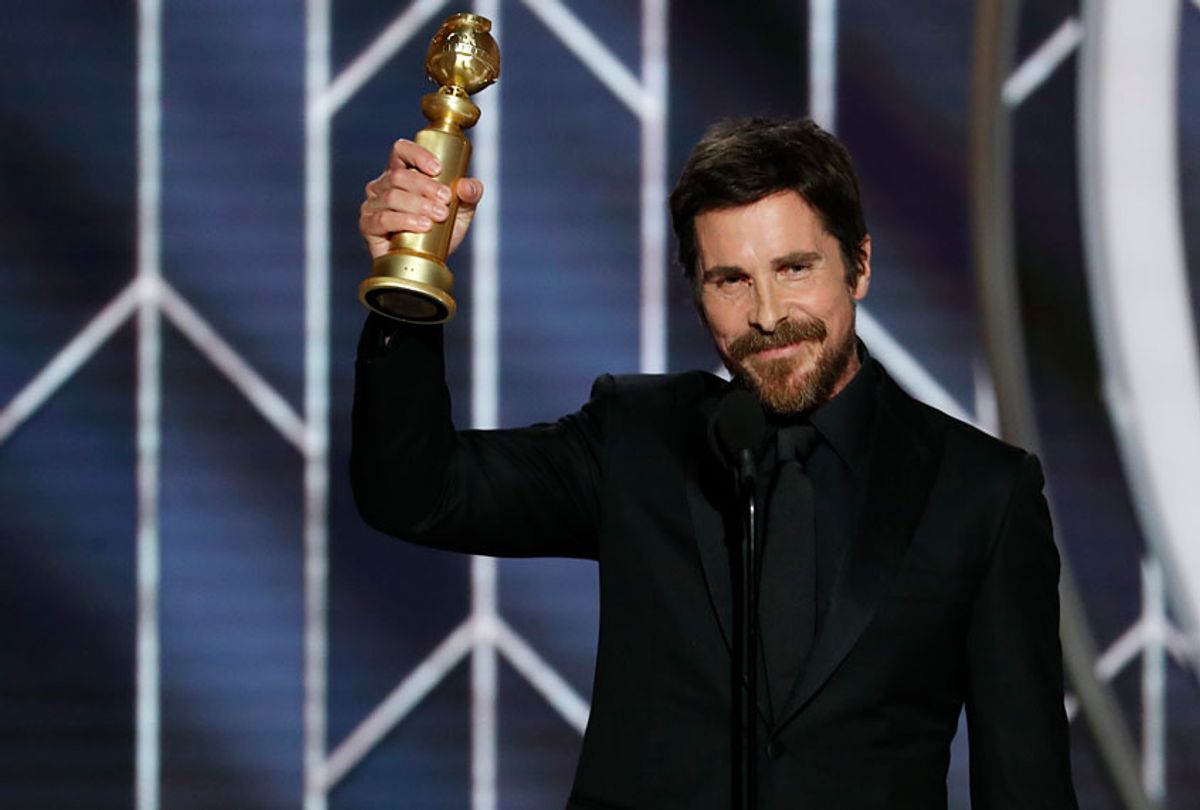 Christian Bale from “Vice” accepts the Best Actor in a Motion Picture – Musical or Comedy award onstage during the 76th Annual Golden Globe Awards at The Beverly Hilton Hotel on January 06, 2019 in Beverly Hills, California. (Paul Drinkwater/NBCUniversal via Getty Images)
--

Christian Bale stole the 2019 Golden Globes when he accepted the award for Best Actor in a Motion Picture Musical or Comedy and referred to Satan as influencing his take on Dick Cheney in “Vice.” “Thank you to Satan for giving me inspiration on how to play this role,” the actor told the Globes audience, who promptly cheered and laughed at the jab. While Bale’s comments are proving divisive on social media, one group who absolutely approves of the comment is The Church of Satan.

“To us, Satan is a symbol of pride, liberty and individualism, and it serves as an external metaphorical projection of our highest personal potential,” the Church wrote on its social media pages. “As Mr. Bale’s own talent and skill won him the award, this is fitting. Hail Christian! Hail Satan!”

The Church of Satan continued by giving some more praise to Bale, calling his interpretation of Bruce Wayne/Batman in Christopher Nolan’s “Dark Knight” trilogy the “best Batman ever.”

While the Church loved Bale’s Satan comment, Liz Cheney most certainly did not. The eldest daughter of Dick Cheney and Lynne Cheney stood up for her father on social media by slamming Bale and directing followers to the actor’s 2008 arrest for alleged assault. Bale was arrested in July 2008 after his mother and sister reported he lashed out at them at The Dorchester hotel. Bale has long denied the allegations and he was not charged.

Bale’s Golden Globe win for “Vice” was his second following “The Fighter.” The film, directed by Adam McKay, is now playing in theaters.