"Our leaders, both sides: No more walking out, no more posturing for the cameras," McCain says on ABC's "The View" 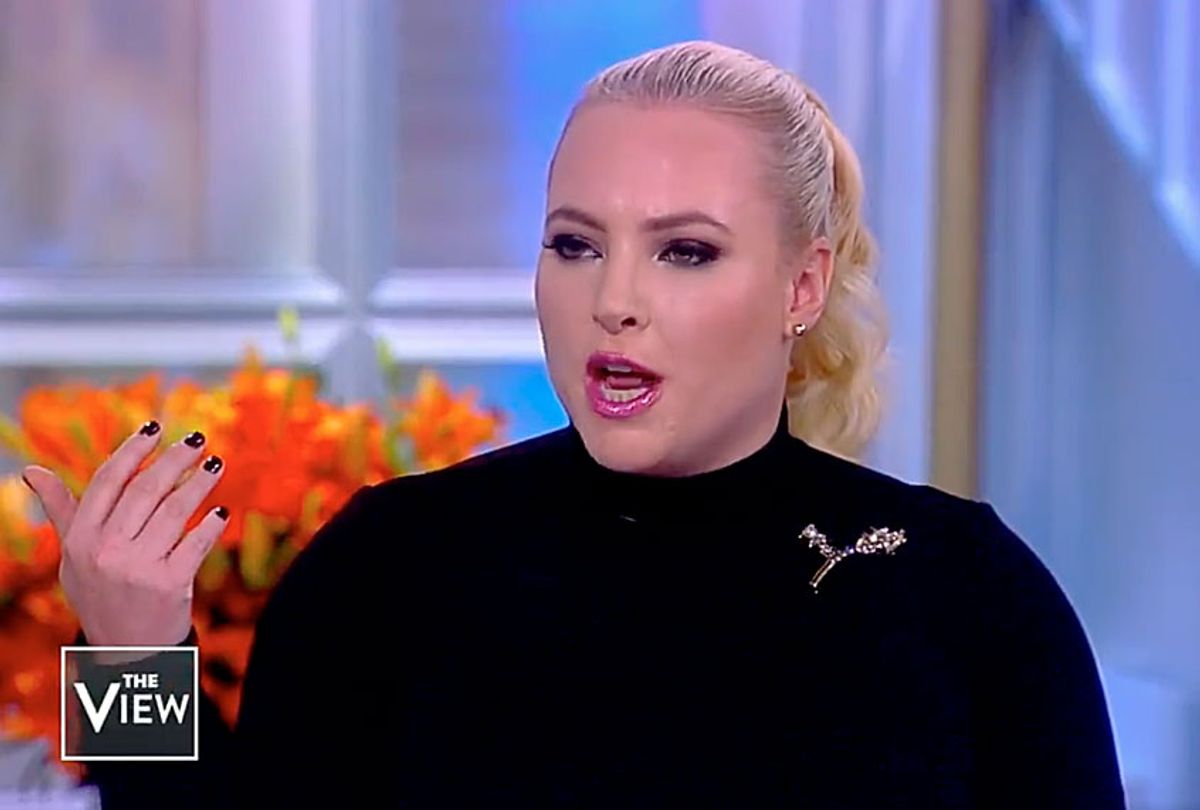 The View’s Meghan McCain tried to blame Democrats as much as President Donald Trump for the ongoing government shutdown — and got shut down herself.

“This makes everyone collectively look bad,” McCain began. “If there’s one thing we can agree on, this is a bunch of bull. I’m over it and I think everyone else is over it. Our leaders, both sides: no more walking out, no more posturing for the cameras.”

“You know what’s not productive? Saying that it’s all Trump’s fault,” she began shouting. “Because then you want to know what happens? Then I go, ‘all right, let me give you a list of what Nancy and Chuck haven’t done, what the Democrats are doing.'”

“I’m trying to find a place where we can all come together to get our government working because everyone is losing on this,” McCain continued to yell, as co-host Sunny Hostin tried to change the subject. “I don’t want posture politics. I don’t want to be like the crappy politicians on this show today. I don’t want to do that. I want us to come together.”

McCain, who admitted she was feeling particularly “paranoid and neurotic” over the shutdown continued shouting incoherently over the rest of the table until Whoopi Goldberg had enough and cut to commercial.