Marie Kondo to bibliophiles: No, you don’t need to throw away your books 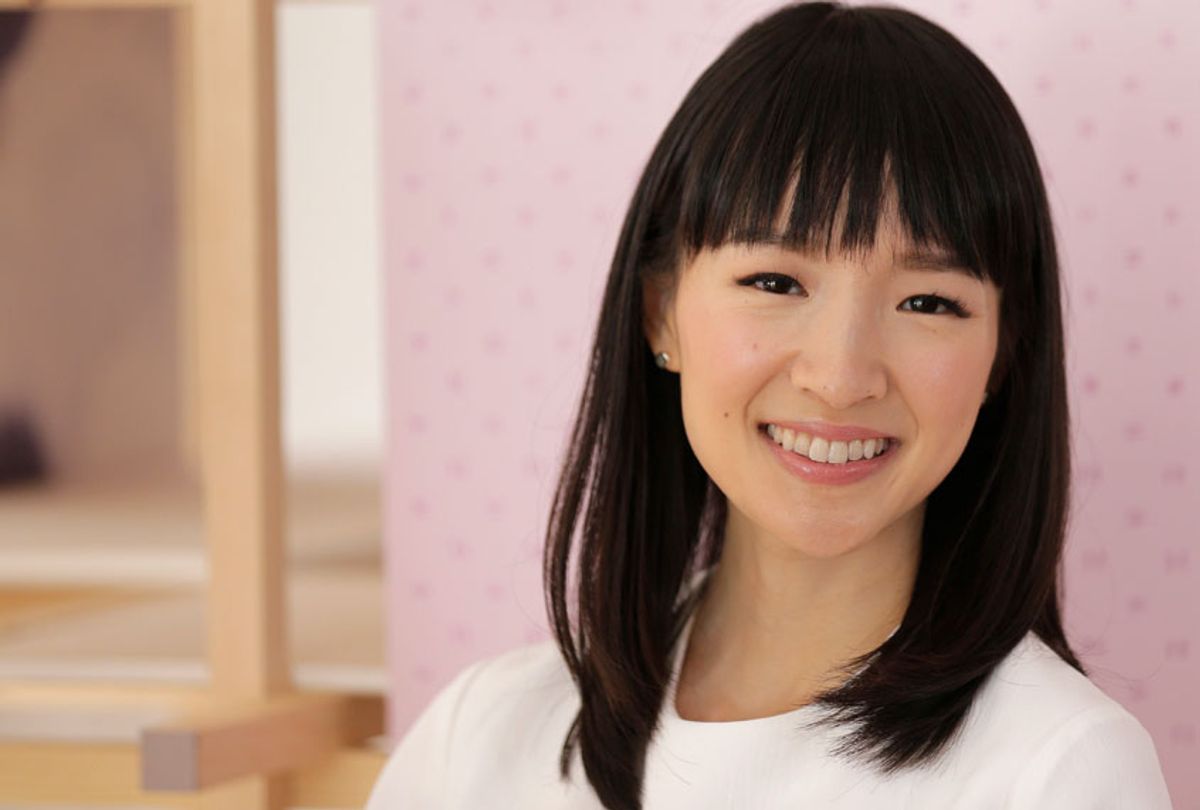 Book lovers, calm down. When “Tidying Up With Marie Kondo” hit Netflix Jan. 1, America embraced her little folded T-shirt rectangles and shoeboxes reused to organize small items. But when it came to tossing out books — well, those were fighting words.

Others were more levelheaded, noting that the KonMari Method was not tantamount to book burning.

IndieWire spoke to Kondo to set the record straight and, no, she doesn’t want people to get rid of all (or even most) of their books.

“The most important part of this process of tidying is to always think about what you have and about the discovery of your sense of value, what you value that is important,” she said through interpreter Marie Iida, who also appears on the series. “So it’s not so much what I personally think about books. The question you should be asking is what do you think about books. If the image of someone getting rid of books or having only a few books makes you angry, that should tell you how passionate you are about books, what’s clearly so important in your life. If that riles you up, that tells you something you about that. That in itself is a very important benefit of this process.”

Kondo’s own book, the best-selling “The Life-Changing Magic of Tidying Up: The Japanese Art of Decluttering and Organizing,” has always advocated retaining things that spark joy for each individual. She approaches decluttering as a personal matter: Kondo doesn’t suggest that her preference for only keeping 30 books should be the same for everyone else.

Her Netflix series emphasizes individual preference; Kondo doesn’t blink an eye or judge when she’s faced with a roomful of year-round Christmas decorations. It’s clearly is a passion for her client, so Kondo recommends large clear storage containers so her client can store her Nutcracker collectibles upright as well as see what she has, so she doesn’t buy duplicates.

Kondo also want to clear up any “Fahrenheit 451” apprehensions. “I do think there is a misunderstanding of the process, that I’m recommending that we throw away books in the trash or burn them or something,” she said. “I always recommend donating them, so if that’s part of the misunderstanding, then that’s certainly being mixed up.”

Finally, Kondo acknowledged that her recommendation to purge more books than some American clients may be comfortable with could stem from a cultural difference.

“I grew up in Japan, and the climate there is very humid. So it’s damp and the moisture in the air causes lots of damage to the books. It’s not great to have a lot of damaged books. The books themselves won’t even open, they’re so damaged,” she said. “So if you’re retaining so many that you’re not reading, you might have to let go of some. But I’ve learned through this experience that’s very different in a foreign country where the climate is very different, and you’re able to keep the books in beautiful condition. Plus, you have more space to keep them, and that’s perfectly fine, so that’s one of the biggest things I learned through this process.”

In her first book translated into English in 2014, Kondo reveals that she first found her love of tidying up as a child when she’d forgo playing outside with other kids and instead neaten the school’s bookshelf. Later, her tidying breakthrough occurred when she erroneously approached the process by discarding things not in use, but ended up shopping to fulfill the emotional void of their absence. She recalibrated, realizing that retaining cherished things created better satisfaction.