Rep. Alexandria Ocasio-Cortez has a message for the politicians who want her to "wait your turn" 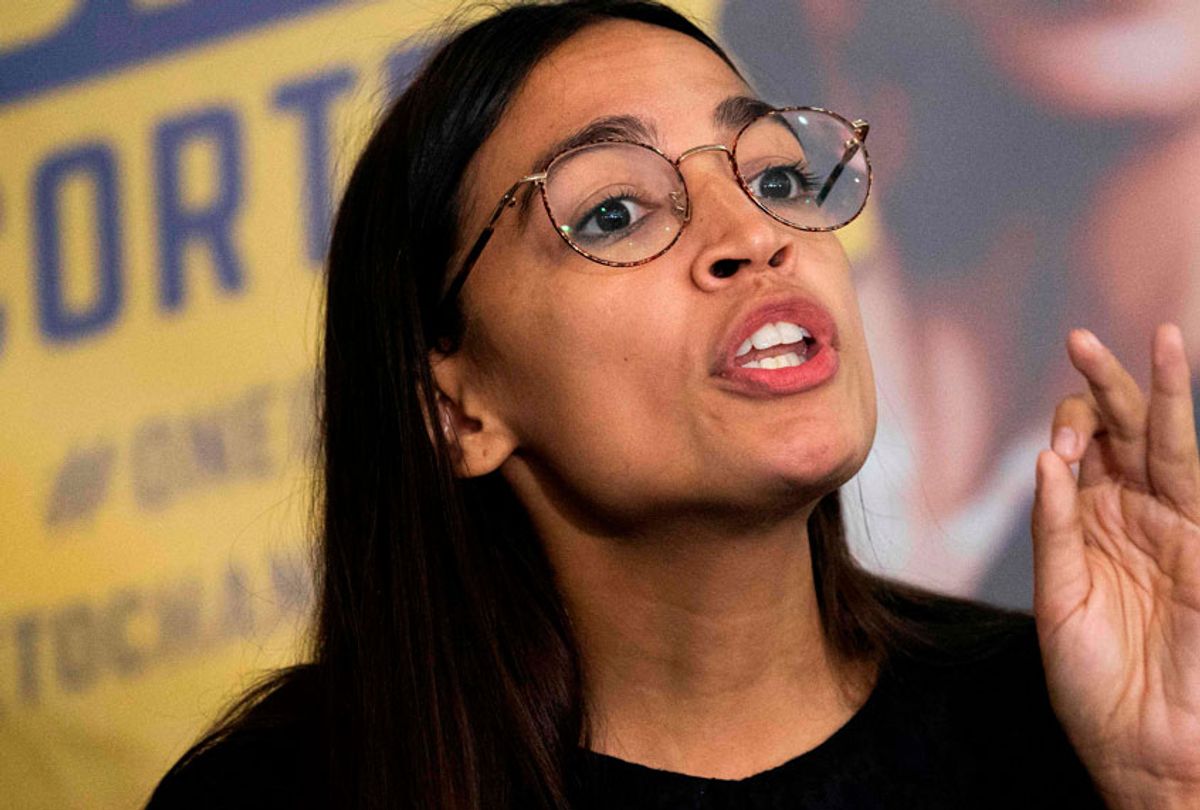 On Monday night, Rep. Alexandria Ocasio-Cortez (D-NY) appeared on The Late Show with Stephen Colbert and weighed in on her explosive rise from her life as a bartender in the Bronx to one of the most closely-watched freshman members of Congress.

“Rule No. 1 is to be authentic, to be yourself and don’t try to be anyone that you’re not,” she said of her engagement on social media, and her efforts to help fellow members of her party communicate more effectively. “So don’t try to talk like a young kid if you’re not a young kid. Don’t post a meme if you don’t know what a meme is — that was literally my advice, and I said don’t talk like the Founding Fathers on Twitter.”

Colbert eventually asked her if, when if comes to members of her own party telling her to “wait her turn” and “don’t make waves … on a scale from zero to some, how many fucks do you give?”

Ocasio-Cortez has taken so much of the spotlight not just because she is the youngest woman ever elected to Congress, or because she is so outspoken on social media, but also because she is a fearless advocate for democratic socialist policies — and her ability to speak clearly in favor of an economic agenda that runs contrary to decades of Washington conventional wisdom, but that polls well with the general public, is clearly terrifying to Republicans. The combination of all these things has made her a target of ridicule by the right — but most of this ridicule is falling flat.

It is becoming clear that Ocasio-Cortez has already disrupted the culture on Capitol Hill just weeks after arriving. But she hasn’t even gotten started.