Jose Baez is heading up the new legal team, but actress Rose McGowan has called it a “major conflict of interest” 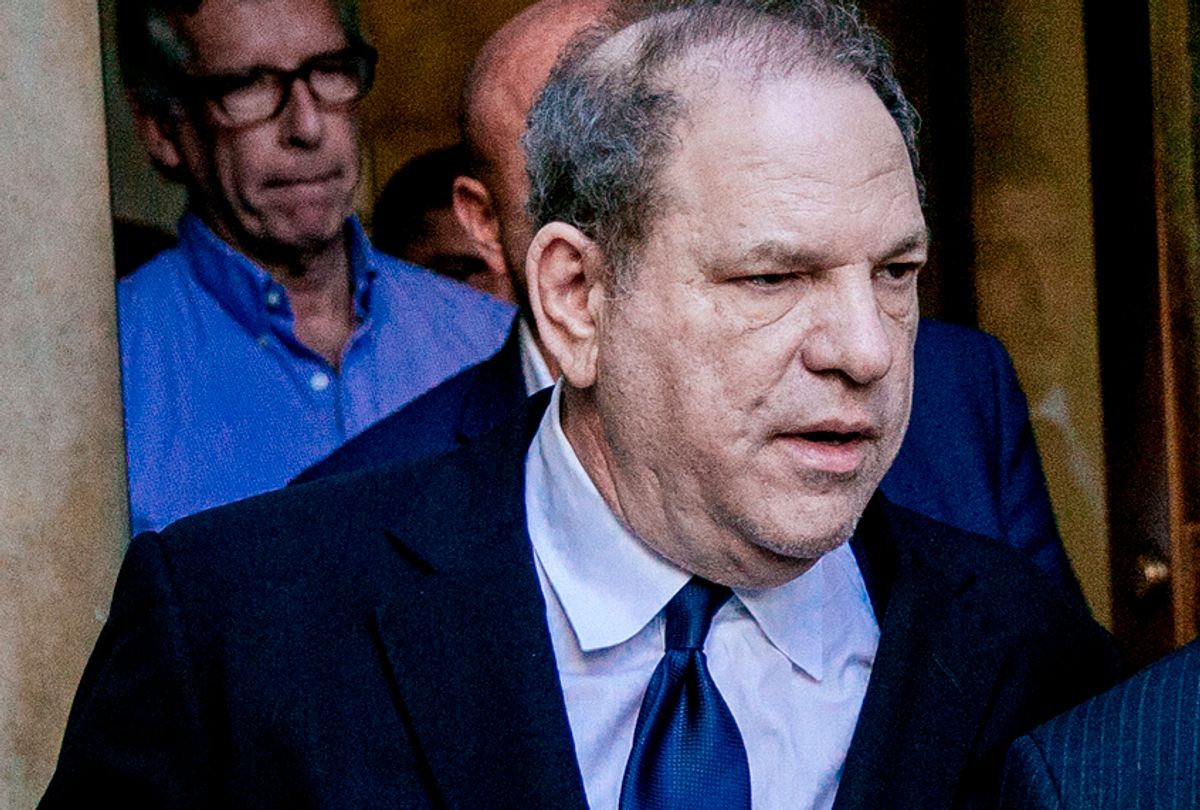 Disgraced Hollywood producer Harvey Weinstein has officially axed Ben Brafman as his lawyer ahead of his sexual assault trial, and assembled a new defense team headed by high-powered attorney Jose Baez. Baez is best known for his work on several high-profile murder cases, representing Casey Anthony, who was acquitted of killing her two-year-old daughter in 2011, and former NFL star Aaron Hernandez, who was found not guilty of a double homicide in 2017.

More recently, however, Baez represented actress Rose McGowan in a drug possession case resolved last year with a no contest plea. Not only was McGowan one of the first women to publicly accuse Weinstein of rape back in 2017, but she also expressed her suspicion that he was involved in planting the drugs which led to the possession charge. According to the indictment in that case, authorities at Washington Dulles International Airport found cocaine in a wallet that McGowan had accidentally left behind in January 2017. An arrest warrant wasn’t issued until late October, after McGowan came forward with a sexual assault allegation against Weinstein; in a tweet published October 30th, 2017, McGowan wrote, “Are they trying to silence me?” and initially pleaded not guilty. In court documents filed in February 2018, Jessica Carmichael — McGowan’s attorney before she hired Baez — argued that Weinstein could have had drugs planted in McGowan’s wallet during the five hours before it was found by the airport’s cleaning crew.

“It is now public knowledge that Weinstein employed underhanded tactics to ‘silence’ his victims’,” Carmichael wrote.

By the time McGowan was formally indicted in June 2018, she’d hired Baez, who told TMZ, “Rose steadfastly maintains her innocence. These charges would have never been brought if it weren’t for her activism as a voice for women everywhere.”

Also joining Weinstein’s legal team is attorney Ron Sullivan, a Harvard Law professor who worked with Baez on the Hernandez case and served as his co-counsel in McGowan’s drug possession case. While McGowan is not one of the two accusers involved in the current criminal case against Weinstein, in an interview with the Daily Beast, she called Baez and Sullivan’s new gig “a major conflict of interest.”

Read more Rolling Stone: Weinstein Lawyer Says He Supports #MeToo, But Leave Weinstein Out of It

“I knew there was shadiness going on behind the scenes,” McGowan told The Daily Beast. “This is why my case didn’t go to trial — my instinct was my lawyers had been bought off. I thought Harvey would get to them behind the scenes and I wouldn’t have fair representation. I asked Jose Baez directly if he would ever work with Harvey and I told him it was my fear that he would be bought off while representing me. He responded by saying, ‘I don’t like to lose.‘”

McGowan said that when she spoke with Baez recently, he didn’t mention Weinstein, but “this does not happen overnight, they have been planning it for sometime.”

In a statement to Rolling Stone, Baez and Sullivan said, “We were pleased to represent our former client, Ms. Rose McGowan, in a matter unrelated to Mr. Weinstein’s current charges. After consultation with ethics counsel, we are certain no conflict of interest exists. We wish Ms. McGowan well with all her future endeavors.”

According to Page Six, Weinstein’s longtime lawyer Blair Berk will be taking on a larger role on Weinstein’s new legal dream team, which also includes attorneys Pam Mackey — who represented Kobe Bryant when he was accused of rape in 2003 — and Duncan Levin.

Weinstein’s new representation won’t be formalized until Justice James Burke signs off on the arrangement at a hearing this Friday. Weinstein’s trial is still scheduled to begin on May 7th, though it’s not clear if this legal musical chairs will result in a postponement.