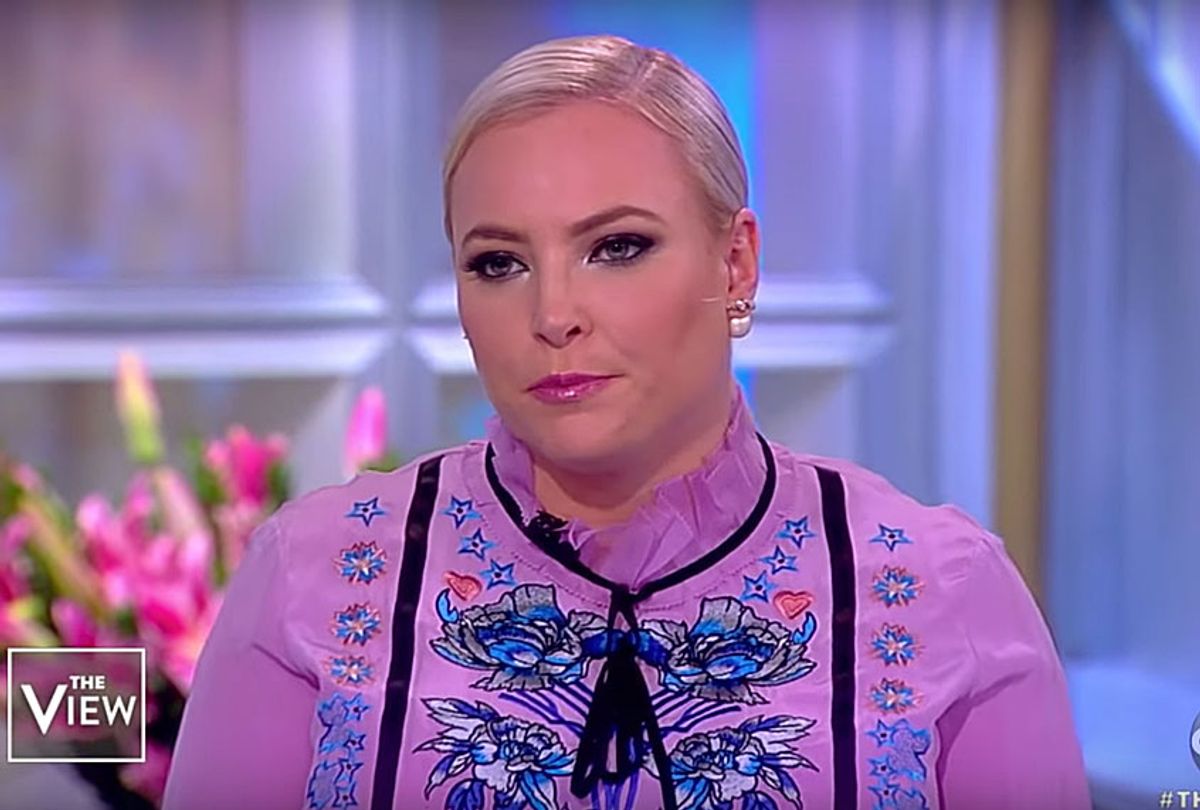 The View’s Meghan McCain lost her temper on Thursday when her dogged efforts to blame President Donald Trump’s shutdown on “both sides” got obliterated by co-host Sunny Hostin, who not-so-calmly explained that the president had “manufactured this nightmare” all on his own.

McCain was already in a tough spot after co-host Joy Behar ran a clip of the president’s infamous televised meeting with Nancy Pelosi and Chuck Schumer, in which Trump declared he was “proud to shut down the government”

“To Democrats, you as a Democrat, what culpability do you hold in this? Because everyone is screwed right now,” McCain blustered, her voice rising. “We’re talking about TSA workers that aren’t getting paid. People aren’t getting paid. Both sides should be adults about this including on this show to get it right, and I’m sick of playing politics on this show every day with issues that affect everyone.”

“He’s also the president,” interrupted McCain, sneering at the former federal prosecutor. “He has that power.”

It is widely acknowledged among Democrats that giving in to the president’s demands would only encourage future government shutdowns to force acquiescence to the executive branch.