Bogus fish is everywhere; here's how you avoid the worst of it 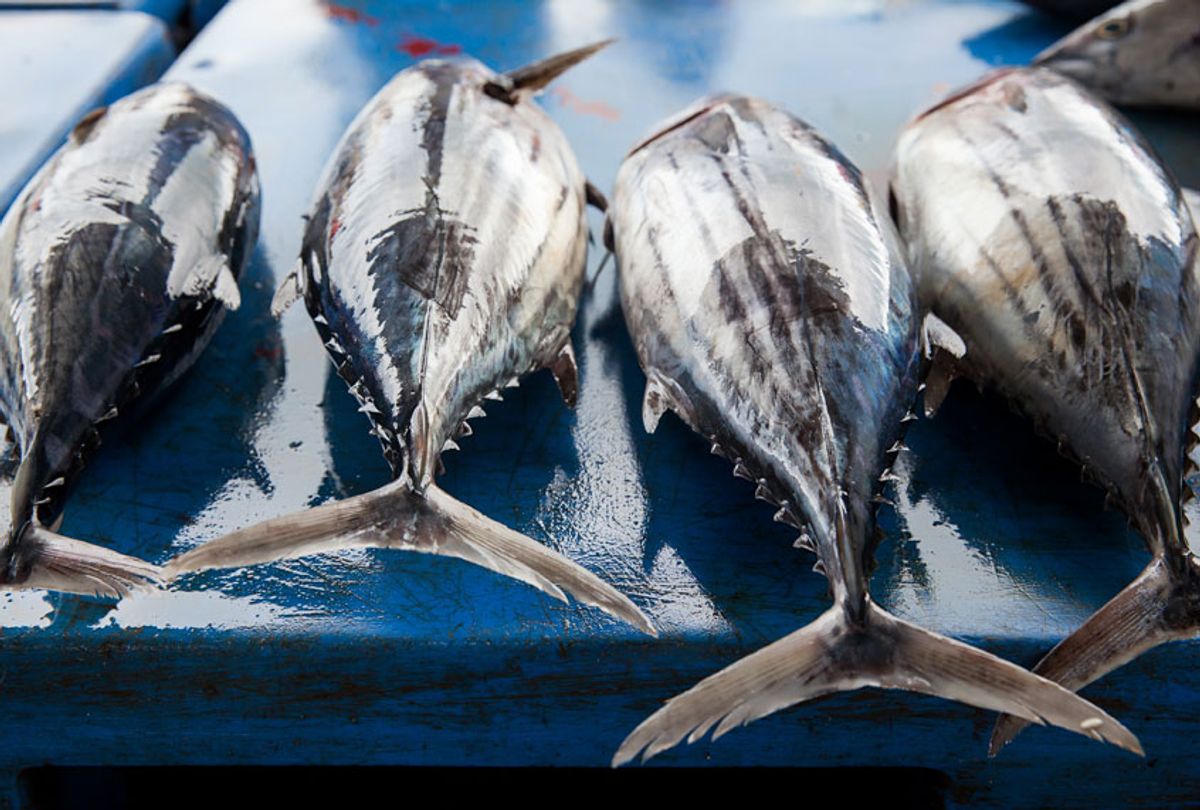 In New York, according to Attorney General Letitia James, if you are buying Lemon Sole, Red Snapper, or Wild Salmon it is likely that's not what you're taking home.

Late last month the attorney general's office issued a report  asserting that 43 percent of the time, when premium priced fish — like grouper, cod, halibut, striped bass, and white tuna — fetching between $19 and $29 per lb. is purchased, inferior varieties farmed in foreign countries with very little or no regulatory oversight, costing as little as $3 per lb., is substituted by the retailer.

"I'm very happy to see law enforcement getting involved says," Larry Olmsted, author of "Real Food/Fake Food: Why You Don't Know What You're Eating and What You Can Do about It." "Mislabeling is rampant in the seafood industry, and if you can't reliably get the fish you want in a port city like New York, just imagine what levels of fraud are like further inland. This business has had a fraud problem for years and years and the only people tracking it have been public interests groups."

According to A.G. James' report  samples from 155 locations were purchased and tested. Farmed salmon samples were sold as "wild" 27 percent of the time. Sixty-seven percent of red snapper fillets were mislabeled and virtually all of the lemon sole (87 percent) were something entirely different.  Across the board substitutes were cheaper, less desirable, and less environmentally sustainable species. This while the U.S. per capita consumption of seafood for 2017 has increased to 16 pounds from 14.9 pounds in 2016.

"For white-fleshed fish, supermarkets and grocery stores that are jerking their customers around usually sub-in Asian catfish varieties called swai, panga and basa," says Robert DeMasco, owner of Pierless Fish in Brooklyn, a seafood wholesaler with a client list including many of the country's most celebrated restaurants. These catfish varieties don't even rate compared to the more well known durable darling of American aquaculture, tilapia. "There's no way of knowing how swai and the others are raised, what kind of antibiotics are used on them — though, you can bet whatever it is there's a ton of it being used. There's no way of knowing what they get fed. In Asia — Thailand, Cambodia and Vietnam mostly, there's very little regulation and you know what's crazy? Ninety percent of the fish Americans eat is coming from foreign countries."

"For the most part, the fish Americans eat is already filleted," says Olmsted. "The majority of it is already prepared and served in restaurants and we all know that means battered and fried, so there's not a lot of opportunity for consumer education and that's what it is going to take to cut down on fish fraud. This is the same thing that happened with the organic movement, it can be done, it will just take time and the kind of oversight that's being signaled from New York."

The comparison to consciousness-raising around organic methods is apt. There has been a growing understanding about the perils of industrial agriculture in Europe and England since the 1920s, but modern organic farming and husbandry in America was limited to the passionate ad-hoc foodways in hippie hidey-holes concentrated outside elite urban enclaves up and down the East and West coasts. Organic food eventually groundhogged the popular imagination in the 1980s and when it did all hell broke loose. "Everything had 'organic' stamped on it," says Olmsted of Big Food's effort to seize a new marketing tool. "Mercifully, after a real battle, the USDA put rules in place to standardize what organic meant."

Every year since 2000, when the rules governing the National Organic Program were established, consumer demand for organic food has grown by as much as 20 percent. A similar awareness about where fish comes from could, one day, establish a secure supply chain for seafood, says DeMasco.

"In the fish business there are words that sell fish. 'Snapper' is one of those words. Another word is 'grouper.' It is really hard to sell a fish that is not called snapper or grouper, so of course they're the most ripped-off fish in the store, but people just aren't interested in lieu de mer, or even pollack, really. Turbot? That's a nice fish," says Demasco. "Very hard to sell."

"On menus people like descriptions. I think it's the romance, the story in their head," DeMasco continues. "'Line-caught' this, 'day boat' that.' 'Diver scallops' is a big one. People love a diver in a wetsuit getting their scallop for them. There are some, sure. I know a lot of the guys. But how many menus in this city, this country have a 'diver scallop' on it? There aren't that many divers. No. Scallops are dredged. 'Dredged?' Dredged is not a sexy word."

"If you make an effort to educate yourself, if you seek out a local fish market and you talk to the guy about the whole fish on display, say a red snapper, which is a fish that is swapped out all the time,  then you're way ahead of the game," says Chef Bill Telepan of Oceana restaurant in midtown, and the Executive Chef at Wellness In Schools, a non-profit that educates kids about sustainability and food security. "You can ask them to fillet it for you if you're not ready to do that. It costs a little bit more but you know what you're getting. Also, learning a little about the seasons for wild seafood goes a long way."

Maybe there's a bright side of a significant and pervasive fraud ongoing against the American consumer. It does indicate a demand for antibiotic and chemical-free protein, and we could almost all do with a little break from beef in our diet.

"I'm a big fan of some of the branding efforts that are going on in aquaculture, it makes it easier to identify and patronize the good guys," says Olmsted "there are good American outfits farming salmon, even shrimp. People want this stuff and companies know it, and it's not just Whole Foods, it's Costco and BJ's."