Cardi B refuses to be silenced, proving the best way to neutralize right wing trolls is to "dog walk" them 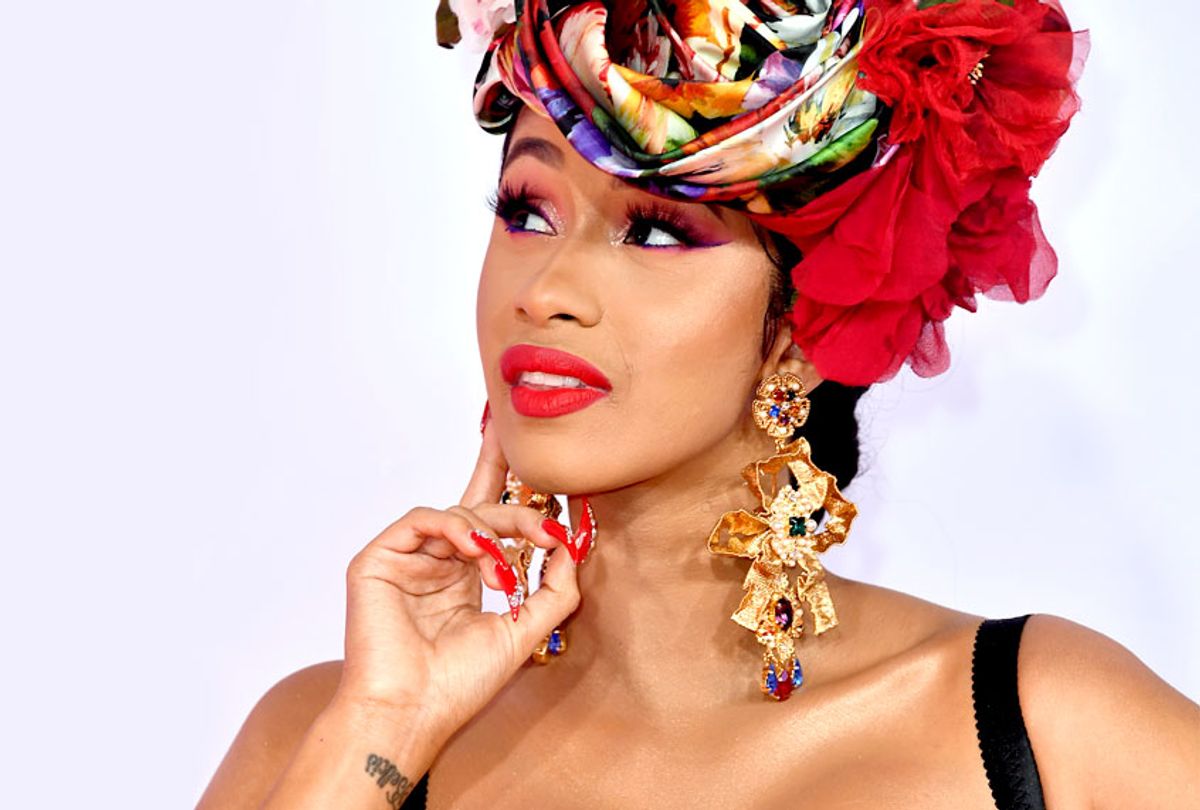 As quickly as Cardi B’s Instagram address about the government shutdown went viral, the 26-year-old rapper became the latest target for right-wing conservatives to harass online.

“All these conservatives been harassing me and telling me the most disgusting things these past few days,” Cardi B tweeted on Jan. 22. "Listen I’m not telling ya to turn liberal all I’m saying is to admit that your president is fuckin up this country right now! Liberal or conservative we ALL suffer as citizens.”

The collective intimidation from the right culminated after conservative commentator Tomi Lahren mocked Cardi B’s political commentary, which was a much needed reality check on the government shutdown. (“Our country is in a hellhole right now,” Cardi B said, “all for a fucking wall.”)

“Looks like @iamcardib is the latest genius political mind to endorse the Democrats. HA! Keep it up, guys! #MAGA2020,” Lahren tweeted.

Cardi B replied, advising Lahren to leave her alone or she would “dog walk” her.

“I’m sure you would,” Lahren said. “Still doesn’t make your political rambling any less moronic. #BuildthatWall.”

Cardi B ended the public exchange, telling Lahren she is “so blinded with racism that you don’t even realize the decisions the president you root for is destroying the country you claim to love so much.”

And it didn’t stop there. Lahren made her media rounds, going on "Fox & Friends" to talk about how the hip hop star threatened physical violence on her (for the record, one definition on Urban Dictionary defines “dog walking” as “total domination” in addition to beating someone’s ass, and it is unclear what exactly Cardi B. meant).

Since the Twitter conversation, many media outlets have reported on a “feud” between the two, using a tired playbook: pitting two women against each other and sensationalizing the exchange, which only fuels it in the end. There is no doubt that the two engaged in a public conflict, but what many reports on the matter failed to contextualize the pattern their exchange falls into: When a woman — particularly a woman of color — speaks out about politics, and the public listens, the far right immediately tries to silence her through harassment.

We’ve seen it happen with Rep. Alexandria Ocasio-Cortez, who has become somewhat of an obsession with many Republicans. Ditto Rep. Maxine Waters. Donald Trump flat out called Hillary Clinton a “nasty woman." Stormy Daniels has been degraded by many simply because of her profession as a sex worker, too. The attempts to marginalize these accomplished women through harassment have sexist, and in applicable cases racist, overtones.

Donald Trump’s presidency has inspired rage in progressive women, which they've turned into action. Since a record-breaking number of women were sworn into the House and Senate this year, many breaking barriers for religion and race, it is likely that women feeling inspired and empowered will continue to become more involved in politics, too. The center of the patriarchy is becoming increasingly unstable as it breaks down and is being reformed with more diverse leadership, and perhaps that is why popular opinions from women like Cardi B are so threatening to right-wing pundits. Or maybe it is simply her refusal to be silenced.

Politics and theories aside, Cardi B deserves respect and to be listened to. Political commentary is not reserved to those who work in politics — and anyway, even being elected to Congress won't spare an outspoken progressive woman. Hip hop artists have a long history of political speech, of pushing for change by making music about injustice, racism, poverty and class struggles. Social media has only given many of these artists an even more open platform to make this kind of commentary more frequently and outside of the recording studio or concert stage. As Cardi B explained in a GQ interview, politics have always been of interest to her: "I love government. I'm obsessed with presidents. I'm obsessed to know how the system works." And as many signs at the Women’s March last weekend indicated, her video about the government shutdown resonated with many followers.

In a true democratic society, anyone should be able to share their political opinions without being berated by pundits tweeting disgusting things in response. However, as online harassment trends show, we still have a long way to go before that happens. Fortunately, that doesn’t appear to be stopping Cardi B, whose fierce resistance to being silenced will only inspire more women to speak up stand their ground too, even when the trolls roll in.