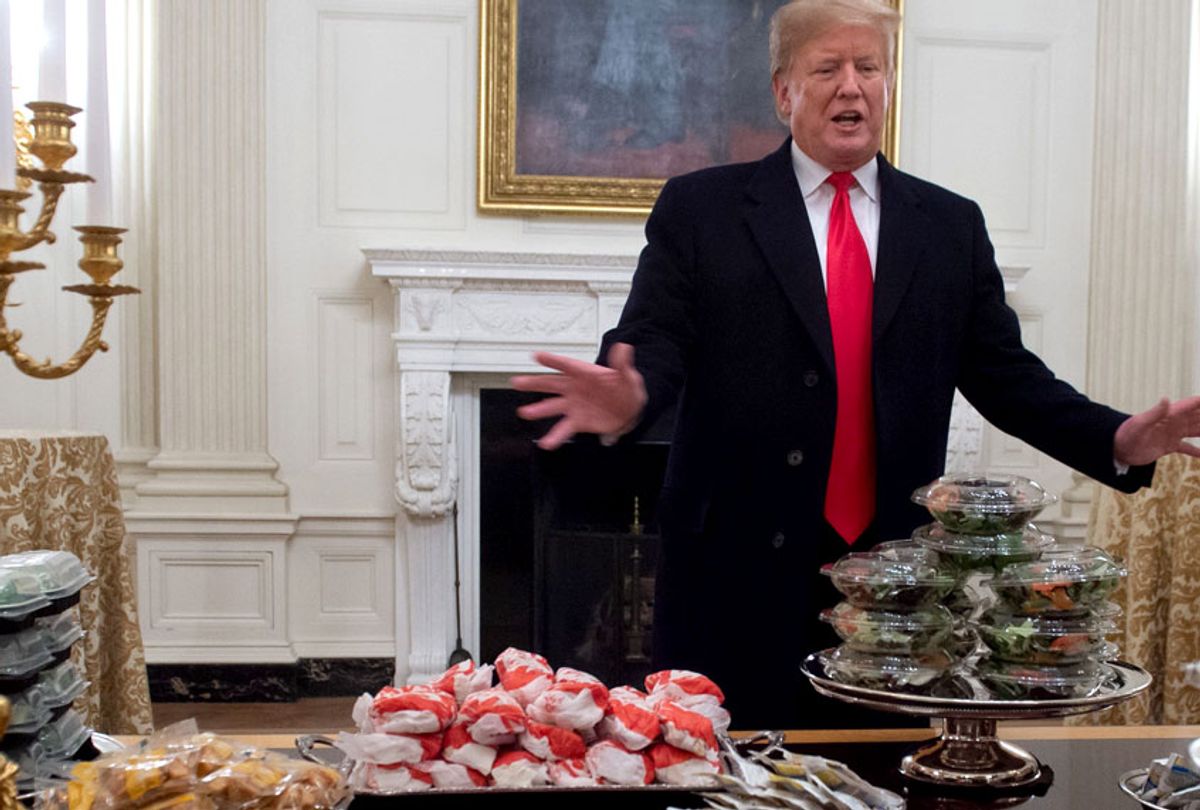 Earlier this month, during the government shutdown, President Donald Trump hosted the Clemson Tigers to celebrate their National Championship win. The football team feasted on an assortment of fast food and the president drew criticism for not serving the athletes a nicer meal.

In an exclusive report, The Root found that not all of the team members participated. A handful of players refused to attend the dinner, citing President Donald Trump’s divisive policies, with some outright calling him racist.

Three black Clemson players told the President that many players, black and white, did not want to attend the dinner.

Most of Clemson’s white players showed up. Meanwhile, three-fourths of the school’s black football players opted out.

“It wasn’t like we had a team meeting or anything,” said one of Clemson’s offensive stars who spoke with The Root on the condition of anonymity. “Players were talking amongst each other but everybody was like: ‘I’m not going to that.’”

The Root also found that although coaches didn’t directly pressure the players to attend, some worried that their scholarships or their time on the field would be in jeopardy if they chose not to go.

“Not saying anything against the players who went,” one junior told the Root. “But if you look at who went—freshman and people fighting for playing time—you’ll see what I’m talking about.”

“We had 76 student-athletes (approximately two-thirds of the team) make the trip to D.C.,” Joe Galbraith, Clemson’s associate vice president for strategic communications, said in a statement. “For a variety of reasons, several players were not able to adjust schedules to make the trip.”