At a post-screening panel, some of the embattled leaders spoke out about controversy, conversation, and Berg's film 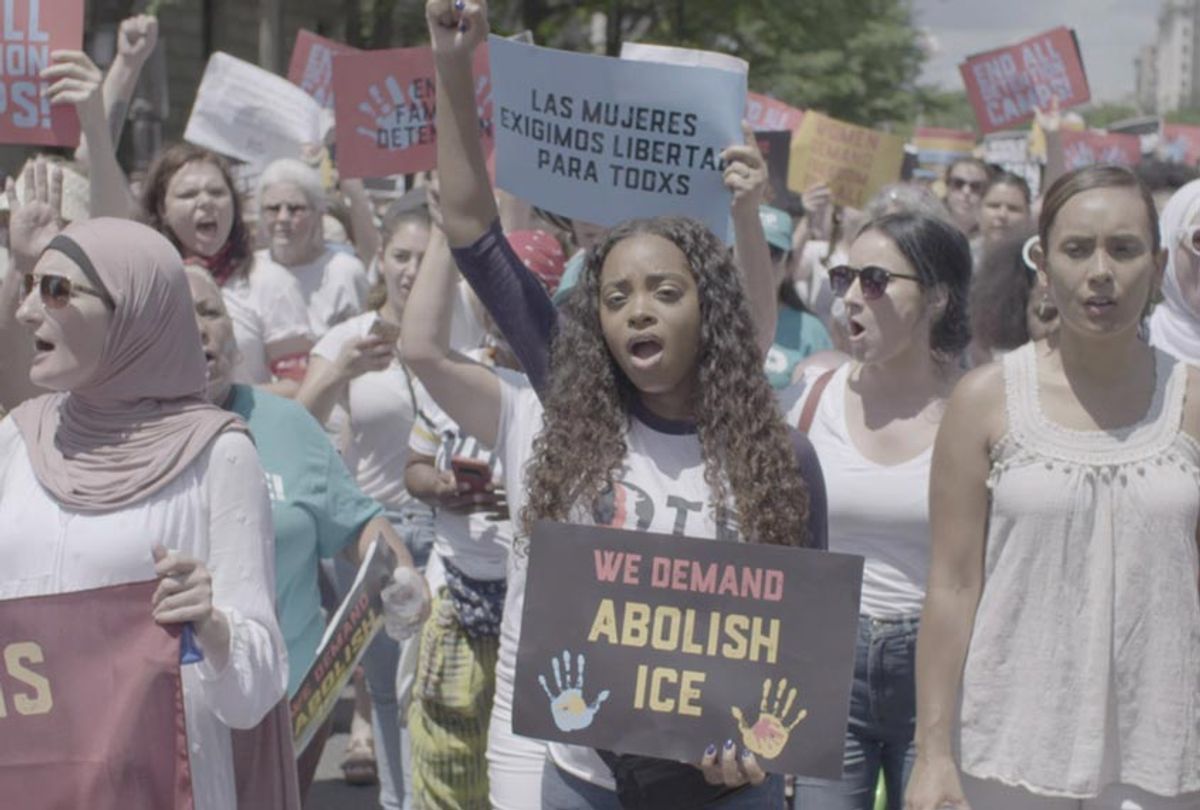 "This Is Personal" (Paramount Television)
--

When the Sundance Film Festival announced that Amy Berg’s documentary about the Women’s March movement and two of its most visible leaders would join the lineup as a Special Event, it was known as “Til Everybody’s Free.” However, when the film from the “West of Memphis” and “Prophet’s Prey” director made its debut, it had a different title: “This Is Personal.” It’s a choice that partially skirts a major issue raised about the March’s leadership.

Both vital and almost instantly outdated, Berg’s film featured a revelatory section that focuses on early concerns regarding Mallory in particular. While the Tablet story focused on the alleged anti-Semitism of some March leaders, Berg’s film includes a segment following a March 2018 speech made by Nation of Islam leader Louis Farrakhan, one that saw both anti-Semitic comments in its content and Mallory in its audience.

Read More IndieWire: Scarlett Johansson Calls Out James Franco at the Women’s March: ‘I Want My Pin Back’

The backlash to Farrakhan was swift, and while the March issued a statement denouncing anti-Semitism, misogyny, homophobia, transphobia, racism, and white supremacy, Mallory chose to not personally denounce him. In “This Is Personal,” an extended sequence follows Mallory as she meets with Rabbi Rachel Timoner, Senior Rabbi at Congregation Beth Elohim in Brooklyn, to discuss the incident and its impact on Jewish women who consider themselves part of the movement.

This section of the film, which follows Mallory and fellow activist Erika Andiola, offers the most immediacy and nuance. Both Timoner and Mallory bring deeply personal reasons to their chat, even as they come in conflict with each other: Timoner is clear about why a denouncement from a leader like Mallory is so important, while Mallory believes her work should speak for her intentions without requiring her to answer for the actions of another person. Berg cuts the segment at a moment of apparent healing, with a focus on the future the two women want to pursue together, and yet it seems doubtful that the actual interaction ended simply with handshakes, smiles, and some upbeat music.

All of this made Sundance’s decision to follow the January 28 screening of “This Is Personal” with an extended panel that included Mallory, Andiola, Sarsour, Berg, and National Council of Jewish Women CEO Nancy K. Kaufman a welcome one. Where Berg’s film could not address the recent accusations against the leadership — all of whom appear in the film — this panel could. Like the Timoner and Mallory segment of the film, the results are messy, searching, and inescapable.

“I think people walking away from this film [should be] understanding two things: that this movement is gonna be messy, and everybody’s gonna have to make a decision whether they want to be on this table or not,” Sarsour said. “When we have these conversations, it’s not just about relationship-building, which is very important to me as an organizer. Accountability is also important.”

Although audience members were asked to submit questions to the panel via “audience interaction platform” Slido, and though three of nine submitted questions specifically focused on “hateful comments” and reported instances of anti-Semitism within the March leadership, none of those were asked of the panel. Instead, moderator Rebecca Walker raised questions regarding dealing with emotional trauma, how men can help the movement, and potential plans for running for office.

Backlash was also widely discussed. “If this story had not been told, my story would be what’s on the internet about me right now,” Mallory said. “As soon as the controversy happened, [Amy] kept being like, ‘okay, this is even more important now, because people need to know who you really are.’ … This film gives people an opportunity to see that we didn’t just jump up and become activists, we had been doing the work, we had been tested and tried, and now have an opportunity to see all that goes into the sacrifices that we make every day to fight on behalf of all people. And, no, we’re not perfect.”

Neither is the March itself, a theme that Kaufman echoed later in the panel. “I think we still have work to do,” she said. “And I think Amy did an excellent job [with that] in the movie, and I think Rabbi Timoner [did too] in her conversation with Tamika, we’re in conversations with Tamika and Linda. We have work to do. We all have lived in our silos and in our various communities. … I think, two years ago, the Women’s March movement really gave us all a shot in the arm, and we were proud to be part of it. I think we still have some work to do, as we saw in the film, but we’re committed to doing that work together.”

Kaufman also pointed to the media as making the situation worse by removing nuance from the discussions happening within communities. “You’re trying to message this and have conversations. It isn’t easy,” she said. “I give Tamika and Linda a great deal of credit, because rather than walking away from this or becoming defensive, they actually reached out to many of us in the Jewish community to have a conversation. Has that fixed it? No. Did many Jews not participate in the March? Yes. … But there are concerns, and I think Amy did a very, very good job. I am sure it was a big challenge of trying to deal with this.”

Mallory is eager for those kinds of conversations to move away from controversy and into a place of cooperation. If not, she believes results will be dire.

“I think the issue that comes up in the movie is more about our communities than it is about Mr. Farrakhan,” Mallory said. “He is being held as a proxy for a lot, and I’ve watched that happen over time, I’m not going to say that he doesn’t help it, trust me, he knows exactly what to say and when to say it in order to get the type of attention that he wants to bring to him for his particular reason. I’m not sitting here to be an apologist or an explainer for Mr. Farrakhan.”

“This Is Personal” premiered at the 2019 Sundance Film Festival. It is currently seeking U.S. distribution.