Get Back: The Beatles rocked the rooftop 50 years ago

The Beatles performed together in public for the last time on Jan. 30, 1969, known as the "Rooftop Concert" 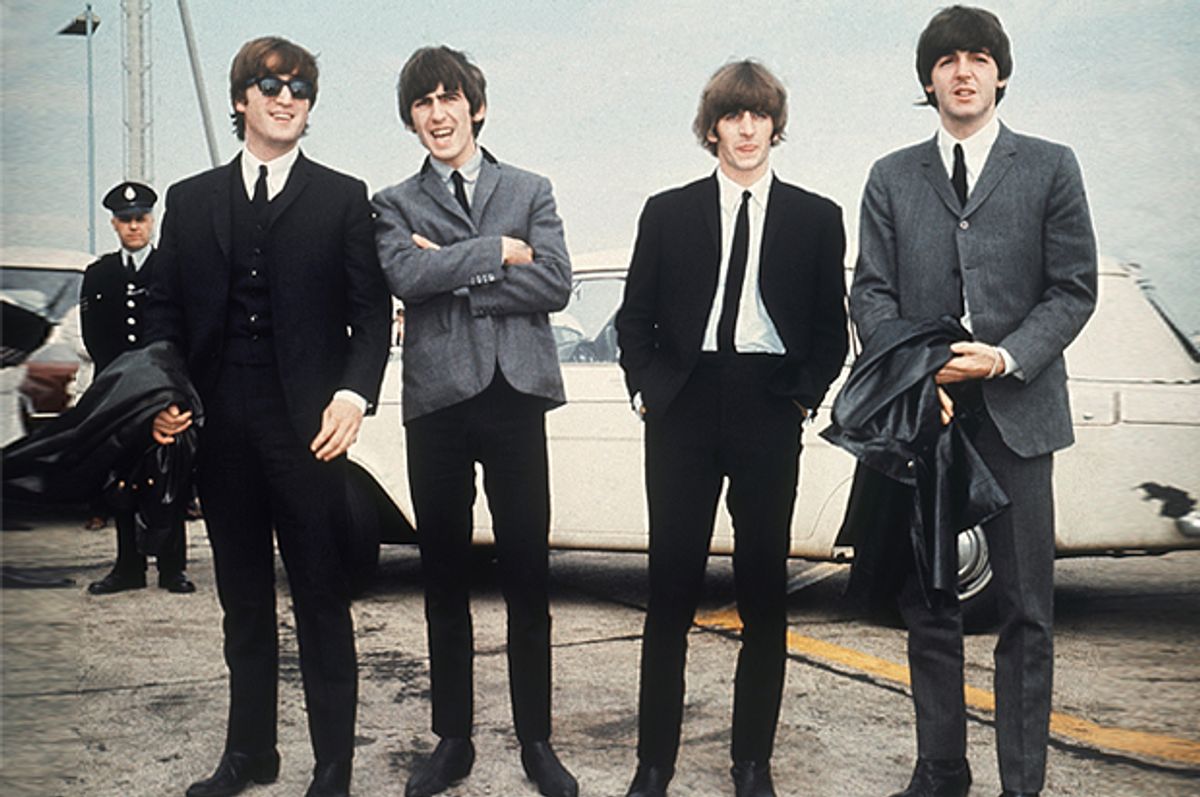 On a cold, gusty, grey afternoon half a century ago, George Harrison, John Lennon, Paul McCartney and Ringo Starr climbed the five storeys of their office building at 3 Savile Row in central London. They then made their way out onto the roof, where they played an unannounced 42-minute set for friends, employees and office workers who clambered out of windows and onto adjacent roofs. A crowd steadily gathered in the street below.

There was no way of knowing it then, but Thursday, Jan. 30, 1969, turned out to be the last time The Beatles performed together in public.

Accompanying them throughout the impromptu show was the American keyboardist Billy Preston, who had been invited by Harrison to join them in rehearsals a week earlier.

Preston's spirited playing lifted several of the songs they performed that day on the rooftop. His participation in the concert also demonstrates the ways in which The Beatles repeatedly opened themselves up to diverse creative sources that took them in new directions, and that fired their extraordinary musical and artistic growth.

The weeks preceding the "Rooftop Concert," as it is now known, had been for the band full of both corrosive hostility and deepening lethargy, in the middle of which Harrison walked out altogether, only to return a few days later.

Yet once the four of them took to the roof and began to play, the strength and warmth of their music quickly turned them into a remarkably tight and still immensely charismatic unit even as the rain clouds and the winds — somehow symbolic — buffeted and chilled them.

They open with two different takes of "Get Back" and they close with the same song, in between which they play "Don't Let Me Down" and "I've Got a Feeling" twice, and "Dig a Pony" and "One After 909" once.

There are shaky, even laughable moments, as Lennon flubs the words on "Don't Let Me Down," or Ringo yells "Hold it!" just as the other three launch into the opening riff of "Dig a Pony." But these miscues only heighten the sense of the uniqueness and unpredictability of the occasion, providing a kind of light relief before the superb quality of their songs, their musicianship and their vocals reassert themselves.

Yet as compelling as it is to see and hear the four of them playing in public together for the final time, it is also telling to watch for and listen to the 22-year-old Preston, clad in a black leather jacket and tucked in behind McCartney on the left.

Preston was an old friend of The Beatles. He first met them in Hamburg in 1962 when he was a teenager backing up Little Richard, and they were all playing together at the Star Club. "Right from the start, I fell in love with the Beatles," he later said. "I was probably their first American fan and friend."

On the rooftop, Preston made his biggest contribution to "Get Back," where his electric piano solo highlights the song. Released as a single a few months later, "Get Back" was credited to "The Beatles with Billy Preston," and went to No. 1 in Britain, Australia, Norway and North America.

Today, in addition to his work with The Beatles and later the Rolling Stones, Preston is probably best remembered as the co-author of the ballad "You Are So Beautiful," which he released in 1974, the same year that Joe Cocker issued his slower and much better-known version.

Preston's relationship with The Beatles also reveals something fundamental about the band itself. The Beatles always revelled in the new and the untried, and across their career they repurposed highly disparate influences with astonishing energy and inventiveness. Rooted in the north of England, they were shaped in Germany and deeply indebted to Black American music.

Once they hit the big time, the pattern deepened as they transcended, ignored and dismantled cultural and social boundaries in the glare of global attention.

They were a western band fascinated by the East. They were the most popular mainstream band in the world even as they embraced the counter-cultural, the experimental and the avant-garde. This open and avid pursuit of innovation and reinvention enabled The Beatles to transform popular culture and modern music, and to imbue both with previously unmatched vitality and variety.

Inviting Preston to join them on the rooftop was typical of the band, and mutually beneficial. Preston was Black and gay. Fifty years ago, that might have made a difference to many, but it didn't matter to the Beatles. Preston is clearly at ease with them as they are with him, and he takes a supporting role on the stage even as they showcase his brilliant playing.

The Beatles idolized older American musicians such as Chuck Berry and Little Richard. And they knew and accepted that their recently deceased manager Brian Epstein was gay. "Brian was a beautiful guy," Lennon later remarked.

The Beatles disbanded just 15 months after the rooftop concert, but our fascination with them and their music continues unabated. Among their greatest legacies is the way in which, from the start and to the core, they had a international ethos that grew even more expansive when they achieved fame, and that always fuelled their remarkable productivity and creativity.

There is much about the rooftop concert that is magical: Lennon, McCartney and Harrison singing three-part harmony on the chorus of "Don't Let Me Down" always stands out. It is also clear that Preston is an intimate part of the magic. On that chilly and dull January day, Billy Preston played a central role in helping them to catch fire even as they were bidding the world goodbye.

All Salon Culture Music The Beatles The Conversation