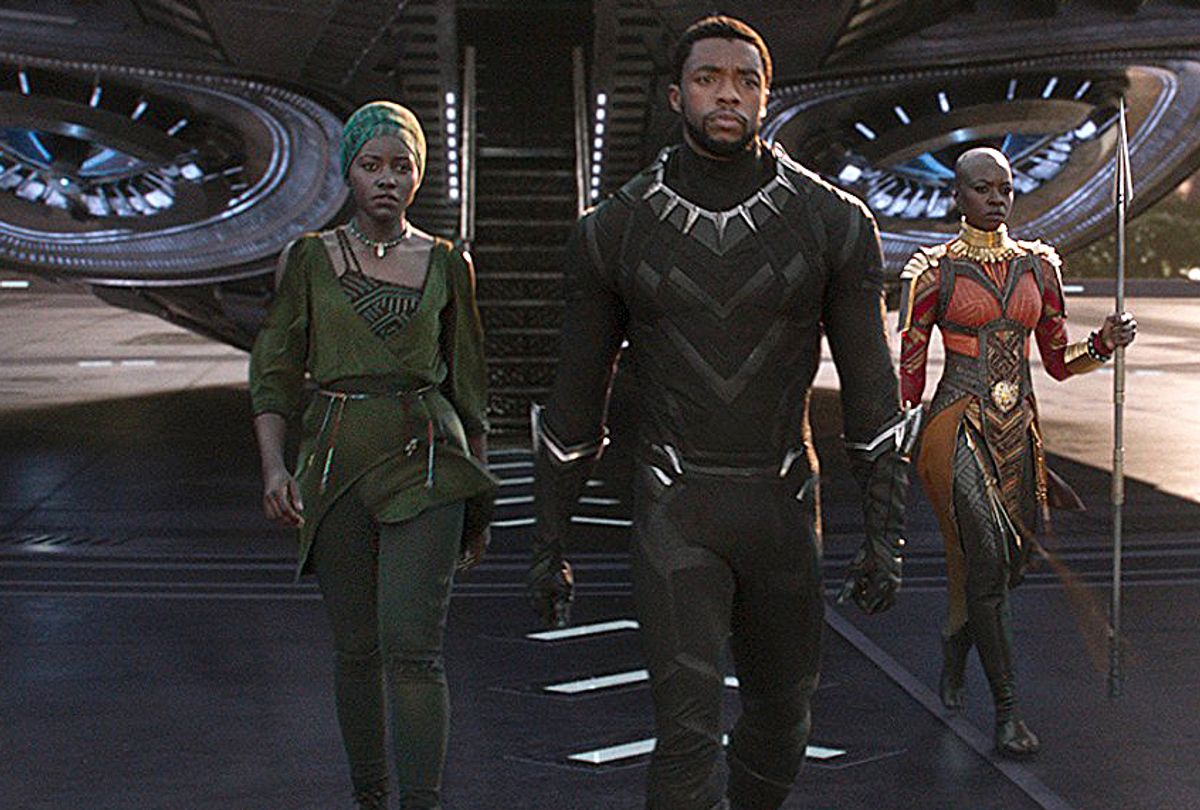 Bret Easton Ellis, the famous novelist and screenwriter whose work has inspired such films as “American Psycho” and “The Rules of Attraction,” used his podcast to criticize the awards season success of “Black Panther” (via The Wrap). The Marvel blockbuster earned seven Oscar nominations last month and made history by becoming the first superhero movie to land a Best Picture nomination. Easton recorded the podcast episode prior to Oscar noms being announced, but he was adamant about a “Black Panther” Oscar bid being the result of the Academy wanting to be more inclusive and not the film actually being deserving of the prize.

“No superhero movie has ever gotten a Best Picture nomination,” Ellis said. “But believe me, Disney is doing everything in its power to make sure this happens. Even though there is no one out here in La La Land I’ve met who thinks ‘Black Panther’ is that good as a movie. Yet, as a piece of representation, they are supporting it.”

Read more IndieWire: Look Out: ‘Black Panther’ Could Roar All the Way to the Oscar for Best Picture

Ellis explained, “The entertainment press and the studio is selling the notion that ‘Black Panther’ is a grand piece of cinematic art that cannot be ignored. And this notion is being shoved down our throats and we can only smile in disbelief. Or perhaps understand that this is just the moment we’re trapped in. A joke, a hoax. It’s all fake news, folks.”

The novelist concluded that “representation is so important” to the Academy that it’s willing to embrace a movie like “Black Panther” in major categories like Best Picture because it gets the group’s “inclusivity and diversity push.”

“What the most flattering pose might be in the moment — as if inclusivity and diversity have anything to do with awarding a movie’s merits,” Ellis said. “Yes, this is the culture the Oscars are pushing, and it is rather nauseating.”

Ellis is known for sharing polarizing Oscar hot takes that often result in backlash from the industry. The writer had to apologize in 2012 after claiming Kathryn Bigelow only won Oscars for “The Hurt Locker” because she was “a hot woman.” While Ellis is free to share his opinions, he fails to acknowledge “Black Panther” received universal acclaim and was by far one of the best reviewed movies of 2018 (97% on Rotten Tomatoes).

After receiving seven Oscar nominations, “Black Panther” went on to win the Screen Actors Guild Award for Outstanding Performance by an Ensemble Cast in a Motion Picture. The Oscars air Sunday, February 24.