Tessa Thompson, Armie Hammer vow to work with women directors in next 18 months 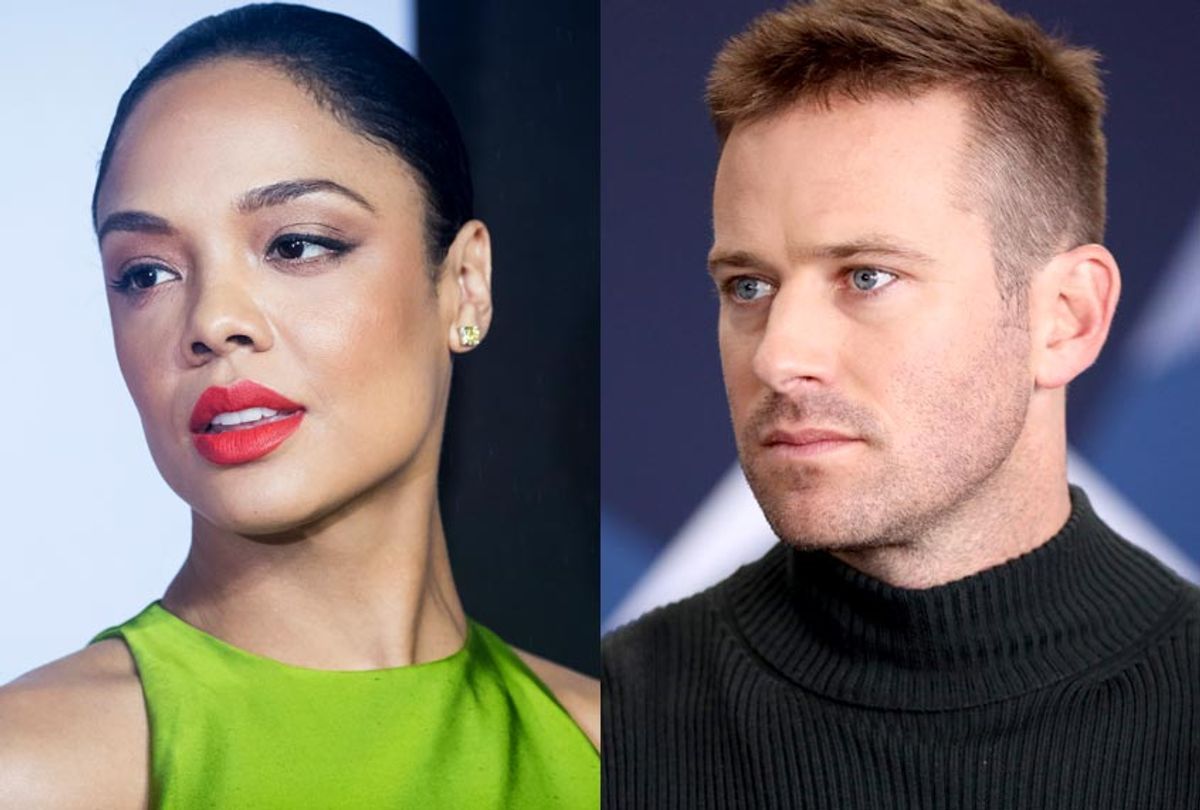 Time’s Up is encouraging the entertainment industry to rise to the occasion and work with women directors through the launch of the “4 Percent Challenge.” The initiative was introduced at the Sundance Film Festival. Speaking on behalf of Time’s Up, actress Tessa Thompson announced she would make it her goal to work with a woman director sometime in the next year and a half and challenged other actors to do the same.

“Because only four percent of the top 100 studio films over the last decade have been directed by women, Time’s Up is initiating a challenge, the 4% challenge, and I intend to take it,” Thompson said. “I commit to working with a female director in the next 18 months.”

Thompson’s Sundance speech went viral online, resulting in other actors in Park City speaking up and committing to the challenge. Armie Hammer and Zazie Beetz, who were at Sundance together promoting the horror film “Wounds,” told the Associated Press they were accepting the call. Hammer has been an actor for 13 years and only recently worked with his first woman director on a feature: Mimi Leder for “On the Basis of Sex.” Actors such as Kyra Sedgwick, Jennifer Lopez, Jurnee Smollett, and more took to social media to announce they would be taking the vow as well.

While the “4 Percent Challenge” initially took off with actors, the campaign eventually found its way into the major Hollywood studios. Universal Pictures announced last week it was accepting the challenge and vowing to hire more women directors over the next 18 months. MGM Studios and more quickly followed with similar commitments, as directors like Paul Feig used social media to advocate for executives to take the challenge.

“We need more producers and studios to join us,” Feig wrote on Twitter. “This will be the easiest thing you have ever done and you will get great movies out of it. We challenge you. Do it!”