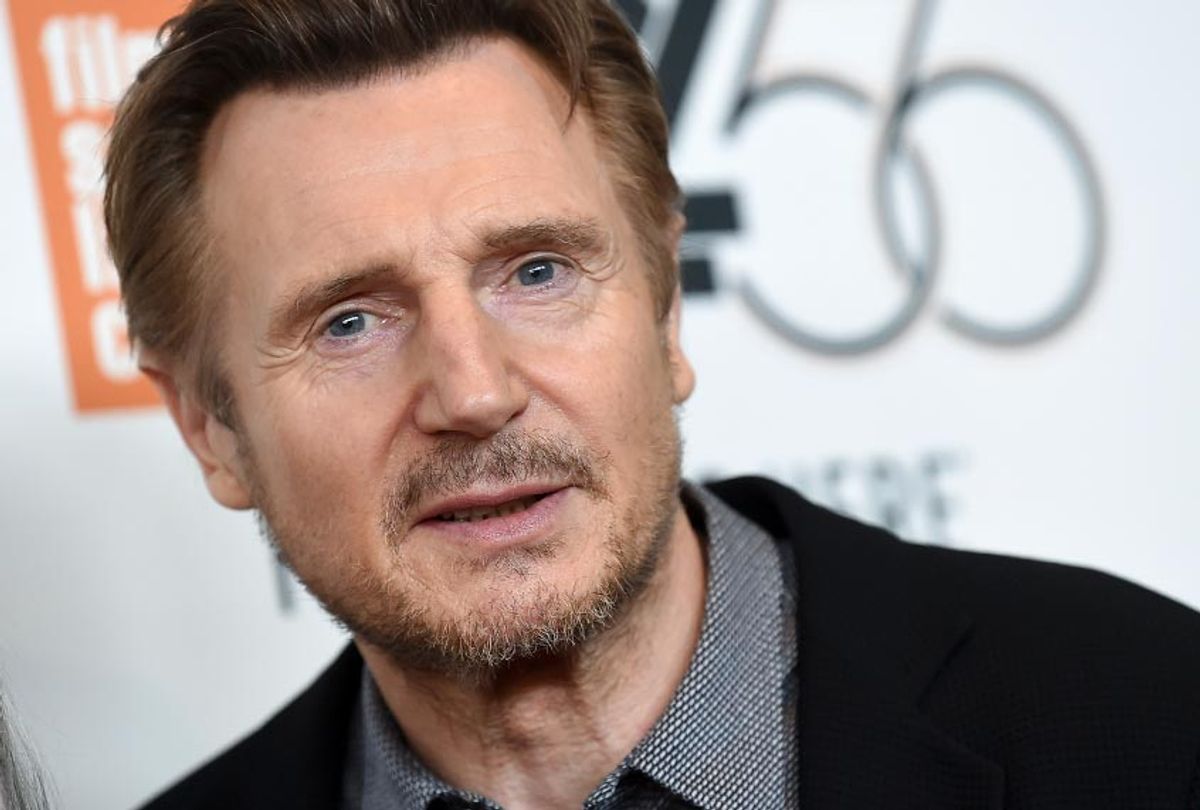 Liam Neeson has responded to his controversial interview with The Independent in which he revealed he once sought an “awful” revenge for his friend’s rape. Speaking to Good Morning America, Neeson said he is not racist and that his intent to kill the “black man” who sexually assaulted his friend was stimulated purely out of the “primal urge” to stand up for his friend.

“We were doing a press junket and the topic of our film is revenge,” Neeson said about The Independent interview. “It’s a dark comedy, but its basis is revenge. The lady journalist asked me how I tapped into that. I remembered an incident nearly 40 years ago where a dear friend of mine was brutally raped. I was out of the country. When she came back she told me about this and she handled the situation herself with incredible bravery, I have to say that. I had never felt this feeling before, which was a primal urge to lash out.”

“She said he was a black man,” Neeson continued. “After that, there were some nights I went out deliberately into black areas in the city looking to be set upon so that I could unleash physical violence, and I did it for four or five times until I caught myself on. It shocked me, this primal urge I had. It shocked me. It hurt me. I did seek help. I went to a priest…I am not racist. This was nearly 40 years ago.”

When asked if he would have had the name reaction if his friend’s rapist was a white man or another race, Neeson said “definitely.” “I would have had the same effect,” the actor said. “I was trying to show honor, to stand up for my dear friend in this terrible medieval fashion. I am a fairly intelligent guy. That’s why it kind of shocked me when I came down to earth after having these terrible feelings. Luckily no violence occurred. I did want to lash out because my friend was brutally raped and I was defending her honor. It was a learning curve.”

In his interview with The Independent, Neeson said he once took to the streets ready to commit murder following the sexual assault of one of his good friends. Because Neeson was told the rapist was a “black person,” he specifically went looking to kill a “black bastard,” as he told the reporter. The actor’s comments sparked controversy online due to their racist inclinations.

“She handled the situation of the rape in the most extraordinary way,” Neeson told The Independent. “But my immediate reaction was…I asked, did she know who it was? No. What color were they? She said it was a black person. I went up and down areas with a cosh, hoping I’d be approached by somebody – I’m ashamed to say that – and I did it for maybe a week, hoping some ‘black bastard’ would come out of a pub and have a go at me about something, you know? So that I could, kill him.”

Read more IndieWire: ‘Made in Italy’: Liam Neeson to Use His Particular Set of Skills in a Comedy for a Change

The story from Neeson’s past emerged on his press tour for his new film, “Cold Pursuit.” Summit Entertainment is releasing the film in theaters February 8.