“Maybe in some Never-Neverland he’s speaking with national security people," McCain adds on ABC's "The View" 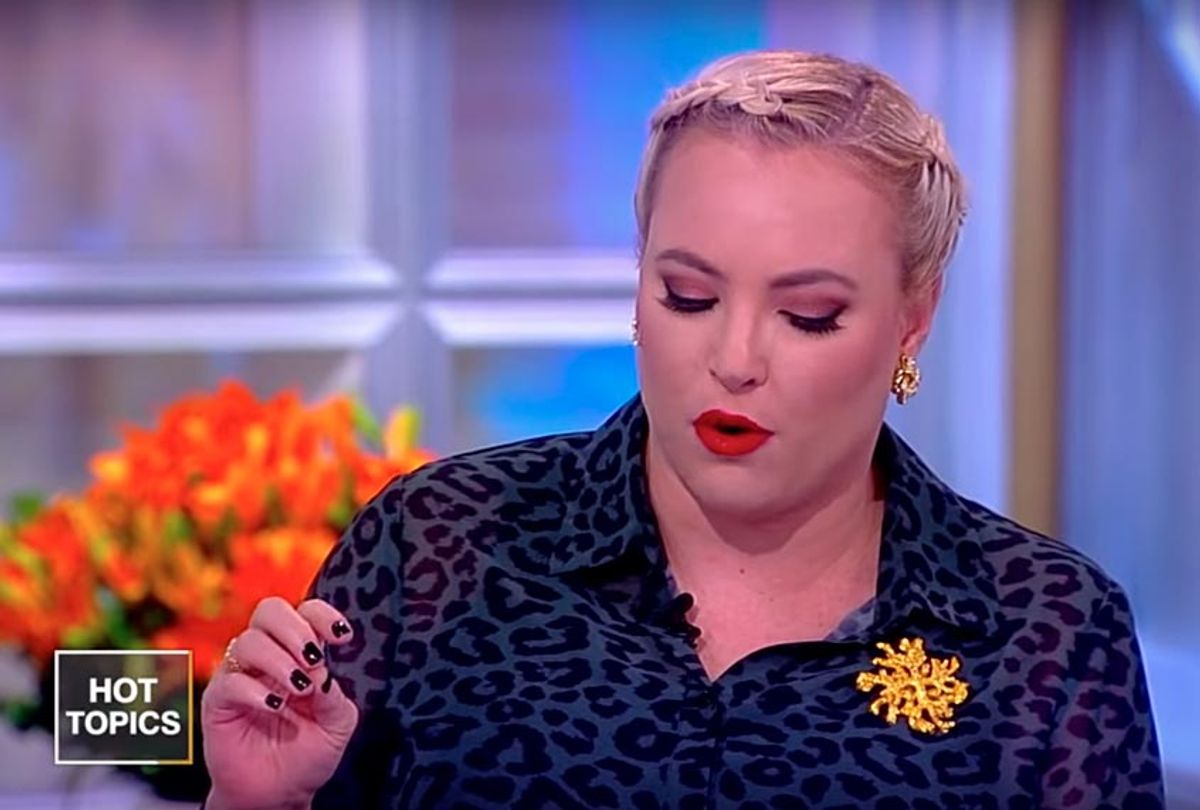 The leaked schedule says Trump “could be watching TV, reading papers, responding to what he sees on Twitter,” McCain said dismissively. “We know in real time that he’s watching morning shows like ‘Fox & Friends’ because he tweets in response to it in the morning.”

“Some of this we can intuit by reading his Twitter and having a brain,” she added, saying “this is an excessive amount of time” for the president to be hiding from the public.

“Maybe in some Never-Neverland he’s speaking with national security people about God knows what, but Occams Razor?” McCain continued. “The likelihood of that, I think he’s probably watching cable news and making phone calls.”

Co-host Abby Huntsman tried to defend the president, saying incorrectly that Trump never promised to be presidential, but McCain shot that down saying he was a public servant with a greater responsibility.

“The idea and onus is you get up in the morning and start working for the American people,”she said over Huntsman’s objections. “It doesn’t take a genius to understand what he’s probably doing in the morning. He’s obsessed with cable news. He’s spending too much time, in my opinion, watching it.”