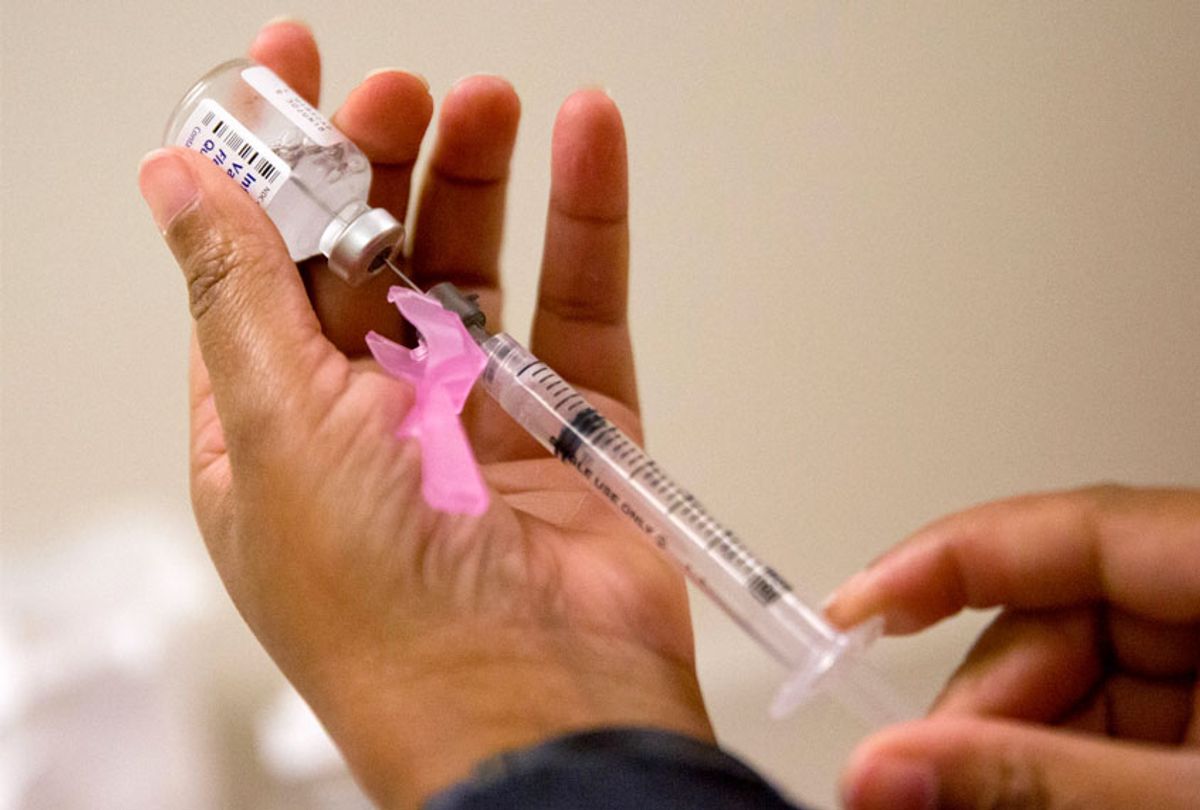 Since October, millions of Americans have gotten the flu. And while it’s not 100 percent effective, the best bet to avoid the virus is to get the flu vaccine.

The good news is that this season’s vaccine is a good “match” for the virus strains in circulation, according to new data from the Centers for Disease Control and Prevention (CDC).

That means if you’ve been vaccinated against the flu, you’re likely to be well-protected.

Millions of Americans sick with flu

The CDC reports that as of January 5, 30 states have seen widespread flu activity, with 17 showing regional activity.

Between 6 and 7 million people have gotten sick with the flu. About half of those sought medical care for their illness and up to 84,000 have been hospitalized because of the flu.

Each year, several flu viruses can be in circulation at the same time. Some cause more severe illness than others.

The exact strains present change from year to year. So scientists design the flu vaccine to protect against the three or four strains of influenza virus most likely to cause illness during the upcoming flu season.

This prediction is based on:

Information about the viruses comes from year-round testing of influenza virus samples taken from patients in over 100 countries. These countries include many in the Southern Hemisphere where the seasonal flu season often peaks from July to September — weeks to months before flu season in the United States.

Vaccine is a good match this season

The effectiveness of the flu vaccine depends in part on how well the viruses included in the vaccine match what’s in circulation.

During the past two seasons, the vaccine was about 40 percent effective, according to the CDC.

The CDC reports that this season the “majority” of influenza viruses in the Northern Hemisphere are similar to the strains included in this season’s flu vaccine.

So far, 81 percent of the flu specimen samples tested by the CDC turned out to be the milder H1N1 influenza strain. But almost 20 percent of people have still gotten the H3N2 flu, which causes much more severe symptoms.

Read more Healthline: Flu Season Has Kicked In... Here’s How to Protect Yourself

“This year the circulating strains of influenza virus appear to be well-matched with the vaccine strains,” said Dr. John Sellick, an infectious disease expert and professor of medicine at the University at Buffalo. “But we will not know the ultimate efficacy until the season is over.”

There are other factors that determine how well the vaccine works, such as a person’s age and health.

Older adults, in particular, have weaker immune systems, so they gain less protection from the flu shot.

Some vaccines, though, are specially designed to create a stronger immune response in older adults: the “high dose vaccine” and the “adjuvanted flu vaccine.”

Dr. Luis Ostrosky-Zeichner, a professor of infectious diseases at McGovern Medical School at the University of Texas Health Science Center at Houston, said that with these special vaccines, “we’re starting to see better immunity in historically low-response populations.”

Is it too late to get the flu vaccine this year?
The flu season in the United States peaks between December and February, but activity can last as late as May.

“It’s absolutely not too late to get the vaccine,” said Ostrosky-Zeichner. “We’re just starting to see increasing activity in the United States, so it’s definitely a good opportunity right now to protect yourself.”

Ostrosky-Zeichner said that by getting vaccinated “you could prevent the flu altogether, or you could get a milder form of the disease if you actually get it.”

I’m young and healthy. Do I need to get vaccinated?
Older adults, children under five, pregnant women, and people with certain medical conditions are at the highest risk of flu-related complications.

But Ostrosky-Zeichner said, “we see some young adults who get very severe forms of flu.”

Sellick said that getting vaccinated also “prevents severe disease in pregnant women and older patients,” because you’re less likely to pass the flu onto these high-risk groups.

What else can I do to protect myself and my family?
Sellick said good “respiratory etiquette” and hand hygiene can prevent the spread of flu.

This includes coughing or sneezing into a tissue or onto the sleeve of your upper arm, not onto your hands.

You should also wash your hands frequently using soap and water or alcohol hand sanitizer, especially when you’re in public places or around sick people.

“You’re a lot more likely to get the flu from touching something that somebody else touched or from shaking hands,” said Ostrosky-Zeichner, “than from somebody sneezing or coughing on you.”