Here’s what you can do to help 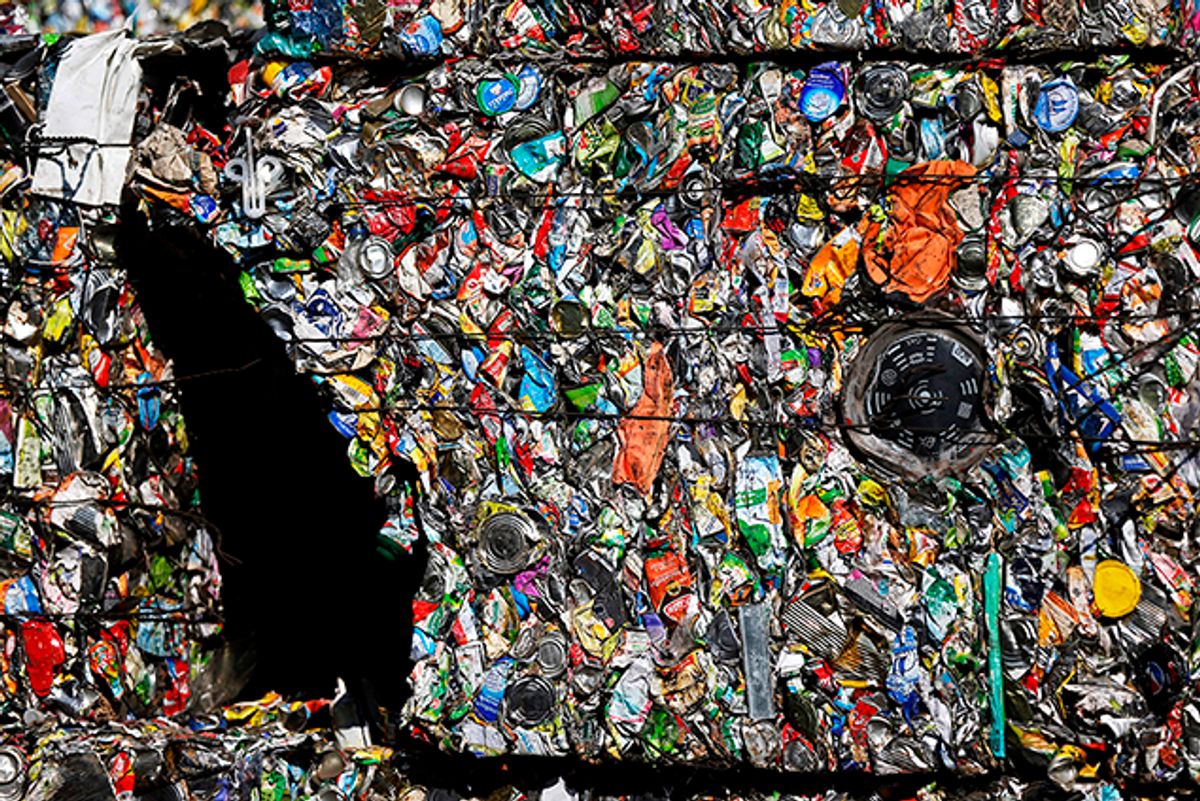 E-waste: That’s the name for your iPhone 3 and Toshiba laptop from 20 years ago that might still be sitting in the back of your closet. It’s also what becomes of those frayed iPhone cords, dead laptop batteries, and that TV you threw out last Christmas.

According to National Geographic, the average American household throws out 176 pounds of e-waste products every year — nearly 50 million tons of waste in 2016. You might not think you contribute to that pile, but chances are, you do, even if it’s just an annual iPhone upgrade.

The problem is not just that 50 million tons of waste is a lot (which it is)—it’s that it can be incredibly toxic. Heavy metals and flame retardants make the materials dangerous to handle, and worse for the ground where they’re often disposed. Chemicals including arsenic, cadmium, and mercury end up in groundwater supplies and are known to cause a myriad of serious health problems.

For years, the United States didn’t think much about these issues, as much of our country’s recyclables were shipped overseas for processing. (You can check out NatGeo’s photo gallery of children handling e-waste in India.)

But as the developing world makes changes to the recyclables it accepts, the United States is increasingly left with waste — especially since we lack the facilities for proper recycling.

Yet, despite this waste, the digital divide is huge: Nearly one in five teens is unable to complete homework due to lack of internet connectivity. A whopping 60 percent of rural Americans say their lack of access to high-speed internet is a problem. And even those who have access to the internet, for example, in cities, have a hard time if they are low- to no-income, with over 10 percent lacking access to even a smartphone, and most having only one technological device per household.

Hilary Shohoney is development manager at Free Geek, a Portland, Oregon-based non-profit devoted to solving one of these problems with the other: Shohoney explains that Free Geek takes the problem of e-waste going to a landfill and the problem of the digital divide, where people lack technical devices or the skills to use them, and points those problems back at each other. “We’re helping to solve those problems,” she says, by putting what might otherwise be wasted into the hands of those who need it, and keeping it out of landfills.

In other words, they’ll take old computers, fix them up, and get them to people who need them.

In addition, “Our recyclables are managed,” she continues. “Circuit boards have a small amount of gold.” Downstream recyclers, she explains, extract valuable components like gold from the e-waste, and people within Free Geek follow commodities markets to ensure the various metals and components are extracted and recycled in the best place. “We can save a ton and protect the environment.”

Daniel Bartholomew, CEO/executive director of Free Geek, sits on the steering committee of the Alliance for Technology Refurbishing and Reuse (AFTRR), a network of 90 non-profits devoted to the best practices of e-waste recycling, reuse, and refurbishment, nationwide. What that looks like changes from location to location. Free Geek, a part of AFTRR, has goals“to sustainably reuse technology, enable digital access, and provide education to create a community that empowers people to realize their potential.” Some organizations are just getting started — mom-and-pop shops refurbishing laptops for people in Zimbabwe, for example.

Twelve of the 90, including Free Geek, are full-service Information Technology Asset Disposition (ITAD). That means Free Geek (and the other ITADs) takes in all “IT-related products and tech and turns them around as recycling or as refurbishment and gives them another life. . . [The materials are] given to a student or sold at a fraction of their cost or put back into another non-profit. That’s the ideal, in all cases,” says Bartholomew. “We all are refurbishment first, where it can do some good.”

The point is much of what people are disposing of still has life left in it. “We refurbish solid PCs. . . They’re good; they’re just not the latest and greatest,” explains Bartholomew. “Maybe their CPU or quad core isn’t super-duper fast, but 95 percent of us don’t need that — if you’re not doing graphics or gaming,” he adds. “Most of us use spreadsheets, Word, email, internet. These machines are perfectly good.”

The death of a machine comes after it’s been broken down for component parts, which are put into other machines or sold to those who do refurbishments, and the rest of the machine has to be recycled, with the plastics, metals, and hazardous materials broken into piece parts and sold for scrap or other uses.

Unfortunately, the plastics within most computers are fire-resistant, and with China not taking on U.S. plastic, “that’s a real issue,” says Bartholomew, who laments that until proper facilities are running in the United States, much of that un-recyclable waste will go to landfills.

Until U.S. facilities are up and running, “there’s really not much more you can do, besides get [e-waste] to people who will ethically and responsibly do their best to recycle.”

Besides that, Bartholomew says the best thing people can do is stop treating tech as disposable. “We’ve gone from being needs-based to being a market-based consumer population,” he says. Computers, laptops, tablets and phones “are just tools,” he says. “These aren’t a new suit or fashion. You’re talking about a tool, like a hammer or a wrench. Its purpose is to help you get something done. If the machine does that, why do you need the latest and greatest? Sure it’ll be shinier, or a rose gold color, but will you notice?”

Free Geek alone takes in about 1.5 million pounds of e-waste a year. Some comes from major local corporations who turn their machines over every 2-3 years. Free Geek then takes the equipment, refurbishes it, and donates it to local schools, among other opportunities.

“Our first and foremost goal is to bridge the digital divide,” Bartholomew says, saying they work with networks locally and nationally to answer the question, “How do we most effectively serve this community that needs these machines?”

“We don’t get into proprietary secrets,” he adds, referencing how many tech companies operate. If they figure out a better way to do something, he says, they share it. “We’re about lifting everybody up to end the digital divide.”

Besides reducing use and proper recycling, AFTRR affiliate organizations like Free Geek are a huge key to reducing the digital divide. “I think the important thing is we are a community resource,” says Shohoney. If people can’t be a part of the digital world, “they’re not living their full lives. . . Medicaid and Medicare are only accessible online. Online banking. Finding jobs, applying for jobs. Every facet of our lives — a lot of people don’t have access to that. The ripples are wide. We do as much as we can, but it’s a global problem.”

Here’s what you can do to help: