These movies offer jumping-off points for conversations about prejudice. 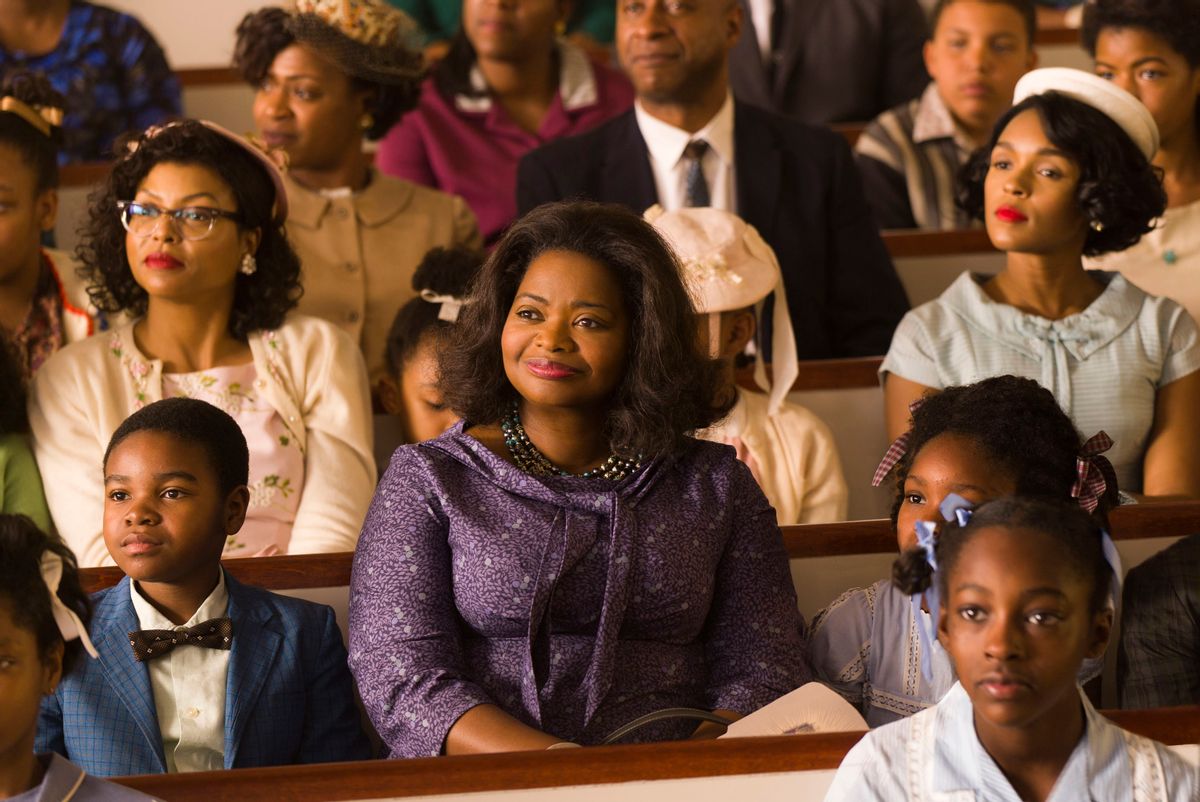 From the country's history of slavery to the ongoing debate about immigration, race in America has always been a complicated topic. And, like many other big issues, it's something that comes up again and again in the movies, from inspiring stories about unforgettable leaders to wrenching documentaries about civil rights. Whatever your family's racial background, you can use movies like the ones below to begin or continue conversations about race. Movies can help underline key messages like the importance of diversity and acceptance. They can also be opportunities to discuss how different racial groups are depicted in film.

"Pride", age 8+
This fact-based drama about an underdog African American swim team in the 1970s deals with racism head-on, showing how the swimmers faced -- and stood up to -- prejudice in their quest to succeed.
Conversation starter: Have you ever seen someone in real life being treated unfairly for no reason? What would you do if you felt discriminated against or saw a friend being held back from their goals based on their skin color?

"And the Children Shall Lead", 9+
Direct and sensitive, this tween-friendly take on how the civil rights movement turned the South upside down in the 1960s is both direct enough to hold tweens' attention and important enough to be good family viewing.
Conversation starter: What would you do if you were faced with the same situation as the kids in the movie? Can you think of examples that show how race still affects the way people are treated today?

"Hidden Figures", 10+
The true story of three brilliant African American women who worked at NASA in the 1950s and '60s offers a realistic look at the racial tensions of the civil rights era, plus tons of positive messages about integrity, perseverance, teamwork, and communication.
Conversation starter: How do the lessons from the civil rights movement apply today? How far have we come? How are people still discriminated against?

"Sounder", 12+
Based on the Newberry Award-winning novel by William H. Armstrong, one of the key themes of this coming-of-age drama is the power of education reading to help overcome a deeply rooted racist society.
Conversation starter: Why are the types of books the main character is given by white and African American teachers so different? What does the boy need to overcome to pursue his dream of learning?

"The Great Debaters", 13+
Denzel Washington stars in this inspirational fact-based drama about a debate team that overcomes severe prejudice on the way to national fame. Expect unvarnished discussions and representations of 1930s racism, including a brutal lynching scene.
Conversation starter: Does seeing racism and prejudice portrayed in a historical setting make it any easier to watch? Why, or why not?

"The Hate U Give", 13+
Like the award-winning book it's based on, this drama about a black teen named Starr Carter (Amandla Stenberg) who witnesses the fatal police shooting of a close friend deals frankly and powerfully with race and racism.
Conversation starter: One character in the movie says that "white folks want diversity but not too much diversity" -- what do you think she means? Do you agree?

"Hoop Dreams", 13+
This outstanding 1994 documentary is a searing portrait of inner-city life in America and the extraordinary, unfair expectations placed on the shoulders of many young African American athletes.
Conversation starter: How are issues of race and class linked, especially in urban America? How does this movie shed light on those issues?

"Selma", 13+
Despite some historically accurate violence and occasional strong language, this drama about revered civil rights leader Martin Luther King Jr. is powerful and educational, with fabulous performances, a gripping script, and important subject matter.
Conversation starter: What are the differences between a protest and a riot? How are protests typically shown on TV or in the movies? What about riots?

"The Color Purple", 14+
This intense drama based on Alice Walker's award-winning novel deals with serious themes (including incest and abuse), but it will open mature teens' eyes to the difficulties that women -- especially black women -- experienced in the early 20th century.
Conversation starter: How have times have changed for women since the era in which the story takes place? Has anything remained the same? Why are the challenges faced by women of color different from those faced by white women?

"Mudbound", 15+
Following two Mississippi families -- one white, one black -- who live through and after World War II, this drama based on Hillary Jordan's novel paints a harrowing portrait of the Jim Crow South, inviting in-depth conversation about subjects that are as relevant today as they were decades ago.
Conversation starter: Do you think showing disturbing violence helps audiences more fully comprehend the African American experience? Why, or why not?

"13th", 16+
Director Ava DuVernay's provocative, challenging documentary about the racial issues confronting contemporary America isn't for the faint of heart, but mature viewers will find it both educational and a call to action to take a stand against racial injustice.
Conversation starter: What surprised you most about our country's treatment of African American citizens over its long history?