This common preservative in processed food may be making you tired 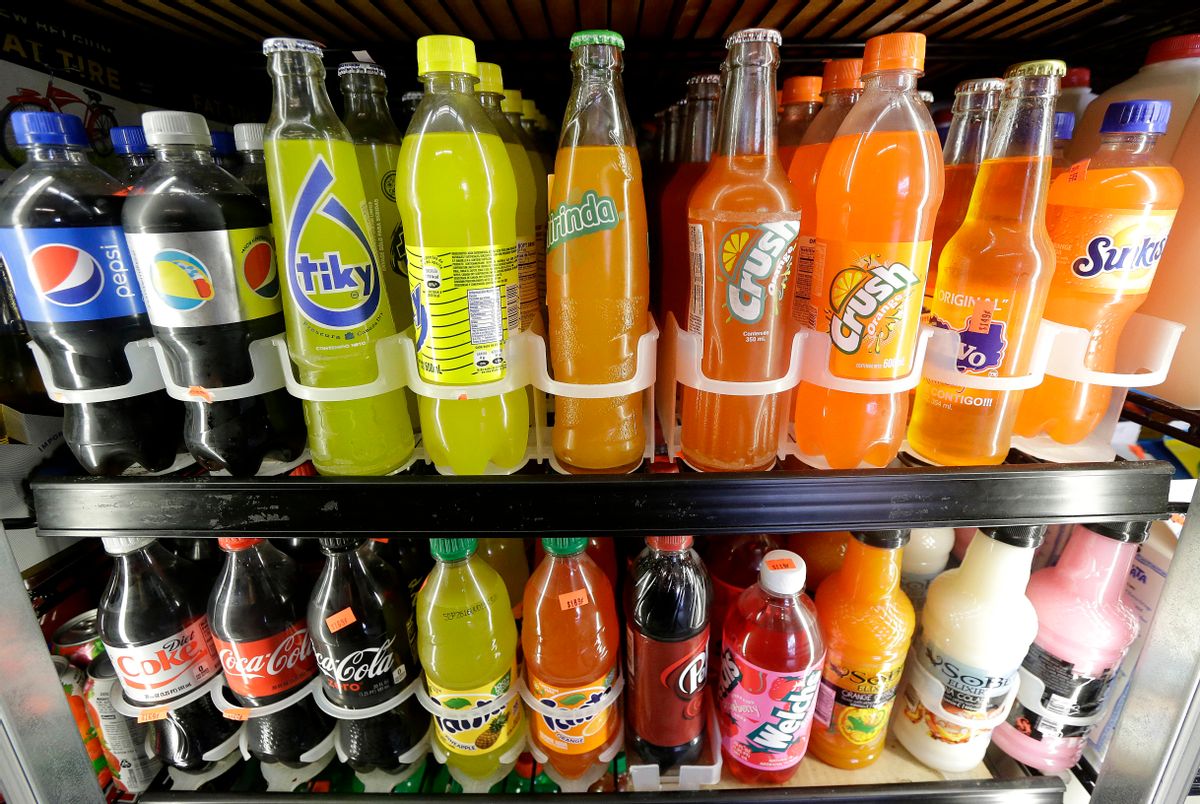 Is it hard to motivate yourself to get off the couch and go exercise?

Well, a common food additive you’re unknowingly consuming in large quantities might be to blame.

New research sheds light on inorganic phosphate — an additive and preservative found in up to 70 percent of the foods in the common diet in the United States — and the impact it could be having on your health.

The study, published in the journal Circulation, aimed to look at the adverse impacts of consuming too much phosphate in one’s diet by examining lab mice that were given a high-phosphate diet.

The researchers measured the rodents’ oxygen uptake during exercise, showing not just less capacity for movement but also the inability to produce enough fatty acids needed to feed their muscles.

While the mice were being observed for a 12-week period, the researchers wanted to draw a comparison to humans, so they looked at the data of people who were enrolled in the Dallas Heart Study.

These individuals ranged from 18 to 65 years old, were not on any medications, and had no history of kidney or heart issues.

Read more Healthline: 1 in 10 Adults Have a Food Allergy, but Twice as Many Think They Do

They wore physical activity monitors for seven days, which tied higher phosphate levels in their diets to less time spent carrying out moderate to vigorous exercise.

As with the mice, inactivity increased when phosphate levels were higher.

Lead researcher Dr. Wanpen Vongpatanasin, professor of internal medicine and director of the Hypertension Fellowship Program at UT Southwestern Medical Center, told Healthline that she was struck by how closely the human and mice response to phosphates mirrored one another.

“Study in humans provides support for the animal studies by showing that people with high phosphate in the blood tend to spend less time in working out and more time in sedentary activity,” she wrote in an email.

What exactly are phosphates?

A phosphate is the charged particle that contains the mineral phosphorous, which the body requires to help repair and build your teeth and bones, make your muscles contract, and assist in nerve function, according to the Merck Manual.

Phosphates are found naturally in a wide range of healthy foods like meat, fish, dairy, fruits, and vegetables.

However, it is the inorganic form, saturated in many of the processed foods and drinks Americans consume, that is the problem.

“The average consumer would not know to be aware of this commercial food additive,” said Dana Hunnes, PhD, MPH, RD, a senior dietitian at the University of California, Los Angeles (UCLA) Medical Center. “It is commonly used to prolong the shelf life of many foods, and also may enhance the flavor of some others. It is likely a very inexpensive ingredient/additive which would explain its nearly ubiquitous usage.”

It is estimated that between 40 and 70 percent of the best-selling grocery items out there like cola drinks and prepared frozen foods contain these inorganic phosphates, she told Healthline.

“That is a huge proportion of foods many Americans buy. In fact, I remember a recent Nutrition Action Newsletter article that said that even bottled orange juices — such as ‘Simply Orange’ — contain added inorganic phosphates,” Hunnes said. “In many instances, food additives are used either to provide a nutrient (like a vitamin or mineral), flavor (like MSG or salt), or some other non-nutritive property including inorganic phosphates.”

She added, “We don’t know about them because phosphates are not usually a nutrient we are told to be concerned about. Most people, unless they have kidney disease, tend to be aware of or worried about calories, fats, and types of fats, carbohydrates, and protein.”

Tamika Sims, PhD, director of food technology communications at the International Food Information Council Foundation, said that even though inorganic phosphates might be unfamiliar to many, they should be something people should have on their radar.

“In healthy adults, inorganic phosphate is metabolized as needed, but phosphate is also used in the body for nerve, bone, and muscle function. The amount of phosphate in the body is regulated by kidneys. People with kidney disease or malfunction can be at risk of phosphate level irregularity,” Sims told Healthline.

When it comes to the study, Vongpatanasin wrote that while it is necessary that our bodies process energy in the normal amounts, if that energy is used too much, it can limit the ability to burn fat into useful fuel needed during exercise.

The average consumer may be unaware that an overabundance of these particles are even in many of the foods on their dinner table. They might be annoyed to hear that not much comprehensive information has been made available by food regulators.

On current food labels, check out any mention of “phos-,” like “calcium phosphate,” for example.

Vongpatanasin added that there are no official mandates or regulations for the food industry to label exactly how much inorganic phosphates are out there circulating in the food chain.

The Food and Drug Administration (FDA) and the U.S. Department of Agriculture are the ones who set requirements for food labels throughout the nation, and Vongpatanasin asserted that it is clear much more comprehensive research needs to be done.

If you’re reading this and hearing about inorganic phosphates for the first time, what should you do when you go shopping for this week’s groceries?

“In general, if you can purchase fresh or nonpackaged foods, all the better — you will not have to fear that inorganic phosphates have been added to the foods,” Hunnes said. “Otherwise, just like everything else, it seems we need to be cognizant of this ingredient in foods. Look at food labels, and search for anything containing added phosphate. You would find it in the ingredient list, anything with the word ‘phos,’ or ‘phosphate’ in it.”

She added that she would caution consumers about eating these kinds of foods, especially if they’re athletes or someone hoping to maintain an exercise regimen.

“It sounds like this would hamper your progress, work against you, and may make your workout session that much harder,” she said.

Vongpatanasin said similar thoughts are also on her mind as she moves forward with her research.

She stressed that a person should not consume more than 700 mg of inorganic phosphates per day.

She and her team are planning on carrying out a randomized study next, to see if lowering the phosphate content in the diet to 700 mg each day could be helpful in lowering blood pressure and boosting physical activity.

A new study published in the journal Circulation aimed to look at how the prevalence of inorganic phosphates in America’s processed food-heavy diet could be lowering a person’s willingness to stay physically active.

Over a 12-week period, lab mice were given a phosphate-heavy diet, with the mice’s activity levels declining once inorganic phosphates were increased. This was compared to data on healthy adults enrolled in the Dallas Heart Study.

As with the mice, adults with a more phosphate-rich diet saw exercise and activity drop off as phosphate levels were increased.

Experts recommend that people look for “phos” or “phosphate” on food labels, steer away from processed foods, and choose fresh, nonpackaged foods, instead.