Bug bombs are duds at killing insects yet may pose harm to people, study finds 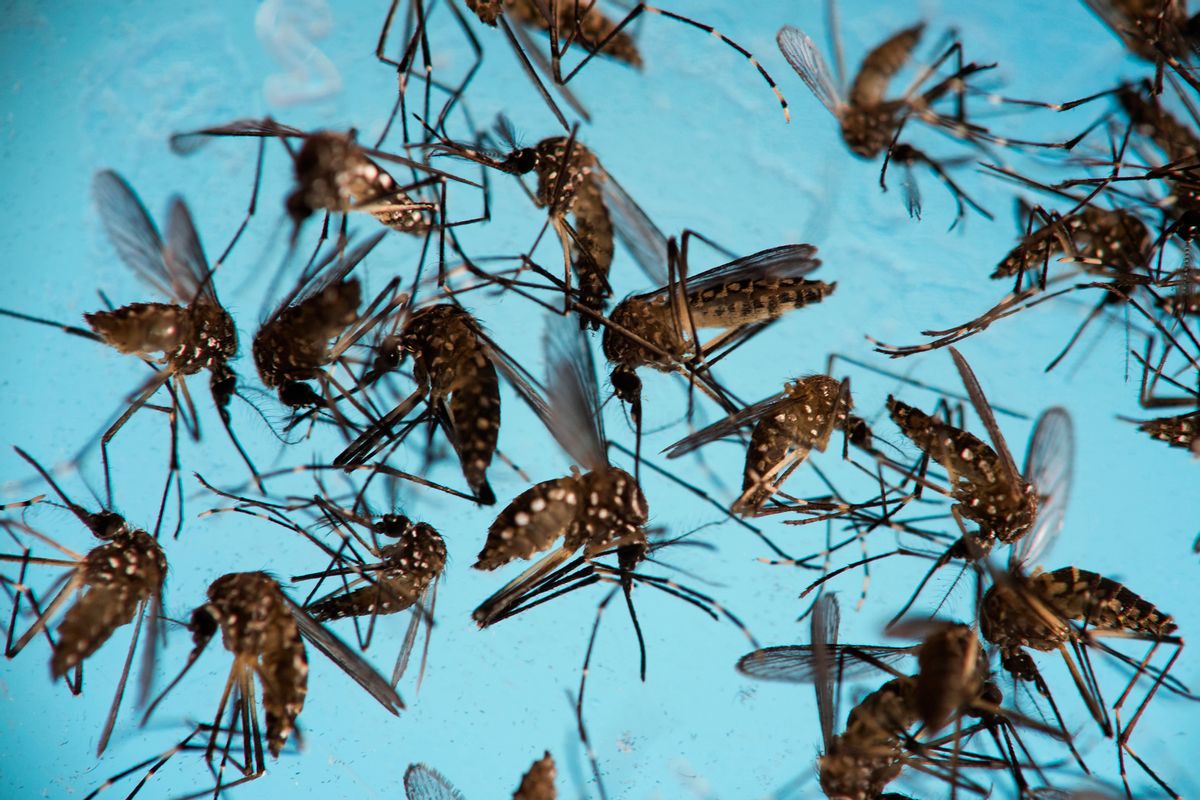 A new study has found that bug bombs, which are used by millions of Americans to kill insects such as cockroaches, often fail to eradicate those pests and yet expose consumers to potential health risks.

Researchers from North Carolina State University reported last week that their tests on several types of bug bombs showed that they killed, at most, 38 percent of the wild cockroaches in the spaces where they were used.

Previous studies have shown that the aerosol devices — which douse a room with a fine mist of insecticides and are more formally known as total-release foggers — don’t penetrate crevices and cracks where bugs can thrive. The new study revealed an additional problem: bug bombs deposit significant amounts of insecticide where humans are likely to come into contact with it, such as on tabletops, kitchen counters and floors.

When the North Carolina researchers swabbed rooms exposed to bug bombs, they discovered that many surfaces were coated by pesticide residue that lingered for several weeks.

Zachary DeVries, one of the North Carolina researchers, called the results alarming. He said he and his colleagues followed all of the steps specified on the product labels that are supposed to guarantee consumer safety.

“To put people at risk, you have to have some justification for it,” DeVries said. If bug bombs efficiently wiped out cockroaches while exposing humans to small amounts of pesticide, he said, their use might be justifiable. But, he continued, “at the end of this study, there was no positive that came out of it.”

S.C. Johnson & Son, which markets several of the insecticide products used in the North Carolina study, did not respond to a request for comment.

Federal figures indicate that about 50 million Americans used total-release foggers in 2010. Over the last two decades, the U.S. Centers for Disease Control and Prevention found 3,688 cases of consumers who were sickened after accidentally exposing themselves to bug bombs. The CDC also documented several deaths, but most incidents involved non-fatal and temporary symptoms, including coughing, difficulty breathing, vomiting, nausea and abdominal pain.

Still, little is known about the potential long-term effects of exposure to synthetic pyrethroids, the main insecticide agent in bug bombs.

After the Environmental Protection Agency banned the use of most organophosphate insecticides in household products in 2001, the synthetic pyrethroids class of chemicals was billed as a safer active ingredient.

Research has found that pyrethroids, which resemble natural pyrethrin compounds, break down more quickly than similar chemicals, and are less toxic to mammals. But Dr. Youssef Oulhote, a University of Massachusetts epidemiologist, contends that pyrethroids are closely linked to behavioral problems in children.

Oulhote documented the association in a 2013 study in which he analyzed the urine samples of 779 Canadian children. He discovered that children with a higher concentration of pyrethroid products in their urine were twice as likely as their peers to suffer behavioral issues. Several longitudinal studies since then have found similar associations between prenatal exposure to pyrethroids and increased incidence of ADHD and other cognitive problems in children.

Oulhote said it wasn’t surprising that a chemical designed to attack the central nervous system of insects could have a similar effect on humans. He said it’s troubling to see new data that confirms pyrethroids can persist in the environment for weeks without breaking down.

“Just because they’re less toxic doesn’t mean they are safe,” he said.

The EPA has given mixed signals about potential hazards associated with pyrethroids. In 2011, the agency completed a cumulative risk assessment that found the insecticides “do not pose risk concerns” for children or adults.

But the same year, the agency forced manufacturers to improve the labels on bug bombs following several high-profile reports about injuries. The impact of the stronger labels — which include pictograms and clearer instructions — was cast in doubt by a CDC report last year that said they brought no significant reduction in the rate of injuries.

An EPA official said in an email that the agency will consider the North Carolina study’s findings as it conducts registration reviews, including safety evaluations, of active ingredients in bug bombs.

The agency is required to review pesticide registrations every 15 years, and it received public comments as recently as 2017 on several pyrethroids undergoing review. It’s not clear when EPA will issue a final decision on those reviews.

On its website, the EPA advises consumers to ventilate rooms to remove fumes from bug bombs. It doesn’t mention sterilizing surfaces that may have insecticide residue.

Some researchers question why the EPA hasn’t restricted the use of pyrethroids in insecticides, given their ineffectiveness. Ohio State University entomologist Susan Jones raised this issue in 2012, after publishing a study that showed how bug bombs failed to control bed bug infestations.

Jones asked EPA officials to include her findings in their evaluations of bug bombs, but she said the agency told her there wasn’t enough evidence to support her conclusions. In Alaska, however, state regulators later started requiring insecticide manufacturers to remove bed bug claims from their advertising for bug bombs.

“Among entomologists, it’s long been known that total-release foggers are ineffective against almost any kind of crawling insect, yet that information doesn’t make it out to the general public,” Jones said.

“Pyrethroids are a class of chemicals that have been around for a long time, and insects have developed a resistance,” she said.

The new North Carolina study also raised questions about the way manufacturers test the performance of bug bombs. According to DeVries, cockroaches raised in labs suffered a nearly 100 percent mortality rate in his study’s tests when exposed to the bug bombs, while the majority of their wild counterparts survived.

Jones speculated that some manufacturers try to demonstrate the effectiveness of their products by using strains of insects that were bred without generations of inherited resistance to insecticides.

“It’s a throwback to insects that are no longer even existing,” Jones said.

The National Pest Management Association, which bills itself as the only major national trade group for pest management companies, did not respond to requests for comment. On its website, the association says there are few alternatives to pyrethroids.

DeVries disagrees. In a residential setting, he said, consumers can squirt tiny specks of gel containing pesticide in concealed locations, such as under cabinets and behind refrigerators, where insects may thrive. That also minimizes the chances that humans will come into contact with the pesticide.

“We’ve had very good, strong, functioning baits for the last 15 to 20 years, but the buy-in has been slow,” DeVries said.