Doomsday postponed? What to take from the big new Antarctica studies

If we keep on our current path, things could go downhill for humanity very, very quickly 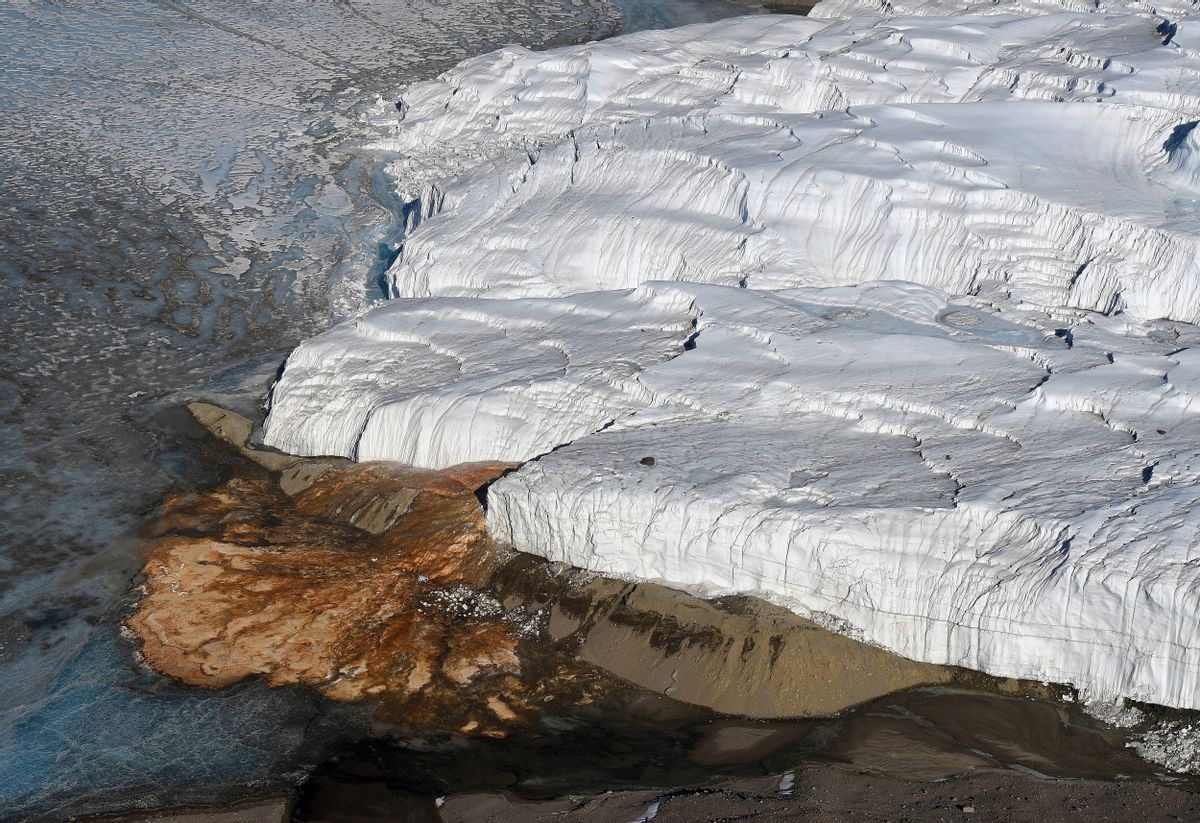 Two new papers on melting Antarctic ice come just days after NASA scientists announced the discovery of a massive subterranean hole in West Antarctica’s Thwaites Glacier, the Florida-sized hunk of ice which alone could unleash more than two feet of sea-level rise should it collapse.

One study found that all this melting could have surprising and profound impacts on weather while the other (controversial) study scaled back previous Doomsday estimates. Still, the takeaway from both studies is clear: If we keep on our current path, things could go downhill for humanity very, very quickly.

In the first paper, an international team of researchers examined the impacts of melting ice on global ocean circulation and weather patterns.

As relatively cool, salt-free meltwater spreads from Antarctica and Greenland across the world’s oceans, it will have dire impacts: The circulation of the Atlantic Ocean will slow, changing how the planet distributes heat, and prompting “a complex pattern of atmospheric and oceanic changes” worldwide, according to the paper.

Weather would worsen almost everywhere, with year-to-year swings in temperature and precipitation increasing in severity by more than 50 percent, especially in eastern North America.

New Zealand and Iceland may warm at a much slower rate than the rest of the world, but ice melt at both poles may actually quicken as heat from the rapidly warming tropical oceans is shunted below the surface where it can stay for hundreds of years. Sub-surface ocean currents would then be able to eat away at the undersides of polar glaciers even more quickly.

In this scenario, sea levels would rise quickly, especially for small island states in the Pacific which — due to a new quirk in Earth’s gravity owing to the incredible ice loss at the poles — would bear the brunt of a reshaped ocean-ice system.

“Melt from these ice sheets is going to significantly disrupt the global climate, making temperatures in some areas vary much more from one year to the next,” lead author Nick Golledge said in a press release. “This unpredictability is going to prove extremely disruptive for all of us, and will make adaptation and planning much more difficult.”

The shred of hope in towering ice cliffs

The first paper found that there’s almost no remaining scenario in which the Thwaites glacier stops melting anytime soon. Scientists have been increasingly worried about the possibility of catastrophic failure of the glacier since at least 2016.

Then, a study found that the Thwaites collapse could cause as much as eight feet of sea-level rise (nearly triple previous estimates). The results were so dire, the study was controversial. That much sea-level rise would cause, in the words of climate scientist James Hansen, “the loss of all coastal cities … and all their history.”

Wednesday’s second paper is one of the first major responses to that finding. The new paper finds that while we might avoid what Grist has called an “Ice Apocalypse,” it’s not necessarily good news: Sea-level rise would still exceed that of pre-2016 estimates, though at the lower end of the recently released National Climate Assessment, ordered by the Trump administration.

Here’s why the scientists revised those estimates: In 2016, researchers assumed that glaciers’ tall ice cliffs would be exposed and crash. The new study’s team said ice cliff melting “is not necessary to explain the past, and therefore it might not be present in the future — at least, we don’t have much evidence to support it yet,” according to Tamsin Edwards, the paper’s lead author. In other words, the relatively extreme collapses weren’t necessary to explain past major episodes of sea-level rise, so Edwards and her team made the decision to leave them out of their model — just to see what would happen.

“Leaving it out gives much smaller sea-level contributions,” she said, about 80 percent less by the end of the century, on average, than if the ice cliff collapses are included. Though the discrepancy means this debate is far from settled, she said. If anything, according to Edwards, her findings point to the need for closer examination of this process which could jeopardize hundreds of millions of people.

“We still see a dangerous threat,” Rob DeConto, one of the authors of the 2016 paper, said in an email to Grist. “I don’t really see ice fracture as an optional process that can be excluded from ice sheet models.”

“If the pace of calving we observe in Greenland today someday becomes widespread around the edges of the vastly bigger Antarctic ice sheet, it could cause very fast sea-level rise,” DeConto said. “This was the take home message from our 2016 paper. Based on all the work that has followed, that basic conclusion remains unchanged.”

The challenge these findings pose to us

Scientists’ job in Antarctica is incredibly daunting: They must understand not only how these massive glaciers are responding to current warming; they need to be able to put that response in context with evidence from past warm periods over millions of years, and do it all in one of the most remote places on the planet — and they must present their findings with the utmost urgency.

For those of us watching intently from the sidelines, it may seem like contradicting findings are a sign scientists don’t know what they’re talking about — but in reality, it means that they are unable to rule out the very dire possibility that things could get a whole lot worse. All the news out of Antarctica is just one big reason for us to act even more decisively.