“If people knew they would say I was like R Kelley [sic] lol,” Adams allegedly wrote in a text to an underage girl 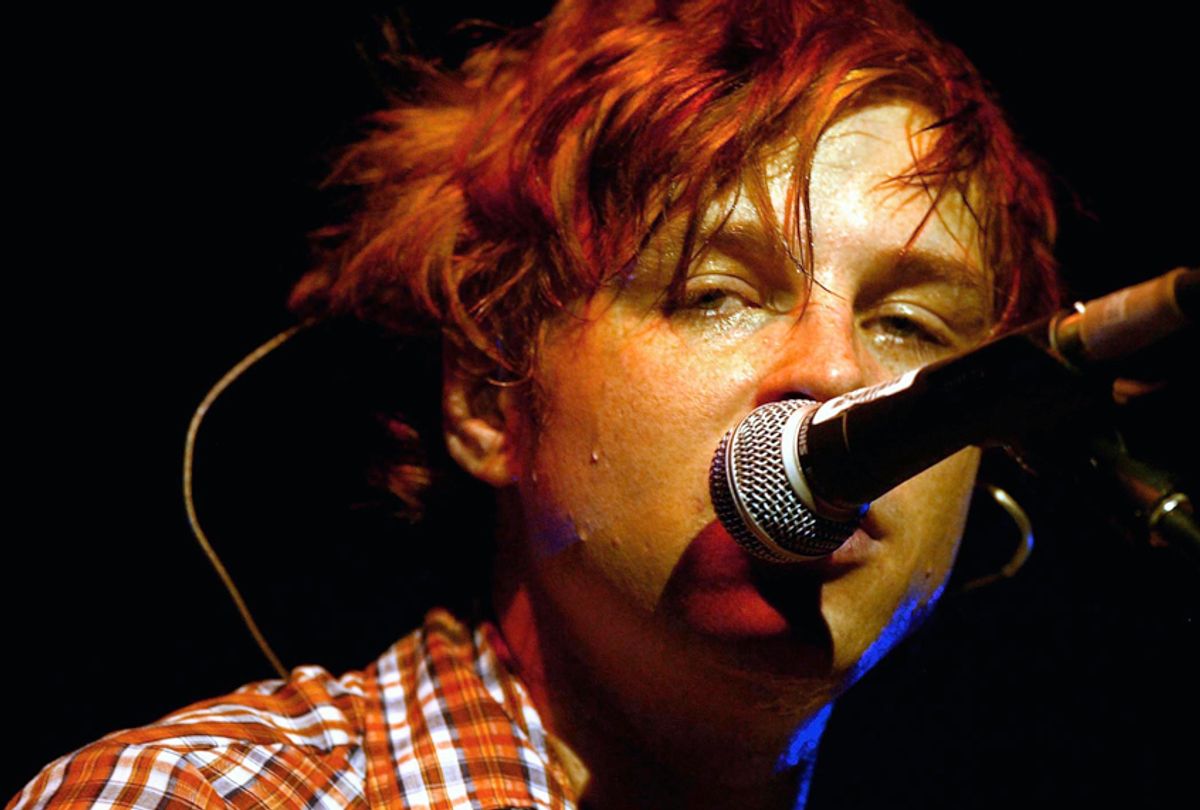 Ryan Adams has been accused of sexual misconduct and emotional abuse in a damning New York Times report where several women, including Adams’ ex-wife Mandy Moore and emerging artist Phoebe Bridgers, claim that the singer-songwriter would turn offers to help their career into sexual advances and would emotionally abuse women with whom he was in relationships.

In one of the more upsetting accusations against Adams, a woman named “Ava” claims that — after striking up an online dialogue with Adams when she was 14 years old — she and he engaged in phone sex and had Skype calls where Adams exposed himself; Ava provided the Times with over 3,000 text messages that Adams allegedly sent during a nine-month stretch when she was between 15 and 16 years old. On one occasion, Ava claims, Adams was already naked when they connected on a Skype video chat.

“If people knew they would say I was like R Kelley [sic] lol,” Adams allegedly wrote in one text message. The messages also revealed that Adams constantly fretted over Ava’s age.

“Mr. Adams unequivocally denies that he ever engaged in inappropriate online sexual communications with someone he knew was underage,” Adams’ lawyer told the Times, adding that “if, in fact, this woman was underage, Mr. Adams was unaware.”

At the time, “Ava” lived in Ohio, where it is “a felony to solicit, exchange or possess any material that shows a person under 18 engaging in sexual activity.”

As with “Ava,” who was a bassist, Adams offered to use his indie rock standing to help launch the career of female artists. However, those opportunities often resulted in Adams reportedly pursuing the women sexually and then lashing out or severing ties with them if they rejected his advances. In the case of “Ava,” she told the Times that she never performed another gig after her interaction with Adams.

One artist named Courtney Jaye said that Adams messaged her on social media and soon offered to both write songs with and produce Jaye’s next album. During a writing session, Adams allegedly made advances toward Jaye — “I just shut myself off,” she told the Times — and the two ended up in bed together but didn’t have sex. The next day, she called Adams to express her anger over the situation; Jaye ultimately never worked on music with Adams.

Bridgers was 20 when Adams invited her to his Pax-Am Studio in Los Angeles. According to the article, Adams initially offered to record some of Bridgers’ songs at the studio and invited her to open for him on an upcoming tour, and the two soon began a romantic relationship. However, Bridgers claims Adams would later demand she “leave social situations to have phone sex, and threatening suicide if she didn’t reply immediately,” the Times writes.

Though Bridgers had not previously accused Adams, she discussed their relationship both in interviews and in her music. Speaking with The Telegraph last year, Bridgers said that her Stranger In the Alps single “Motion Sickness” was about Adams. The track details a tumultuous relationship with an older man and includes lyrics like, “There are no words in the English language/I could scream to drown you out” and “And why do you sing with an English accent/I guess it’s too late to change it now.”

In that same interview, Bridgers said a mutual friend introduced her to Adams in 2015. “He really was just trying to get me recording and trying to get Ryan to hear me, but Ryan was like, ‘Let me see a picture of her,'” Bridgers recalled. She added that she and Adams eventually met up and recorded a song together, then hooked-up several weeks later. “I was super-down and had just broken up with my high-school boyfriend. We slept together on his 40th birthday and I’d just turned 20.”

Even Adams’ ex-wife Mandy Moore, who was married to the singer for seven years, came forward with allegations that Adams was “psychologically abusive” and that he tampered with her career by dissuading her from working with other producers.

“His controlling behavior essentially did block my ability to make new connections in the industry during a very pivotal and potentially lucrative time — my entire mid-to-late 20s,” Moore told the Times. Moore has not released an album since 2009, which includes the entirety of her marriage to Adams.

Moore added, “What you experience with him — the treatment, the destructive, manic sort of back and forth behavior — feels so exclusive. You feel like there’s no way other people have been treated like this.”

Adams’ lawyer said the singer denied all of the “extremely serious and outlandish accusations” from the “disgruntled individuals.”

A rep for Adams did not immediately reply to Rolling Stone‘s request for comment, though the musician’s tone shifted from defiant to apologetic in statements throughout the day. On Wednesday, prior to the publication of the article, Adams posted a since-deleted image of the New York Times’ logo with the caption, “Fuck you. You are kitty litter. Happy Valentine’s Day.” He also replied to one tweet before the story’s publication, “Run your smear piece. But the leagel [sic] eagles see you. Rats. I’m fucking taking you down.”

Adams’ tone changed following the story’s publication. “I am not a perfect man and I have made many mistakes,” he tweeted. “To anyone I have ever hurt, however unintentionally, I apologize deeply and unreservedly. But the picture that this article paints is upsettingly inaccurate. Some of its details are misrepresented; some are exaggerated; some are outright false. I would never have inappropriate interactions with someone I thought was underage. Period.

“As someone who has always tried to spread joy through my music and my life, hearing that some people believe I caused them pain saddens me greatly,” he added. “I am resolved to work to be the best man I can be. And I wish everyone compassion, understanding and healing.”