In South Korea, 40 per cent of people in their 20s and 30s appear to have quit dating 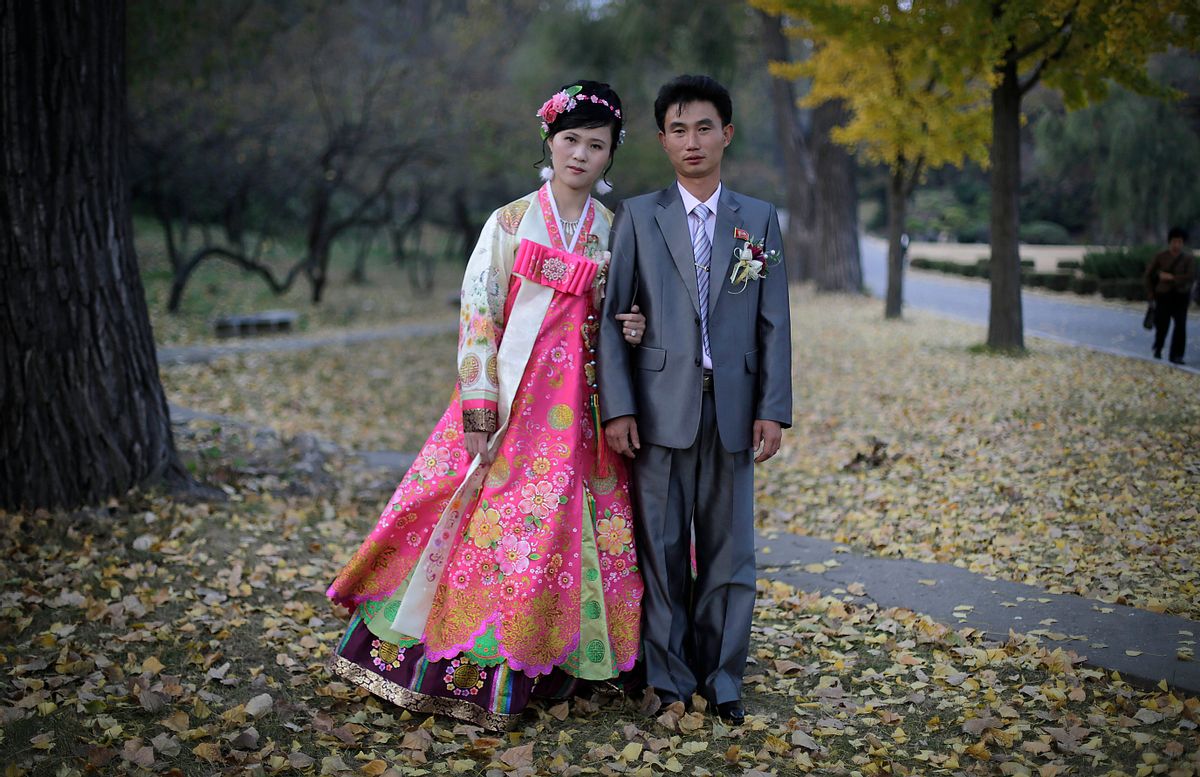 Recent reports about a sex recession among young Americans aside, the concept of dating and mating is reasonably engrained in daily life in the West. In sharp contrast, in South Korea, 40 per cent of people in their 20s and 30s appear to have quit dating altogether.

Today, many refer to young Koreans as the "sampo generation" (literally, "giving up on three") because they have given up on these three things: dating, marriage and children.

Although Confucian culture originated in China, many scholars believe South Korea is even more influenced by Confucianism. Confucian values emphasize the importance of marriage and carrying on the family bloodline.

Getting married is considered a social responsibility. But young Koreans are increasingly leaving marriage behind.

Demographers have used the term "marriage package" to illustrate the idea that marriage in East Asia entails much more than just a relationship between two people.

In traditional Asian families, numerous intra-familial roles are bundled together, especially for women. Generally speaking, marriage, childbearing, childrearing and taking care of the elderly are linked. Hence, marriage and family roles are a package.

South Korea is no exception to endorsing this cultural idea of the "marriage package."

Nevertheless, Western individualistic ideologies are increasingly influencing young Koreans. Despite a strong traditional emphasis on marriage, they have begun to postpone and even forgo marriage.

The average age at first marriage in South Korea jumped five years for both men and women from 1990 to 2013. Related to this is the rising number of people who stay single. In 1970, only 1.4 per cent of women between the ages of 30-34 were never married. In 2010, that percentage increased to almost 30 per cent. 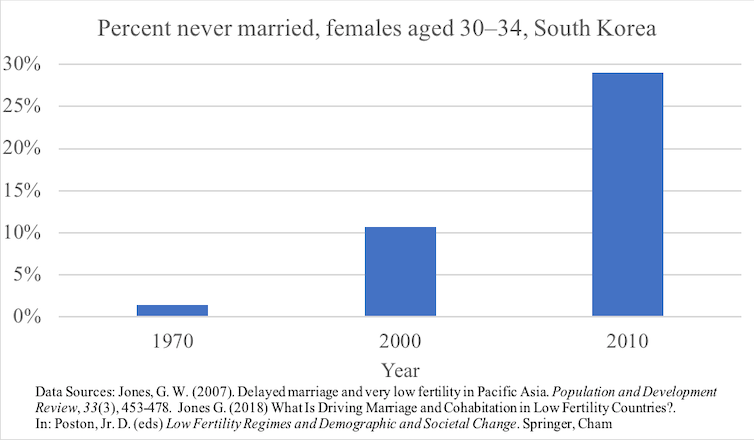 Since 1970, the number of singles in South Korea has increased 20-fold.
author provided

For women, marriage is not an attractive option

In the last decade, The Economist has published articles about the decline of Asian marriage. One of them from 2011, "Asia's lonely hearts," discussed women's rejection of marriage in Asia and looked to gendered family roles and unequal divisions of housework as culprits.

Once women decide to get married, they are generally expected to prioritize familial responsibilities. Women take on a much greater share of the housework and childcare burden and are chiefly responsible for their children's educational success.

My research shows that in 2006, 46 per cent of married Korean women between 25 and 54 were full-time housewives; Korean wives, many of whom are working outside of the home, did over 80 per cent of the housework, whereas their husbands did less than 20 per cent.

Women have gained more opportunities outside marriage, but within marriage, men have not correspondingly increased their contribution to housework and childcare. As a result, for many women, being married is no longer an attractive option. With diminishing returns to gender-specialized marriage for highly educated women, they are likely to delay or forgo marriage.

Precarious economy and the overwork culture

Another important reason young Koreans are giving up on dating, getting married and raising kids is the growing economic uncertainty and financial hardships. Many young Koreans work at precarious jobs, with low pay and little job and income security.

Moreover, the culture of long working hours prevails in South Korea. Among the OECD countries, South Korea has the longest work hours.

In 2017, Koreans worked an average of 2,024 hours per year, 200 hours less than they did in the previous decade. To put this number into perspective, Canadians worked 300 hours less a year than Koreans and the French, who are even better at work-life balance, worked 500 fewer hours.

Recently, the South Korean government has passed a law which cut the maximum weekly hours to 52, down from 68, hoping that Koreans could still have some personal life after work.

Lowest fertility rate in the world

It is rare for single women to have children: 1.5 per cent of births were to unmarried mothers in Korea, as compared to the overall OECD average of 36.3 per cent. Therefore, there are real consequences of marriage forgone.

South Korea is among the countries with the lowest fertility in the world. Countries need about 2.1 children per woman to sustain their population. In Korea, the average births per woman were slightly above one in 2016. 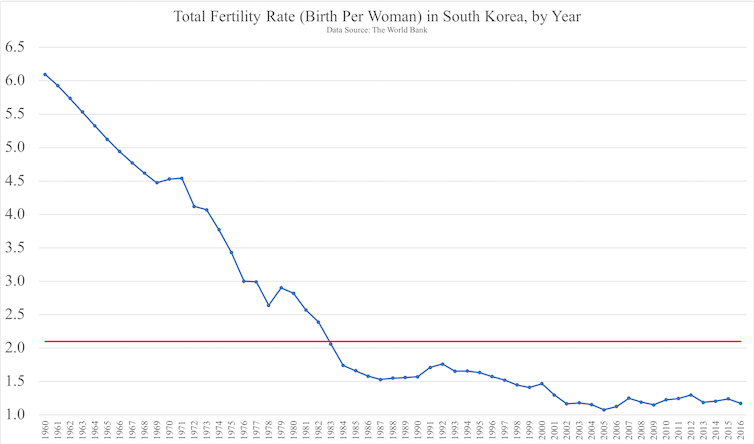 The Korean government, attempting to increase birth rates, enforced a policy that all the lights in the ministry's building should be turned off at 7 p.m. sharp once a month, with the hope that employees would get off work early and go home to make love and more importantly, babies.

But will forcefully switching off lights work? Maybe changing the culture of long working hours and abolishing gendered work and family roles would be more effective.

There are like additional reasons behind the rise of the sampo generation in Korea, but young people's job precarity, the overwork culture and a lack of equal divisions of labour at home are vital issues.

In South Korea, Valentine's Day is generally a big deal, and it is one of many holidays celebrating love. It would be great if young South Koreans could "afford" dating and family lives so they can get into the celebrations.