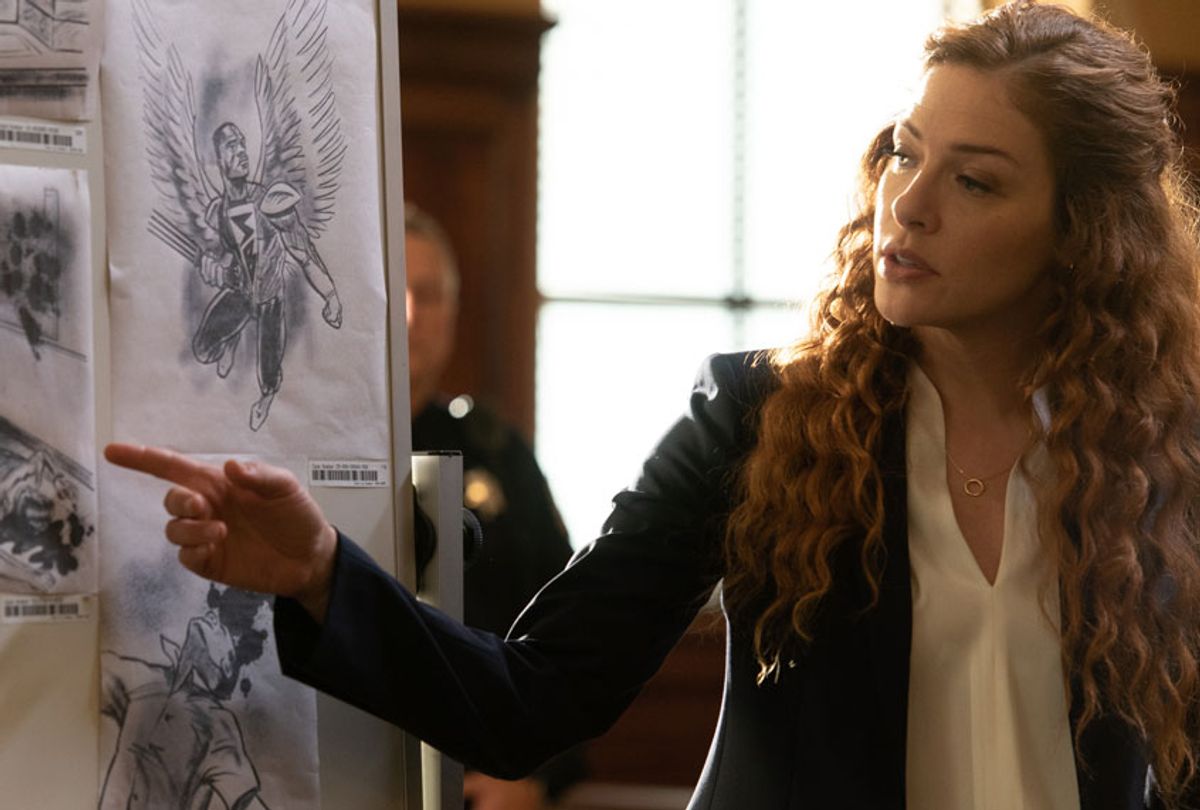 Danny Strong’s first major writing project to be made into a movie resulted from his anger at what was going on in the world. The project in question, the HBO movie “Recount,” ended up scoring an Emmy nomination and landed him on the American Film Institute’s list of the Top 10 Programs of the Year.

“You know, I wrote it in 2005, 2006 and I was so enraged about our politics at that time,” Strong told Salon during an interview conducted at the Television Critics Association Press Tour recently held in Pasadena, California. “I was an actor on ‘Gilmore Girls’ and had never written a single article on politics. And then when the film got made and then got released, I got to express how I'd been feeling for all these years. And ten million people saw it in the first month, and I just thought, ‘Wow, that's amazing.’”

From there Strong went on to adapt “Game Change,” earning him a writing Emmy and a Peabody for the resulting miniseries that aired on HBO in 2012, as well as the script for “Lee Daniels’ The Butler.” But more people may be familiar other project he partnered with Daniels to create, “Empire,” currently in its fifth season.

The primetime soap represents quite a switch in tone from the political and historical subject matter that inspired his previous work, which makes his new Fox drama “Proven Innocent,” currently airing Fridays at 9 p.m. on Fox, something of a return to familiar territory.

“Proven Innocent” stars Rachelle Lefevre as Madeline Scott, an attorney imprisoned for years at the hands of zealous prosecutor Gore Bellows (Kelsey Grammer) for a crime she didn’t commit.

Partnered with the lawyer who advocated for her release following a decade in prison (Russell Hornsby) and an investigator (Vincent Kartheiser), Madeline’s firm specializes in defending clients whose case meet the criteria of wrongfully imprisonment.

The series is inspired by the Innocence Project and other organizations that take on the cases of the wrongfully convicted. But for Strong, it’s also something of a passion project that allows viewers a window into an aspect of the legal system not often depicted in primetime drama.

Why did you want to create a network drama that essentially follow what the Innocence Project does and other wrongfully accused firms do? And why do you believe it’s an important series to have on right now?

We're in this great moment where we're discussing criminal justice, right? The bipartisan bill was just passed to try and create more fairness in our criminal justice system. And I think that we couldn't have a more perfect time for this show, while we're in the middle of this discussion and this debate. The bipartisan bill was a terrific start but there's still so much more work to be done in that arena.

One of the things I wrote about recently, and I mentioned “Proven Innocent,” as part of it is the fact that it is set in Chicago. And Chicago is a great city to talk about these issues, for so many reasons. There’s this kind of collision of a particular kind of politics and also law enforcement issues, lots of debate surrounding over-policing and corruption. And I'm wondering how much the location itself informed the framework of the story you’re wanting to tell.

I mean, we shoot “Empire” in Chicago. But it's Chicago for New York.  I love the city, and I just thought, "I want to do a show here," where we actually get to showcase the city itself and not have to hide the city. And it's a city that is so rich, with such a rich, checkered history, and politics, and law enforcement's relationship with the community. And it's also challenging say for law enforcement. I mean, there's a whole bunch of point of views in Chicago, that it's sort of a perfect place to express different point of views and to show the issues on multiple, different levels. And it's just a wonderful town, so.

Were there any specific cases that you're looking at that may have influenced specific plots?

Yeah, I mean there are definitely cases that are inspiring episodes. But . . .

It’s not a “ripped from the headlines” kind of series.

I would call it inspired by the headlines. So we're inspired by a number of true life cases. Sometimes it's just an issue will come up that we want to shine a light on. We have an issue of shaken baby syndrome. Of women who get found convicted of shaking their babies to death. And, in fact, it's incredibly unfair because the science has been debunked and babies could have just fallen over and had an injury that would kill them. That would have been labeled as shaken baby syndrome, right? So there's hundreds of women that are imprisoned for this, and unjustly. So to be able to do an episode on network television on that is, I think, really exciting.

With shows like “Law & Order” or any kind of procedural that either has to do with the legal system, people feel like they learned something about the mechanics of the justice system from it. But then there's also the twist of the drama. It must be interesting to be in this environment now, where you're bringing up these cases that do have roots in real kind of subject matter that people might not necessarily think about very much. Especially when you take on wrongly accused cases while not making people feel like they're being preached to.

This is a show that is poised to any political affiliation. If someone is wrongfully convicted, I think people of all political persuasions think that is wrong. It's something that happens in our country. So it's a matter of, how did this happen? And how do we get them out? Let's get them out. The other sort of, I think, the thing that really makes the show unique is that we have this really cool season-long arc at the same time, which is this murder mystery of who killed Rosemary Lynch. So, to be able to break up a weekly procedural with this proactive season-long murder mystery that ties into why our character is even aware in the first place creates some really dynamic levels to the show.

You’ve done a lot of past work related to history and social justice, and even looking at certain cases of turning points in our politics. What was your personal connection to the subject matter of this series?

Well, thanks for noticing. So much of what I do is social justice. It's so important to me. And I work on projects that aren't, from time to time, but I always try to come back to it. So, the question is, what makes it personal for me?

Right. Because not many producers would necessarily create a network series whose subject matter is rooted in, like you said, social justice. What keeps you coming back to it?

To social justice? I don't know, just an outraged sense of injustice in the world and being able to use my artistic abilities to try and shine a light on it.

Sometimes people are afraid to do this kind of work because they think it's preachy or they think audiences aren't going to like it because it has an "eat your vegetables" quality to it. And I completely disagree. I've had more success getting social projects made, and those projects have been very successful, because audiences aren't dumb. They're fascinated by it. And it makes the material richer.

I think it makes it more powerful and more dramatic and simultaneously, when it's more dramatic, it's easier to make it funnier. I always try and infuse a lot of humor in this work as well. And so it creates, I think, a dynamic level of entertainment. But it just gives me an outlet to express what I'm angry about and things that I'd like to see changed in the world.

And I'm not an activist. I'm not out marching in the streets, although I'll go to a march here or there. But I'm not out front in that sort of way. My activism is what I try to put in my work, and in my art, and it makes me feel like I'm contributing to society in a positive, helpful way.  I love being able to give a national, an international, voice to people that don't have that.