The complexities of cannabis: How I learned growing pot isn't for slackers

Dispensaries are everywhere and edibles are socially acceptable, and yet judgment still exists 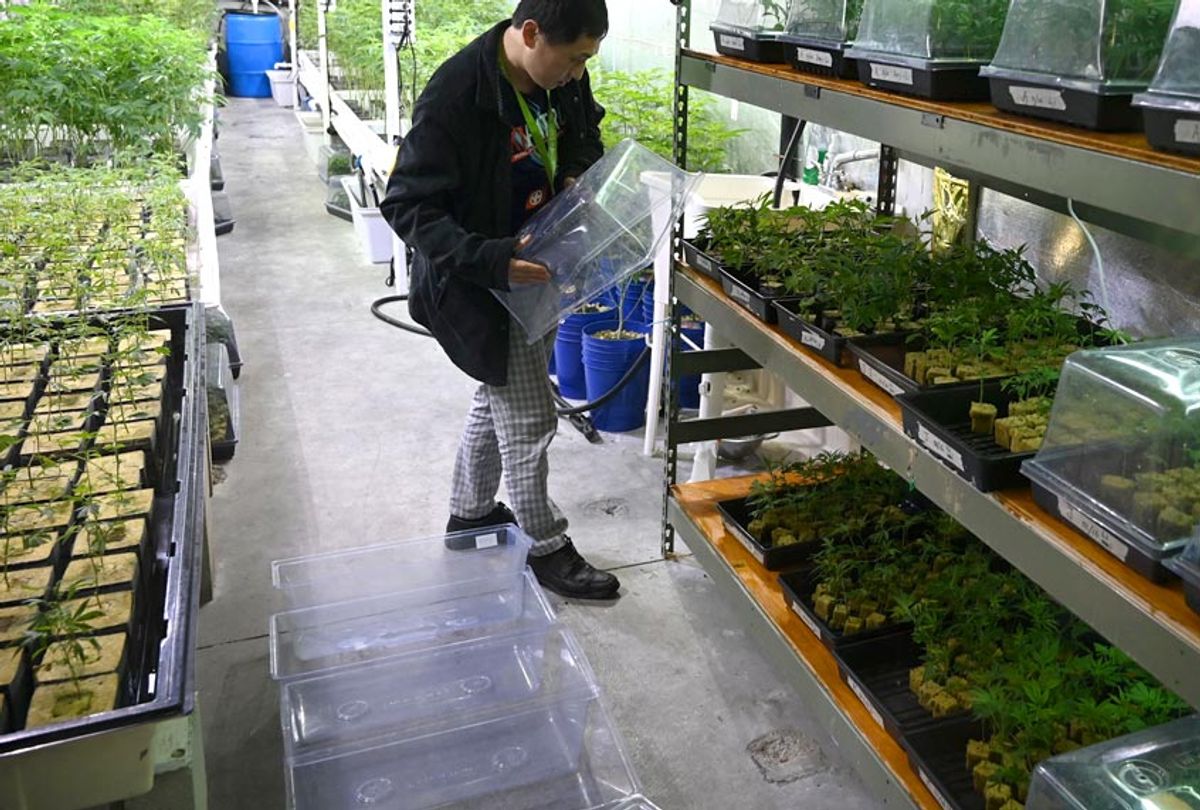 Today’s pot is hardly the skunkweed of the '80s. While this won’t be news to many, I wonder if people realize the complexities involved in growing today’s designer weed, medicinal or recreational. I certainly didn’t when I set out to write a novel featuring a medical marijuana operation.

"The Wolf Tone" takes place in 2011 Montana, ancient history by industry standards. These were the days of the cannabis caravan, a roving convoy of RVs and trailers that traveled the state, setting up in box store parking lots to offer patients a one-stop shop. For two hundred bucks, you could get a doctor’s exam and be issued a medical marijuana card. Any remaining money could be used to buy dope. Legally. Or at least, not illegally.

State law was hazier back then. One of the FAQs on the state health and human services website was whether a tenant had to tell his landlord if he was growing weed. The answer? The law was “ambiguous on the matter.”

Local media seemed stumped by the cultural shift. News story language toed the line between disparity and objectivity. A recurring detail in the paper’s marijuana series was the grower’s attire—his Vans skate shoes, or his low-trou denim. Banks were willing to issue business loans to providers, so long as they were in compliance with the state laws, murky as they may be. Private equity backers were interested in Montana commercial growers. Providers were interviewed on television, allowing the public to scrutinize this new form of entrepreneur

By happy accident, that year I was given a front row seat to my town’s transformation: my Jazzercise class got new neighbors. We shared a wall with a dispensary. I could now do my grapevines and jazz squares while studying the gang of rough-edged hipsters collecting out back. Ranging in age from twenty to fifty, they all drove new, well-cared for cars. A guy in a pinstripe suit appeared every day in a Dodge Charger. Montana had come full circle, I thought. We were on the frontier again, and these guys were modern vigilantes.

The more I learned about modern cannabis, the more intrigued I became. A “provider” was up to a lot more than the guy who stuck seedlings under a fluorescent lamp in his parents’ basement. I didn’t want to write about Jeff Spicoli — the character Sean Penn made famous in "Fast Times at Ridgemont High" — or any of the other wake-n-bake stereotypes I grew up with. My fictional grower, Sullivan Stiles, was a veteran of the war in Afghanistan, a devoted father, and a Montana transplant who noticed details like dawn light. He had more in common with a specialized pharmacist than a stoner. I was happy to learn that his line of work required all the brains I knew he had.

Through extensive interviews with my brother, who had a small grow in Oregon, I learned the mathematical side of plant cultivation. He had three plants under two high-pressure sodium (HPS) lamps that yielded close to three pounds of product every harvest. I learned the difference between indica and sativa strains —mindica will put you on the couch, while sativa can offer a functioning high. I filled a notebook with equations: X number of HPS lamps could take this number of plants, which would equal a predictable yield. A lot could go wrong. Spider mites, for instance. Plant mold. Like most specialized growers, one who concentrates on a particular strain, my brother had his own brew of nutrients and products he used to combat mold and pests.

In short, growing cannabis is complex. The flowering females need a period of twelve hours in darkness to begin forming buds. Once the plants are ready for harvest, they must be cured. Cure time effects THC levels, thus the quality of product. My brother believed in a long, slow cure at room temperatures between sixty and seventy degrees. Three weeks total, give or take. He could tell when his flowers were ready to be cut by the feel of the buds and the crispness of the branches. After trimming he would pack the flowers in large glass jars for the final weeks of cure, airing them out multiple times a day.

A commercial operation like the one in my novel is 20 times the size of my brother’s. The business at the center of "The Wolf Tone" required a crew to do the trimming and curing, plus a separate space for curing and seedlings, in preparation for the next crop. These operations are so large, in fact, they try to keep their locations unpublicized, due to risk of theft and other unwanted attention.

People have gotten better at growing dope, just as we’ve gotten better at cultivating organic apples and designing energy efficient homes. Getting better at stuff is what our species does. Yet judgment continues to be a fact of life for cannabis growers. Even in Colorado ski towns where dispensaries outnumber bars, the number of storefronts allowed on Main Street is limited. In Montana, zoning requirements limit dispensaries by proximity to schools and churches. Thirty-three states plus D.C. now allow medical marijuana. According to a 2017 Forbes study, pot use is on the rise since legalization, though whether that rise is because of legalization continues to be debated.

After my years of closely watching the industry, I don’t see how we wouldn’t get used to dispensaries. In my corner of the world, pot candy now appears at the company holiday party. Edibles are brought to book club. Many parents I know argue they’d rather have their teens smoking dope than drinking booze. But would they be willing, I wonder, to loan money to adult offspring hoping to start a medical marijuana business? Would that feel the same as loaning cash for a startup restaurant? Or, say, a house cleaning business?

Perhaps we’re living in a psychological lag time that accompanies major cultural shifts. Dispensaries are everywhere and edibles are socially acceptable, yet regulations on the number of plants-per-provider vary widely by state. Marijuana use is on the rise, but what evidence do we have that we are any less culturally anxious or depressed? I can only conclude that though we’re happy to use the stuff, in regards to legitimizing the industry, cultural attitudes feel pretty “ambiguous on the matter.”

Christy Stillwell is the author of "The Wolf Tone" (January 8, 2019; Elixir Press) and the poetry chapbook "Amnesia" (2008; Finishing Line Press). She is the winner of the Elixir Press Fiction Prize, a finalist in the Glimmer Train Short Story Contest and the recipient of a Pushcart Prize nomination, a residency at Vermont Studio Center and a Wyoming Arts Council Literary Fellowship. You can visit her online at ChristyStillwell.com.