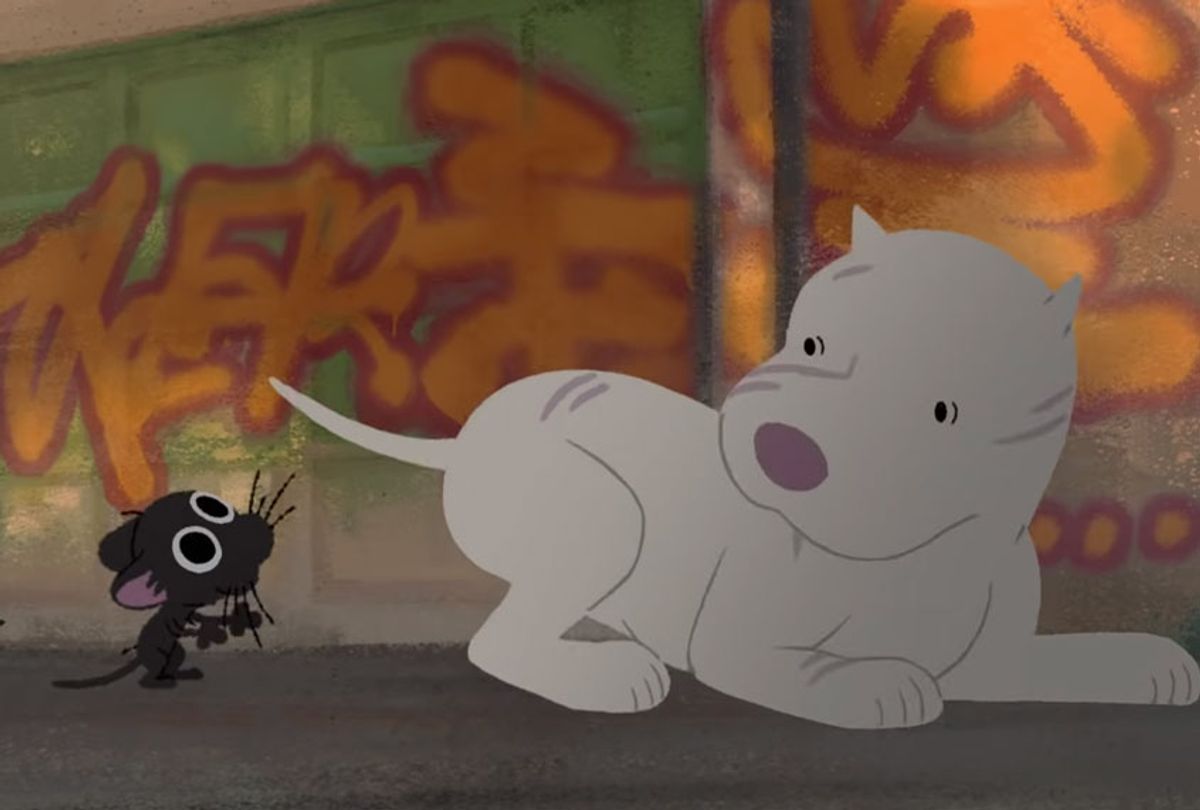 Pixar has debuted its new short film “Kitbull” online (via Mashable), and it’s going to break your heart in typical Pixar fashion. The nine-minute short features 2D animation instead of the studio’s go-to CGI animation style and tells the story of two abused animals (one a kitten and the other a pitbull, hence the title) who form a friendship that changes both of their lives.

“To be fully honest, it started from a cat video,” director Rosana Sullivan said about the short film. “I loved watching cat videos in times of stress. At first, I just wanted to draw something that made me feel good and was fun, but it evolved into something more personal to me eventually. Growing up, I was always very sensitive and very shy, and had actually a lot of trouble making connections, making friendship. So I related to this kitten because it never really stepped outside of its comfort zone to be vulnerable and make a connection.”

Read more IndieWire: ‘Toy Story 4’ Trailer: Buzz and Woody Have a Bad Time at the Fair

Watch Pixar’s “Kitbull” in its entirety in the video below.