Like this show's main fête, this mysterious show has grown into a phenomenon. But its appeal is very simple 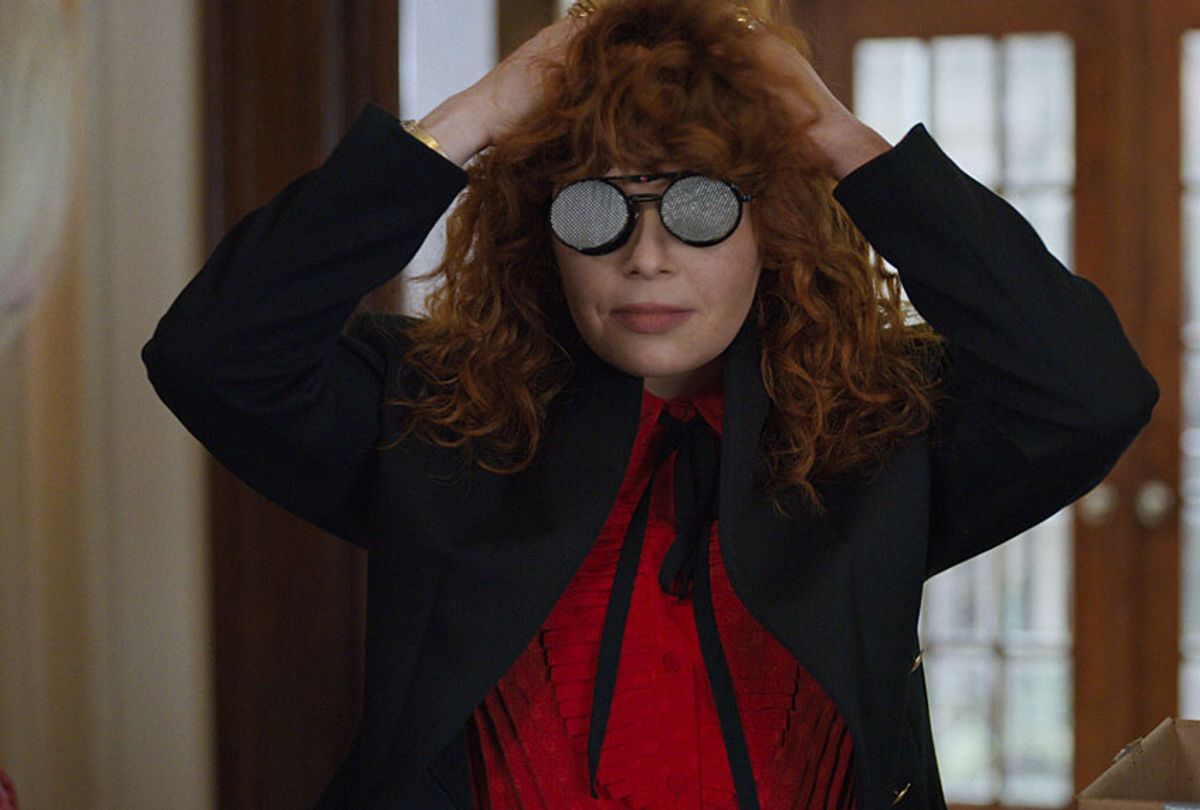 Being tardy in discovering a series is an unnecessarily apologetic concept that needs to be done away with, especially given the deluge of choice viewers face whenever we turn on the television. Admittedly my motivation for saying this is that, by this standard, I am not only “late” in digesting Netflix’s “Russian Doll,” I’m arriving at the dregs of the party, just in time to feast my eyes on a sea of empty bottles and revelers passed out in piles.

But there’s still music and plenty to drink, appropriate to a show about a woman, Nadia Vulvokov, who appears to be trapped in a time-loop that resets in the midst of her 36th birthday celebration. Nadia, played by Natasha Lyonne, is a raspy-voiced New Yorker hellbent on living like there’s no tomorrow, a woman who treats her body like an ashtray and, soon into the first episode, jumps at the chance to smash with a middle-aged douchebag so full of himself that his ego is leaking out of his ear holes.

Nadia doesn’t think much about many people beyond herself, including her friends hosting the festive celebration on her behalf. Said party is filled with people who seem to be there mostly at the behest of the host Maxine (Greta Lee), and the promise of liquor and dancing, as opposed to honoring any significant ties to the guest of honor. But it's not as if she cares. We meet Nadia in Maxine’s avant-garde bathroom, staring at herself in the mirror as other partygoers bang on the door. When she crankily emerges it’s not clear whether the annoyed people waiting their turn know or even like her. Whatever. In a room and a world teeming with strangers, Nadia is defiantly solo.

When she's mowed down by a cab and dies in the street, only to wake up back at that bathroom sink, suddenly she starts caring about her life. She may have been barreling through it toward an early grave, but at least it was moving forward.

That’s pretty much anyone can tell you without getting into spoiler territory — inevitable in any discussion that goes into specifics beyond the series trailer. Which, by the way, doesn’t necessarily sell its high artistic worth.

Enough people have digested “Russian Doll” to let supposed “latecomers” finally know that yes, it’s OK to step into the pool, the plot current isn’t going to leave you flummoxed or bored. The late viewer may even benefit from supplementary reading or viewing on the series. Theories about the meaning and symbolism nestled within each episode abound; if you’re looking for an explainer of what you just saw (or, if you don’t care about spoilers, what you’re about to see), it’s not hard to find a few.

It’s a thing, this “Russian Doll.” And that's surprising. “Russian Doll” doesn’t tease us with nostalgia like “Stranger Things” did when it seemed to drop out of the sky a few seasons back. Lyonne's face on its poster doesn't necessarily make it stand out in the streaming service's jukebox of offerings.

Nor does it necessarily help that “Russian Doll” is one of those shows that’s best enjoyed the less you know about it, a factor increasingly met with wariness in this era of empty hype. Maybe there’s a reason to maintaining an enigmatic veil around a story, or maybe it’s all for nothing. Let other people do the recon and report back, I say. Nothing wrong with that.

Still, we love a “Groundhog Day” premise like we love a good rager: done well and imaginatively, it’s one worth talking about. This one traps Lyonne’s character Nadia in a time loop of revel-die-repeat. Just as importantly, it’s never-ending party is an efficiently paced loop. The eight-episode first season of “Russian Doll” is made for binging; no installment tops 30 minutes, making it an easy four-hour watch you can plow through in a single go.

(Warning: Mild spoilers ahead. Continue reading at your own peril.)

One, the narrative tempts fate by waiting several episodes to justify its existence, an irritating indulgence among streaming series that run on a platform whose quality control is notoriously questionable, if it exists at all.

Mind you, those who already have affection for Lyonne or the scruffy character she plays don't require convincing to hang in there.  All others who don’t immediately invest the time-repeat gambit, however, must be urged to keep watching until the end of episode three when the series explicitly introduces the story’s second most important character, a guy named Alan (Charlie Barnett). Not many series would take almost half of a season to introduce a key co-star, but the moment this one does, the plot immediately tightens.

Secondly, it dares to be a puzzle mystery after many failed attempts crammed with Easter eggs and esoteric literary references, forgetting that even “Lost” tumbled into befuddlement somewhere midway down its own rabbit hole. As its title hints, disassembling “Russian Doll” is a cinch: Each shell opens to reveal a similarly-shaped package that also opens, repeating the same trick but yielding a different look with each go.

This idea also holds for the show's central trick,  that Lyonne and her co-creators Amy Poehler and Leslye Headland anchor the story in Nadia’s perspective (developed, it must be said, by an entirely-female writing staff and executed by women directors) and allow her to be the lovable messy rake, the guy who can’t be tamed or pinned down, whose misdeeds and selfish actions are ultimately forgivable.

It's refreshing that Nadia is uninterested in finding lasting romance with John (Yul Vazquez), a classically “stable” love interest who wants her regardless of how emotionally locked down she is. Instead Alan gets to be the character stuck in a loop of romantic regret — a guy who, sadly, begins each of his highly structured impeccably-timed do-overs stuck with an engagement ring.

But even this thematic turn doesn’t adequate get at the magnetism of a series whose storytelling framework and its very existence are testaments to the potency of time: granting the time we have value beyond efficiency or hedonism; taking life at a pace that makes sense; recognizing that we exist in finite chapters as part of an infinite web of connection.

And these would seem to be huge concepts for a show about a 36-year-old self-concerned woman to wrestle with, especially to a brain at 3 a.m., perhaps under the influence of a joint laced with a party drug, “like they do it in Israel.” Winding down parties are full of philosophers, another detail this series plays out in the very end.

Because even in its gorgeous, heart-swelling final scene, “Russian Doll” still doesn’t expressly reveal what it’s about, but it does trade upon a very straightforward premise beneath all its mind-trips over timelines and quantum theory. Human connection is all that matters in the end. We may not need exclusive partnership as much as we require commitment to looking after one another. It's as simple as that.

Cynics are bound to find this summary message to be facile after all the fuss, I'd bet. Headier intellectual angles abound within these episodes pertaining to physics and alternate existence along with a side dish of mysticism. Its soundtrack features vintage radio delights and has turned Harry Nilsson’s 1971 song “Gotta Get Up” — this show’s equivalent of “I’ve Got You Babe,” the song that tortured Bill Murray’s “Groundhog” character — into a modern-day earworm. One side adventure revived interest in a lesser known work of "Anne of Green Gables" author Lucy Maud Montgomery, "Emily of New Moon."

But the Occam’s Razor of all this hits just right, especially now when it feels like we're nearing some cosmic expiration date. The central message of "Russian Doll" may be beyond succinct summary, the same way that it’s impossible to assign a universally-accepted meaning to the point of living. What matters is that by the time the finale episode’s credits roll and we set this show back on the shelf, you'll probably feel better about people and the human condition. And it’s never too late for that experience.