Caught between the border and the Constitution: Democrats to test Republicans’ loyalty to Trump

Democrats' vote on Trump’s "emergency" is more than a political stunt. It forces Republicans to show their cards 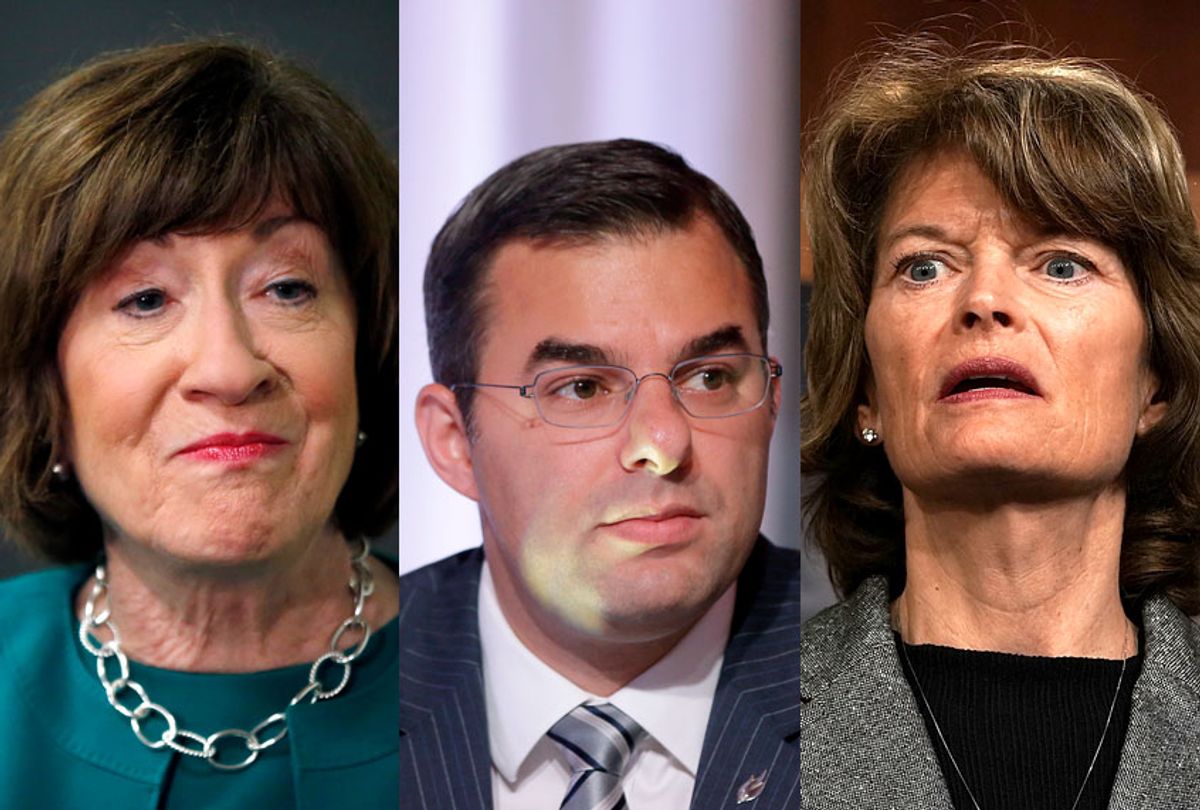 Democrats’ initial strategy to deal with Donald Trump was to treat him as an aberration. Hillary Clinton’s campaign depicted him as apart from the Republican establishment in hopes of winning traditional conservative and moderate voters turned off by his style. But two years on, as President Trump dreams of conferring extraordinary powers to the executive — taking control of broadcast networks and creating internment camps for immigrant children – Democrats have taken a new tack: challenging Republicans to choose between their loyalty to Trump and their oath to uphold the U.S. Constitution.

No president in American history has successfully usurped the authority of Congress to get funding for a project that the legislative branch would not approve. Few Republicans in Congress are willing to follow Trump’s lead in declaring conditions at the U.S.-Mexico border a national emergency, but fewer still will stand up to block his emergency declaration. Now Democrats are preparing to force Republicans in Congress to vote on the most important piece of legislation of the year.

If you haven't been keeping score, here's the recent history: Congress passed a compromise agreement on funding the federal government but the president initially refused to sign it into law. With no clear-cut support for Trump's border plan in Congress, he has declared a national emergency in order to appropriate funding from elsewhere. Under the National Emergencies Act of 1976, Congress gave the president broad power to determine what constitutes a national emergency — without ever explicitly defining what an emergency is.

Trump will have access to 136 provisions that give him control over federal spending and the military. (He has suggested he wants to use the Army Corps of Engineers and National Guard to build the border wall.) There is little anyone can do to stop him, including Congress. But the National Emergencies Act also forces Senate Majority Leader Mitch McConnell to act, even when he'd much rather not. Under the law, if one chamber passes a measure to block the president’s effort, the other chamber has to consider it.

Democrats in Congress have drafted a formal resolution to reverse President Trump’s declaration of a national emergency. While the effort is almost guaranteed to fail, it forces Republicans up for re-election in competitive districts either to make a public break with Trump or to support a controversial move nearly all of them have previously spoken out against.

“Our government was designed for the most ultimate power, the power of the purse, to reside within Congress,” Rep. Will Hurd, R-Texas, recently said on CBS’ “Face the Nation.” “And we shouldn't have an executive — I don't care if it's Republican or Democrat — that tries to get around Congress with this national emergency declaration.” Hurd, whose district spans more than 800 miles of the U.S.-Mexico border, nearly lost his seat last November in one of the nation's closest congressional races. He probably would have had he come out in support of Trump’s wall.

A bipartisan group of 225 House members, including Rep. Justin Amash, R-Mich., and House Speaker Nancy Pelosi, D-Calif., have signed onto the joint resolution to terminate Trump’s declaration of a national emergency at the border. The House is expected to vote Tuesday on a one-page resolution from Rep. Joaquín Castro, D-Texas, under 50 U.S.C. 1622 — the National Emergencies Act (NEA) — which outlines a process by which Congress can terminate a national emergency through expedited legislative procedures. Under those rules, the House will have less than 20 days to consider the measure (and will take much less time than that) before the resolution moves to the Senate where it faces a similar timeline of consideration. This is where Democrats hope their pressure campaign will work.

There are already two GOP senators, Maine’s Susan Collins and Alaska’s Lisa Murkowski, who have voiced support for the Democratic bill to block Trump’s emergency declaration. Republicans can afford to lose only four votes in all.

"I am strongly opposed to the president invoking his national emergency powers. I don't believe that's what the law was intended to cover," Collins told a Maine TV station last week. “If it’s a ‘clean’ disapproval resolution, I will support it,” she said of the effort to block Trump.

If every Senate Democrat votes against declaring a national emergency, and at least five Republican senators join them, the resolution moves on to Trump, who has promised to veto it. Democrats have targeted Senate Republicans facing competitive re-election races in Colorado, Iowa, Georgia, North Carolina and Arizona as key pressure points.

If Trump vetoes the measure, an override is very unlikely in either chamber, since that would require a two-thirds majority. “I don’t see any way that would get overridden, if it were vetoed, in any way shape or form," House Minority Leader Kevin McCarthy, R-Calif., told reporters Friday.

Trump ally Rep. Jim Jordan, R-Ohio, sounded confident, telling ABC News, “I think there are plenty of votes in the House to make sure that there’s no override of the president’s veto. So it’s going to be settled in court, we’ll have to wait and see.”

That's what makes Democrats’ efforts more than a political stunt. Aside from forcing dozens of Republican senators and 32 sitting House Republicans who are now seen as targets for a Blue Wave 2.0 in 2020 to record a vote on an unpopular president’s unpopular policy, Democrats argue that if both the House and Senate pass a resolution rejecting the president’s policy, that will be considered by federal judges assessing the constitutionality of Trump’s declaration.

The ACLU has already filed suit to stop Trump's illegal border wall construction plan and the administration was sued last week by Citizens for Responsibility and Ethics in Washington after the president admitted there was no crisis at the border.

“I could do the wall over a longer period of time,” Trump said during his press conference in the Rose Garden. “I didn’t need to do this. But I’d rather do it much faster.”

It’s difficult to envision anywhere near enough Republicans voting to terminate Trump’s policy, especially now that Mitch McConnell says he supports the emergency. But Democrats will successfully extract tortured rationales of support from Republicans they hope to defeat next year.

“I am wrestling with it every bit as much as I did as an antagonist to the policy in Obama's world,” said Rep. Chip Roy, R-Texas. As Texas Attorney General Ken Paxton’s top assistant in 2015, Roy helped secure a 2015 injunction against Barack Obama’s deferred action program for undocumented parents of legal residents.