"There are certainly other major casualties in this," Simon Kinberg teases about the upcoming summer tentpole 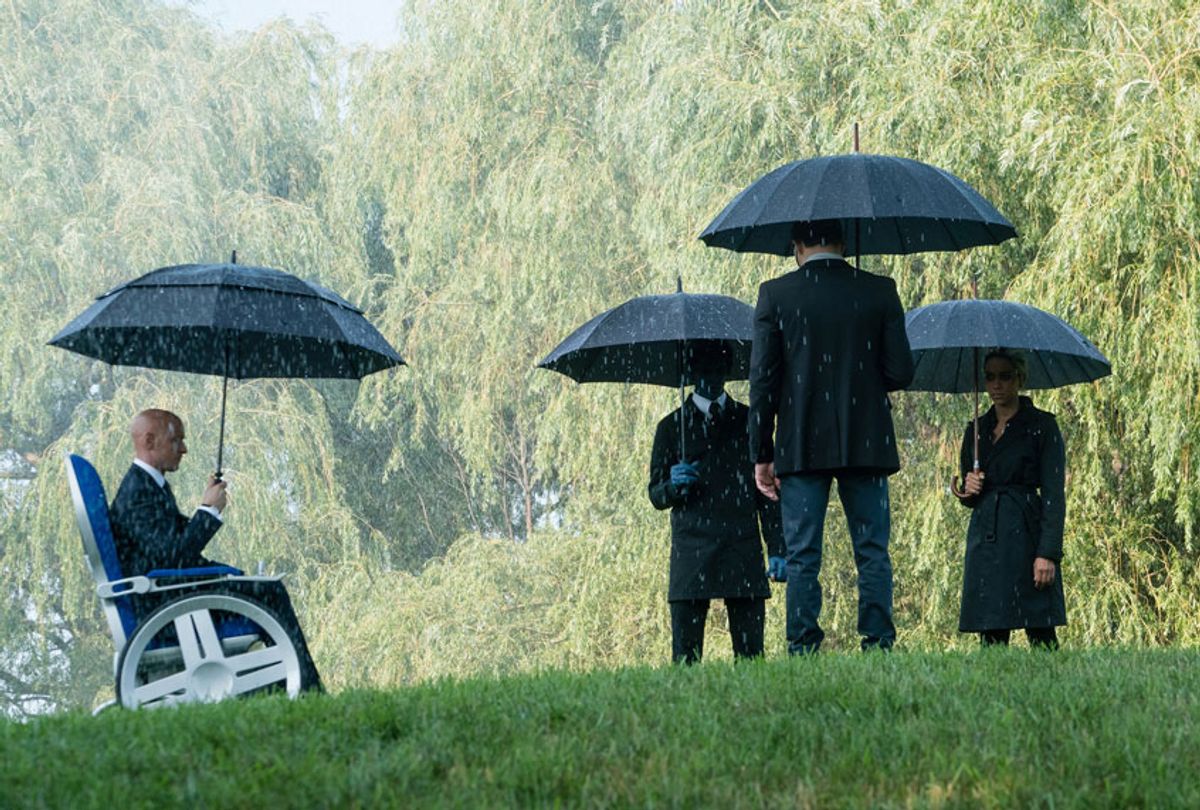 The upcoming “X-Men” tentpole “Dark Phoenix” doesn’t open until June, but that isn’t stopping writer-director Simon Kinberg from spoiling one of the most shocking events that takes place in the film: The death of Mystique. The mutant has been played by Jennifer Lawrence since 2011’s “X-Men: First Class” and will be killed off in “Dark Phoenix.” The superhero movie’s new trailer teases Mystique’s death at the start, but Kinberg flat out confirmed the shocking twist in an interview with Entertainment Weekly.

“Well, the thought process behind that was to primarily show that this is a movie that is unlike other X-Men movies,” Kinberg said when asked why the trailer spoils one of the film’s main deaths. “It’s a movie where shocking things happen, where intense, dramatic things happen. People don’t just fall off buildings and dust themselves off and walk away. There’s a reality to this movie and a consequence to this movie. Even more than that, it was to show that Jean/Dark Phoenix is genuinely a threat to everyone, including the X-Men.”

Lawrence has become one of the world’s biggest stars over the course of her “X-Men” run. A year after starring in “First Class,” Lawrence launched the hugely successful “Hunger Games” franchise and earned critical raves for “Silver Linings Playbook,” which won her the Oscar for Best Actress. The actress reprised her role of Mystique in “X-Men: Days of Future Past” (2014) and “X-Men: Apocalypse” (2016). Kinberg said killing off a character played by an A-lister as big as Lawrence was “the strongest, most dramatic thing for the movie.”

“Sometimes you have to make those kinds of hard decisions to service the larger story,” Kinberg said. “And the larger story really is Jean cracking up, losing control because she’s more powerful than anyone else in the world. To dramatize that properly, you have to show real loss, you have to show real pain and show real threat and menace. I didn’t want to do that by her blowing up a building with anonymous people in it. It had to feel really personal for the X-Men, and I wanted it to be something that would fracture the X-Men as well. Mystique is someone who in our universe has been part of the X-Men and has been part of Magneto’s world. Her death impacts literally everybody.”

Read more IndieWire: Noah Hawley Told Fox He Couldn’t End ‘Legion’ Unless They Allowed Him to Use Professor X

Mystique’s death will give “Dark Phoenix” its dramatic center. After the character is killed off, the existing X-Men fracture into two groups: One that wants to kill Jean, led by Magneto (Michael Fassbender), and one that wants to save her from herself, led by Charles Xavier (James MacAvoy).

As Kinberg concluded, “For me, if there’s a metaphor for the film, it’s like if someone in your life or your family starts to lose control, whether that be because of drugs or mental health issues or more minor things, the question is: At one point do you give up on them? And how long do you hold out hope for them?”

Read more IndieWire: Steve Buscemi Is Understandably Perplexed by That Viral Video of His Face on Jennifer Lawrence

While Lawrence’s death may be a shocker, it’s not a total loss to the franchise now that the previously Fox-backed “X-Men” is moving under Disney. The merger means “X-Men” characters could start appearing in the Marvel Cinematic Universe, and Disney is expected to wipe the Fox-backed films clean and start from scratch with new actors playing the superhero characters.