Can we still listen to Michael Jackson? We wouldn't need "cancel culture" if we had justice culture 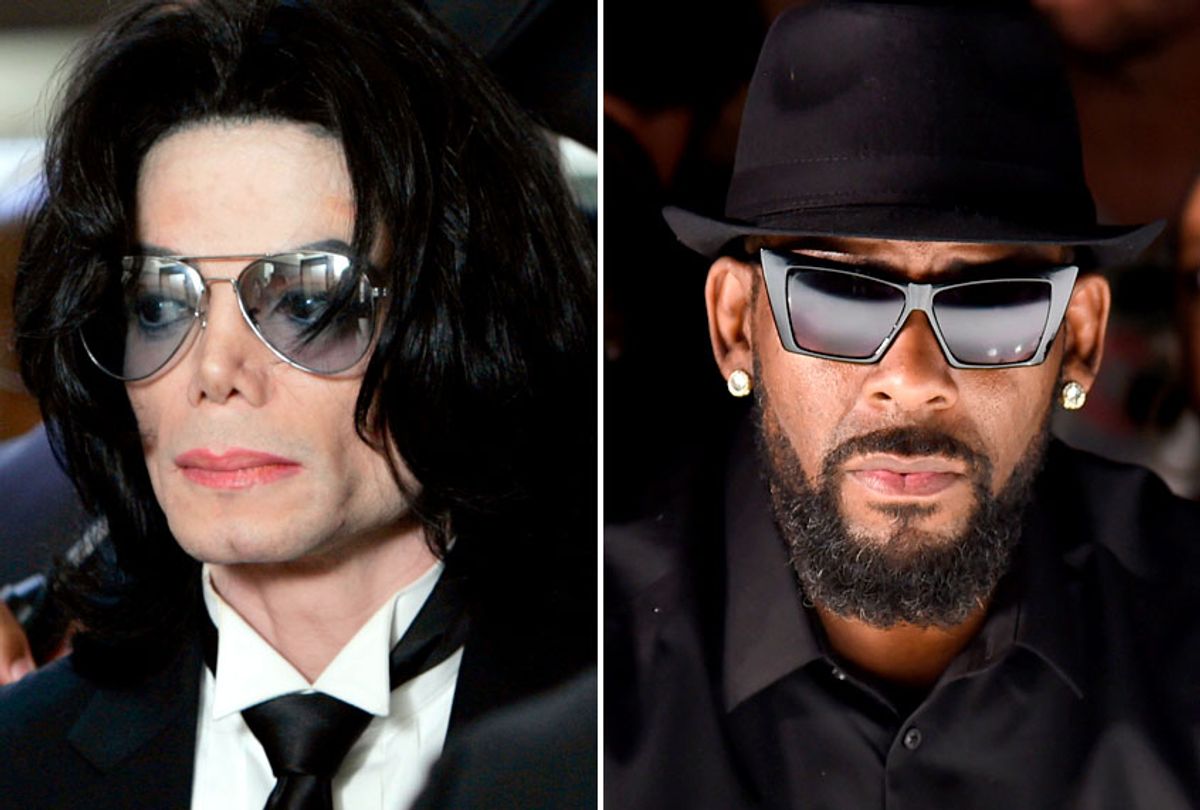 "Cancel culture" — the recently coined term describing a movement to remove the works of prominent artists who've done terrible things from the cultural canon — is about to face the toughest test of its limits imaginable.

Over the weekend, HBO will air "Leaving Neverland," a widely-publicized documentary that chronicles the experiences of two men who say they were sexually abused by Michael Jackson when they were children. People who have seen the film are already declaring that, as happened with Lifetime's "Surviving R. Kelly," this film will rattle people's ability to keep ignoring the accusations against Jackson and playing his music as if none of it had happened.

But can we, as a society, really just "cancel" the most famous and beloved pop star of all time, a man so famous that fans simply call him "Michael"? Or is it time to face a deeper reckoning about the limits of cancel culture, and ask harder questions about what really needs to happen to get justice for victims?

To put it another way: If we had a justice culture, would we even need to worry about cancel culture?

Slate music critic Carl Wilson argues that, as gut-wrenching as the accusations against Jackson may be, "to throw that foundational performer and songwriter’s work as a whole into the landfill would be an empty rhetorical flourish."

Wilson is likely experiencing a lot of dramatic denunciations on social media right now, but he's probably right that Jackson is "too big to fail." Jackson's oeuvre will almost certainly moonwalk right past cancel culture.

Cancel culture, in fact, is an incoherent and inadequate response to sexual abuse. People turn to it because real justice is elusive. Unable to punish the men who actually commit and perpetrate sexual assault, fans instead punish themselves, sacrificing the pleasures of "Rock With You" or "Ignition (Remix)" in a desperate desire to create some consequences in a world that rarely offers any for these kinds of misdeeds.

But if there was some assurance that real justice was possible, would cancel culture even feel necessary or important to so many people? Could we better separate the art and the artist if we could use a set of prison bars to do it?

I can't help but think the answer is yes. When Kelly was arrested earlier this month and charged with criminal sexual abuse, one of my first thoughts was that if he does real time for his alleged crimes, it will be a whole lot easier for people to listen to his music without feeling guilty.

After all, Kelly's crime wasn't making memorable R&B hits. It was hurting women. If he pays for the latter, then maybe we can reassess how we feel about the former.

The debate over cancel culture is really rooted in the twin cases of Woody Allen and Roman Polanski, two men who not only faced serious allegations of sexual assault against minors, but who managed to evade the very real threat of prison. Polanski was convicted in 1977 and skipped the country rather than doing his time. Allen has lost multiple civil court cases after his daughter accused him of sexual abuse in 1992, but he evaded a criminal trial because, while prosecutors believed Allen was guilty, they were concerned that his daughter was "too fragile" to deal with a trial.

A lot of the anger at cultural institutions like the Oscars for giving these men trophies wasn't about the work they've made, but a sense of outrage that they were free to collect these honors rather than sitting in a prison cell (at least for a while). Over the years, as the names of men who have evaded justice have piled up, and more stories emerged showing how rare it is for sexual abusers to face any consequences, that anger ballooned and transformed into cancel culture.

We can't make them go to jail, the thinking goes, but we can take them off our screens and out of our headphones. It's an attempt to assert control over a situation where victims and their allies often have none.

But what if men who did bad things were actually punished?

Last year, Ayanna Jackson spoke out, as part of the #MeToo movement, about being gang-raped in 1993 by a group of men that included rapper Tupac Shakur. Her story is incredibly violent and distressing and, unfortunately, was met with scorn by those who prefer to believe the denials Shakur kept issuing until his death in 1996.

Ultimately, there was nowhere near the same level public reckoning over Shakur's legacy as there has been over some other artists believed to have committed sexual violence. I suspect the difference comes down to this: Shakur was convicted and sentenced for his crime.

His prison time was relatively short, just nine months. But what matters more is that there was a trial and the victim received public vindication. We do not have to say the crime was "alleged." We can call Jackson the victim, not the "accuser." She received at least some measure of justice in a real court of law, so there is less need to grasp for some kind of cosmic justice by refusing to listen to Shakur's records.

And all that is just one case. Imagine if consequences for sexual abuse were swift and certain in general, as they are for many other comparable crimes. It would change the entire landscape of how we think about this issue. It would make cancel culture, in all its inadequacy, completely unnecessary.

It's not by happenstance that the main targets of cancel culture are men who are believed to be sexually abusive, after all. The debate over sexual abuse is really a debate over justice, and over the ways that certain kinds of crimes and transgressions aren't taken as seriously as others. If you slap a co-worker, you will likely be fired; if you grope them, it's still an open question. If you punch someone in a bar, you're probably getting arrested. If you rape them later that night, there's a decent chance you'll get away with it.

This disparity is what cancel culture is reacting to. If we can't lock you up or take away your livelihood, we can make it embarrassing -- at least in some corners of society, anyway -- to play your records or watch your movies. It's a small and largely symbolic gesture, but it feels better than nothing, and nothing is what we mostly have now. But if there was already something better than nothing — if there were real consequences for those who commit sexual abuse — then cancel culture wouldn't feel necessary, and likely wouldn't exist.

Jackson died a decade ago, so there will never be any real justice in his case. But this debate was never about a specific person, not really. We struggle with Jackson's legacy in no small part because we still live in a culture where men who did what he allegedly did all too frequently get away with it. If that changed, in a serious and systematic way, it would be easier to look at his musical legacy separately from his personal crimes. And we could keep listening to "Billie Jean" without worrying that we were contributing to a culture of tolerance and silence around sexual abuse.