A clean water revolution is happening in the U.S. 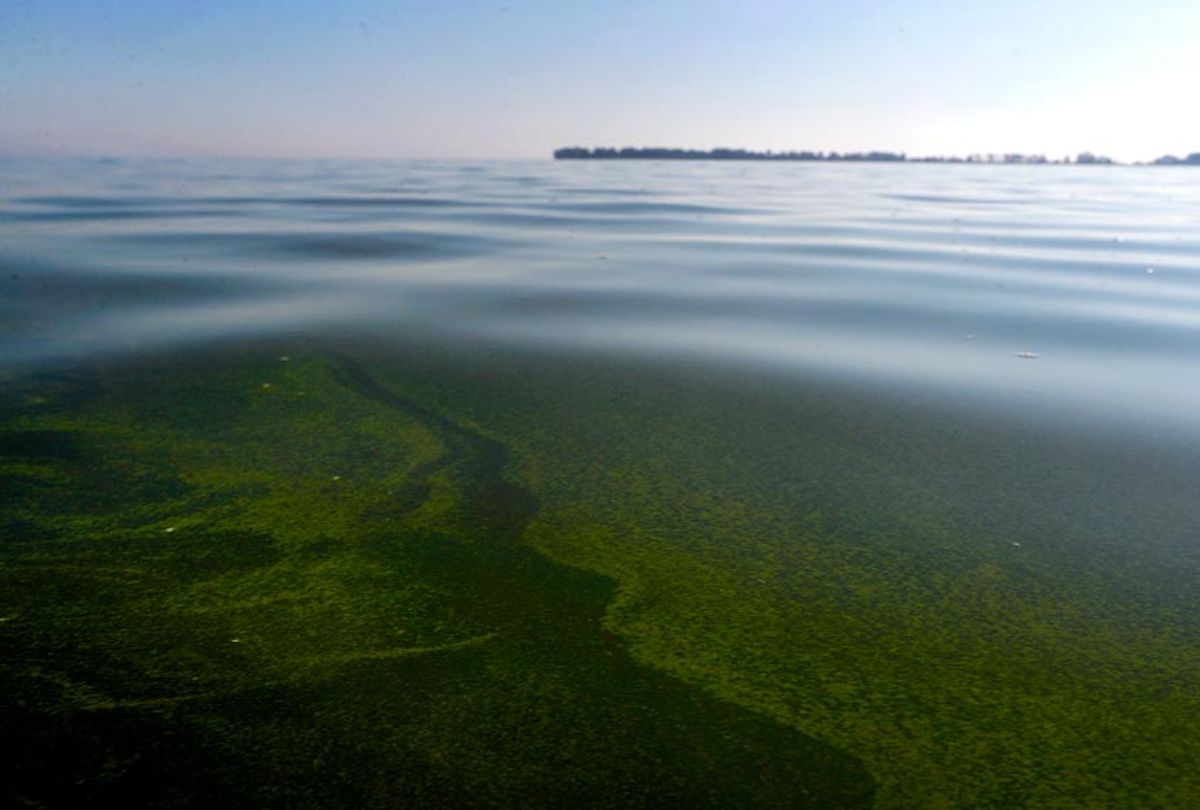 On February 26, voters in Toledo, Ohio, passed the Lake Erie Bill of Rights in a special election. It grants the right of Lake Erie “to be healthy and free from pollution that today is killing the Lake and depriving surrounding communities of safe water.”

In 2014, the western basin of Lake Erie experienced extreme toxic algae blooms that contaminated the drinking water of nearly half a million people in the region, sometimes causing citizens of the Midwestern city of Toledo to go days without fresh water. The algae blooms are attributed to nutrient runoff in agriculture and sewage.

Of course, big agriculture is permitted to use nutrients. Yet even with regulations and permits, the harmful effects of the practice left residents unable to drink, bathe, or even wash clothes with tap water for days.

Markie Miller, an organizer with Toledoans for Safe Water, tells us she thought, “Something’s not working.”

In August of 2018, Toledoans for Safe Water turned in petitions to put a community rights-based initiative on the ballot, with over 10,000 signatures. After a months-long legal battle, the initiative made it to the ballot for February’s special election. It passed with a whopping 61 percent to 39 percent of the vote.

“The law recognizes the rights of [Lake Erie] and its watershed, and empowers citizens,” Tish O’Dell, Ohio community organizer for Community Environmental Legal Defense Fund, said in a press statement. It gives the citizens, watershed, and lake “the right to a healthy environment” and gives people the right to take action on behalf of the lake “when those rights are violated.”

“We’ve been using the same laws for decades to try and protect Lake Erie. They’re clearly not working,” Miller added in a statement. “With this historic vote, the people of Toledo and our allies are ushering in a new era of environmental rights by securing the rights of the Great Lake Erie.”

Often, the course of action with pollution is to test the water. “We can test and test and test,” says O’Dell. “The lake is still dying because polluters still get to pollute.”

This is a rare law in the United States passed by citizens that gives rights to an ecosystem.

“That’s the exciting part of it,” says O’Dell. “We need to expose more people to the rights of nature. It’s alive. And yet we allow these corporations who aren’t human the ability to pollute. I hope [this victory] is the spark of a movement.”

“These corporations are killing our planet and us, because we are not separate,” adds O’Dell. “We have to be honest and change our relationship with nature, because let’s be clear: We need nature, nature doesn’t need us. The lake will be fine if we go away, but if the lake dies, it’s going to affect us a lot more.”

Nature, she adds, is not a property to be exploited.

For years, says Miller, “we were being told no, no, no, no, no by agencies and experts. The people get to say yes.”

According to the Toledo Blade, “attorneys representing Drewes Farms Partnership of Custar, Ohio, are asking for the successful ballot initiative to be thrown out on the grounds it is ‘unconstitutional and unlawful.’”

Also according to the Toledo Blade, critics say the Lake Erie Bill of Rights is “anti-business” and that it “threatens the economic security” of Toledo’s families.

Considering the sizable win for the initiative, it seems residents don’t feel secure knowing the lake could again become so contaminated they are unable to drink, bathe their children, or even wash their clothes with the water coming from their pipes. It seems their health and that of their families come before the critics’ warnings.