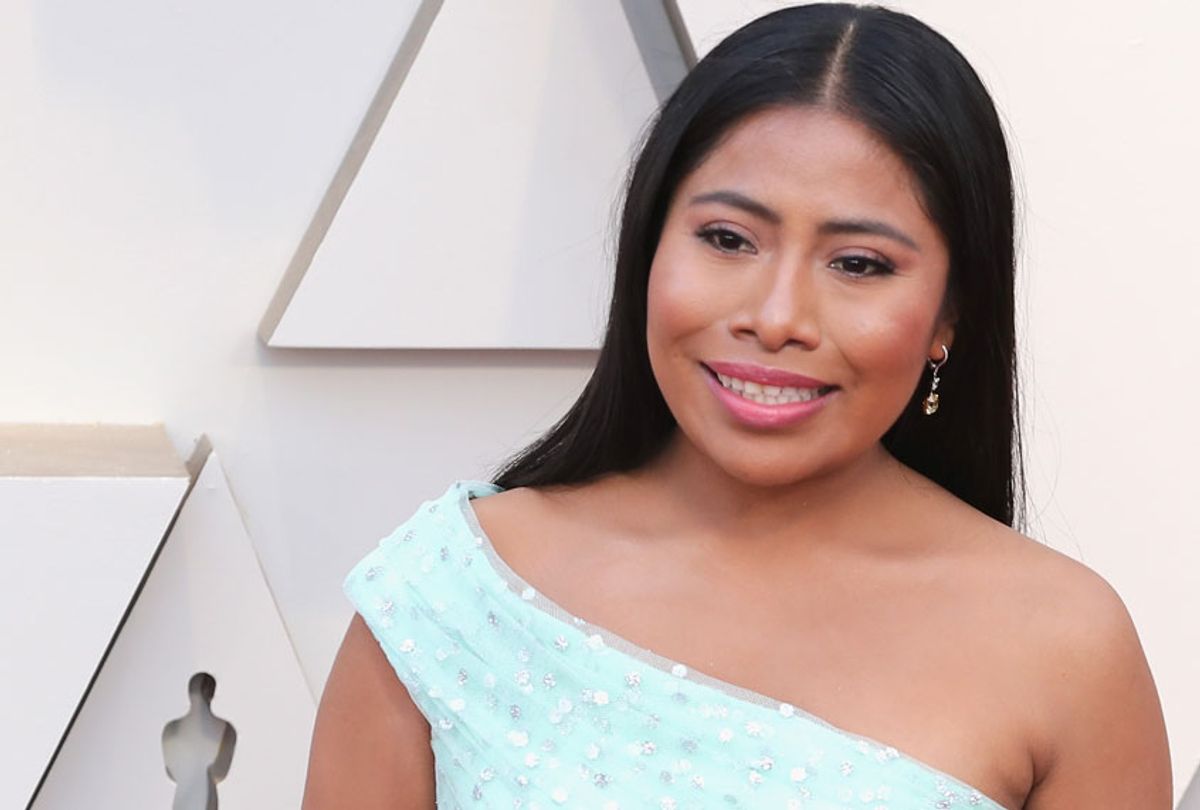 The Mexican multimedia network Televisa is facing backlash after one of its hosts, Yeka Rosales, appeared in brownface to parody “Roma” and actress Yalitza Aparicio. According to the Associated Press, Rosales promoted the season premiere of comedy series “La Parodia” by dressing up as Aparicio. The look included thick lips, brown skin, a large prosthetic nose, and a black-colored wig. Rosales posted videos and photos of herself in brownface as Aparicio to social media.

Aparicio was nominated for Best Actress at the Oscars for her performance in “Roma,” one of 10 nominations the film received this year. The main reason Rosales’ brownface parody of the actress is being criticized is because of the racism Aparicio had to overcome throughout awards season. Aparicio is of Mixtec heritage, an indigenous group in Mexico that is routinely discriminated against.

“I’m not the face of Mexico,” Aparicio told The New York Times when asked about the backlash she was receiving after gaining fame as an indigenous woman. “It shouldn’t matter what you’re into, how you look — you can achieve whatever you aspire to.”

A spokesman for the Televisa network told the Associated Press the network does not support racism and condemns any form of discrimination. “We do not believe that the production of ‘La Parodia’ engages in this type of practice,” the spokesman said. The network said comments made in “bad taste” from the “Roma” parody episode will be edited out. Televisa also deleted a video tweet that included Rosales’ controversial Aparicio look.

“The Mexican elite disposition has always portrayed indigenous people as funny and ugly,” William Nericcio, a professor at the Center for Latin American Studies at San Diego State University, told the AP about where the backlash against the network is coming from. “Networks like Televisa profit from this.”

Rosales reacted to the criticism by saying that she parodies people of all races and was not specifically targeting indigenous people. “I interpret people of all the skin colors and races and ages that exist in the world,” she wrote on social media. Rosales admitted to previously darkening her skin to parody Donna Summer.

Per the AP, Televisa has a history of using blackface. The network was criticized in 2010 after it hired actors in blackface for a popular morning program during the World Cup in South Africa.