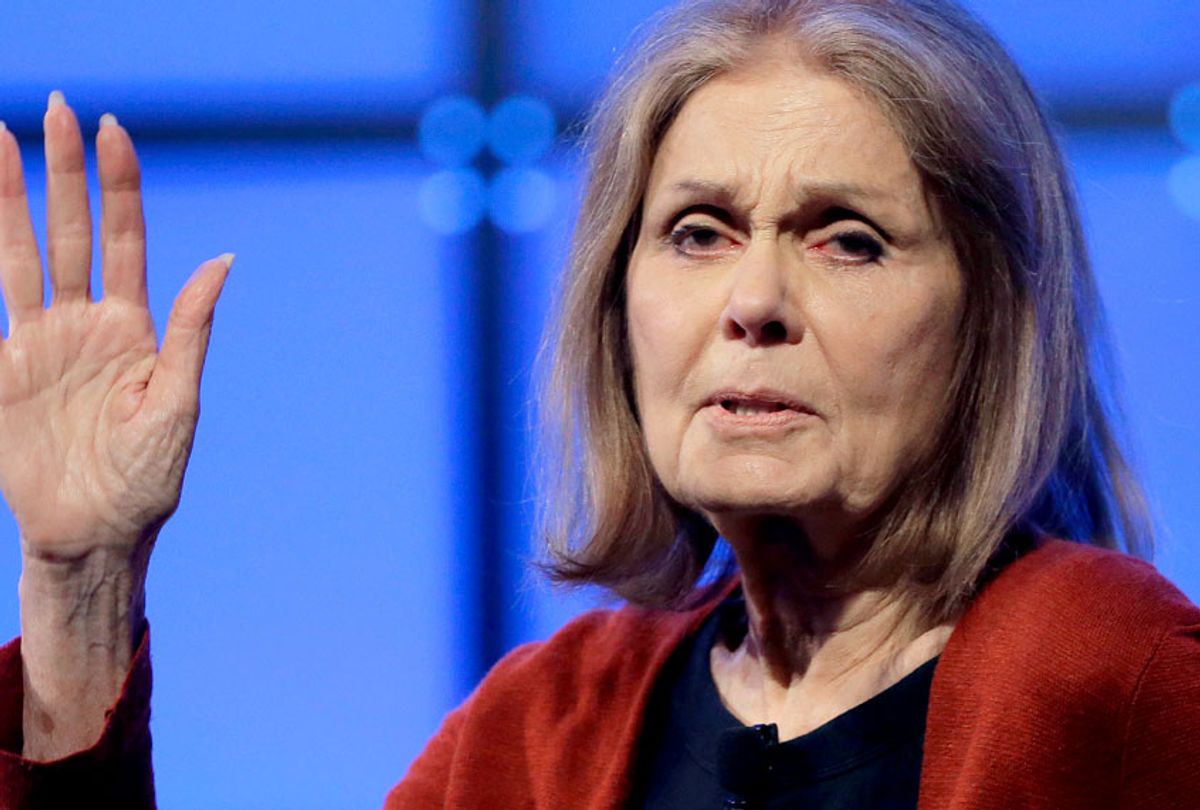 If you sit down and have a conversation with a woman who proudly identifies as a feminist, you eventually talk about the “moment of revelation.” It’s the moment when you look around and realize just how slanted society is toward supporting the needs of men at the expense of women.

For Gloria Steinem, the moment was while she was working for the presidential campaign of George McGovern.

“I was at this stage where...I realized my suggestions would be taken more seriously if they were given by someone else,” she told me in our conversation at the Castro Theatre in San Francisco for Women Lit, a program of the Bay Area Book Festival. “So I would be sitting there, you know, giving my suggestions to the man next to me or writing things out.”

Now, if you grew up aware of Gloria Steinem, the founder of Ms. Magazine and the fierce, outspoken warrior for "women's lib," female independence and equality, the image of her quietly whispering ideas to her male colleagues so they can voice them for her is jarring.

But it’s also comforting to see that anyone, no matter how subservient they are to the patriarchal order of things, can be awakened and called to action.

So what was Gloria’s awakening?

“I was supposed to go to a meeting and one of [McGovern’s] top advisers said ‘no broads,’” she told me. “I had had it. I just had it.”

Artist-activist Favianna Rodriguez, who joined us on stage at the Castro, says her moment of revelation came after growing up as a first-generation immigrant in Oakland, California and experiencing the shame and silencing that comes with women’s sexuality and bodily autonomy.

“In my own home, my culture was very much about shame-oriented narratives, like ‘close your legs, don't get pregnant,’” Rodriguez said. “And so I didn't have the tools to navigate when I was finally able to not be monitored by my parents. And so I got pregnant in my third year in college and when I told my partner at the time he disappeared and I didn't see him again. And I was alone and I had I had an abortion alone — and actually it was thanks to Planned Parenthood that I was able to get an abortion. But it took me ten years to come out of the closet with my story.”

It amazes and inspires me that these moments can happen in vastly different places — Gloria’s began in the meeting rooms of the highest echelons of political power, and Favianna’s began in the neighborhoods of Oakland during the crack epidemic — and lead us to literally the same spot: speaking out for women’s rights and reproductive justice, and sharing their stories, side-by-side on the stage of the Castro Theatre.

“There are moments like that for all of us, I'm sure,” Steinem told me. “I think of these as moments of revelation that get you off your ass and into the revolution.”

Steinem's book of essays "Outrageous Acts and Everyday Rebellions" is now out in its third edition.

Listen to the complete interview here.