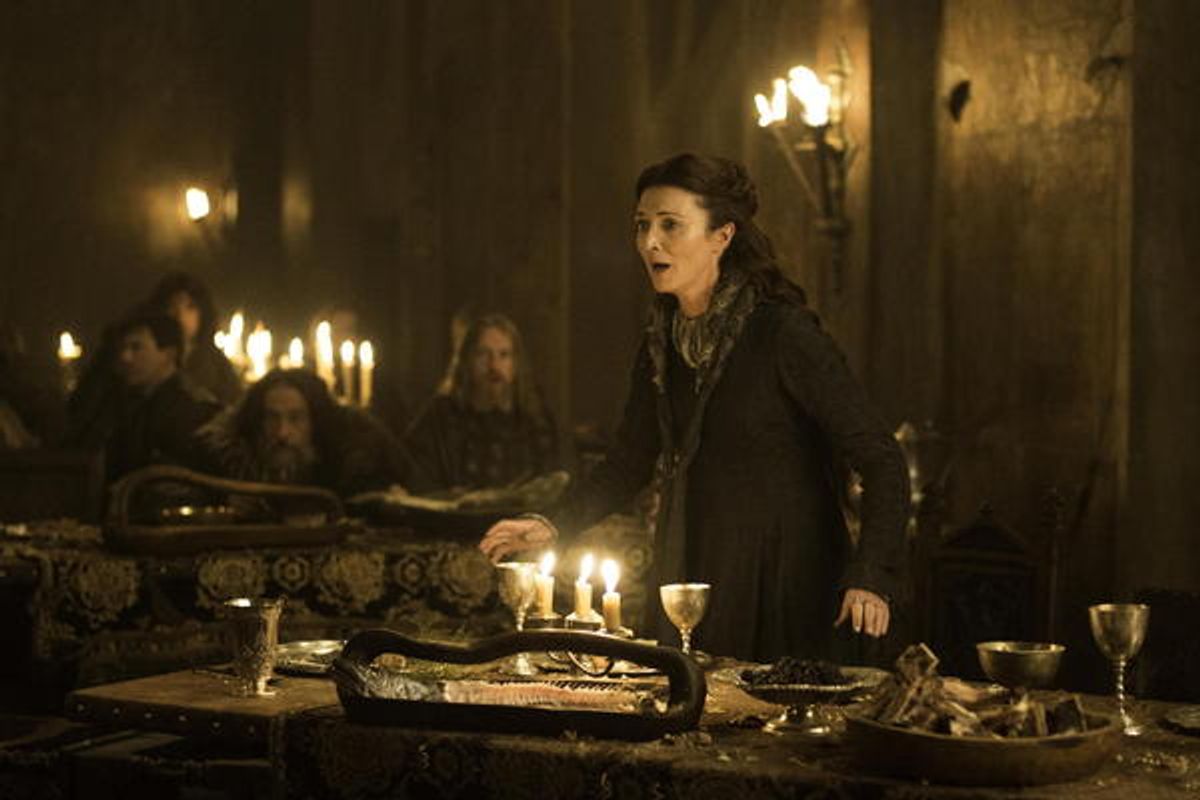 Ahead of “Game of Thrones” Season 8 debuting on HBO next month, Entertainment Weekly rounded up author George R.R. Martin, showrunners David Benioff and D.B. Weiss, director David Nutter, and cast members Richard Madden (Rob Stark), Michelle Fairley (Catelyn Stark), and Oona Chaplin (Talisa) for an oral history of The Red Wedding. The event was featured in “The Rains of Castamere,” the penultimate episode of the show’s third season, and is widely considered one of the most shocking moments in TV history for the way it brutally kills off the aforementioned main characters.

Nutter and the “Thrones” showrunners decided to film the sequence in chronological order as to help build the actor’s emotional arcs leading up to their deaths. The Red Wedding was shot over a full week of production in Belfast. Nutter stressed shooting in sequence so that the actors could properly “build up the emotional journey of the sequence.” Fairley was especially grateful production decided to shoot chronologically.

“Every day we edged closer to the slaughter,” Fairley said. “By the end of the week, you were getting emotional. You know it’s coming and it’s calm and it’s a wedding but as the week progresses you’re nervous and you have to remain concentrated. But you have to remain [looking] fooled as well.”

“We organized it so that Catelyn losing it at the end was the last scene we’d shoot of [the episode],” Nutter added. “And we talked about how long she would stand there before the guy comes up and puts a knife in her throat. I told [Benioff], ‘I’ll start it off so she kills Frey’s wife and then she’s in her moment of pure despair and starts to lose herself, I’ll just hang there and wait until you nod your head and then I’ll cue the guy to come in and cut her throat.'”

Filming Catelyn’s final moment on the last day of shooting The Red Wedding also meant it was the last scene Fairley would ever shoot as Catelyn Stark on “Game of Thrones.” Both the actress and Madden said the entire weeklong production was “exhausting,” which made the despair seen in those final moments not too hard to execute. Catelyn’s death scene was so rattling for Fairley that she stopped speaking to the cast and crew for a week afterwards.

As Weiss revealed, “We tried to call Michelle afterwards. She wasn’t answering. A week later she wrote an email saying, ‘Sorry, I haven’t been able to talk to anybody because I’ve been so shattered.'”

Fairley said The Red Wedding left her feeling like a “walking shell.” Madden said the filming of The Red Wedding left him equally a mess. “We were mentally exhausted. I cried my eyes out, completely — as did a lot of the crew and other actors,” the actor said. “It was very emotional. The wrap party was that night, but I had to start filming another job the next day. So I washed my blood off and got on a plane.”

Chaplin’s Talisa was the first character killed in The Red Wedding, which meant she had to play dead for a large portion of the sequence. “I was actually crying while I was dead,” Chaplin said. “The director had to come over: ‘Oona, you need to stop crying, dead people don’t cry. You’re dead, just be dead.'”

The emotions extended to the production’s cast and crew. “I remember turning to the script supervisor after one take where Richard was dying and I was like, ‘That was a good take,'” Benioff remembered. “And she was just bawling. It’s a bittersweet thing. You’re making all these people sad. But on the other hand, that’s kind of the idea. If we shot The Red Wedding and nobody got emotional, it would be a failure.”