"Captain Marvel" exceeds expectations, but superheroes can’t do all the box-office work

Brie Larson proved to be a real superhero, but Marvel can’t do all the heavy lifting at the box office 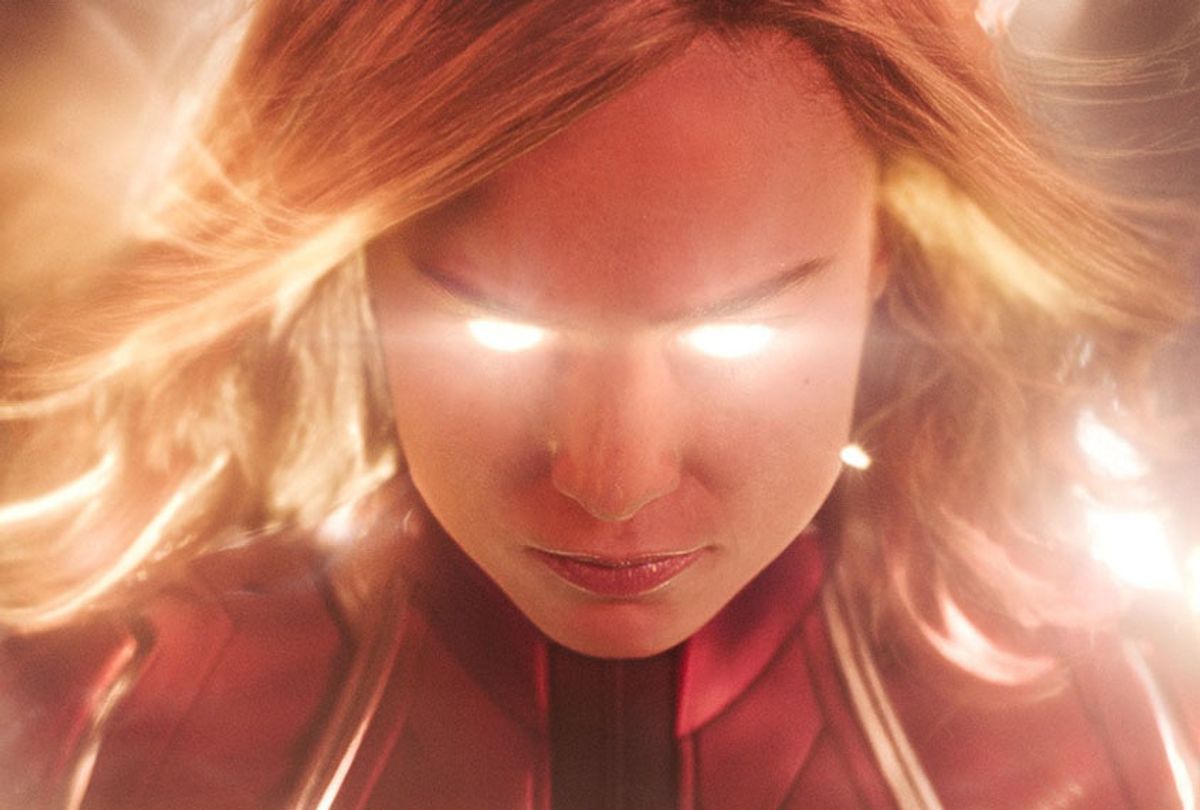 Men comprised 55 percent of the audience for Marvel’s “Captain Marvel.” That helped the film reach a stellar $153 million opening gross and combined $455 million worldwide, disproving the trope of wide-audience rejection of a female superhero. If anything, the silly outrage might have helped this get more attention.

In adjusted figures, this represents the eighth-biggest Marvel opener, the best first weekend in nine months (since “Incredibles 2”), fourth biggest  opener in March, and the most positive box office news in a long time. But it also is an expected result which, by itself, doesn’t entirely deflect the recent downturn.

For once, business actually went up (and strongly) from the similar weekend a year back. This reduced the deficit from last year to a little over 20 percent, cutting the dollar to about $510 million. That’s still a lot to overcome. Upcoming openings of Jordan Peele’s well received SXSW-premiered “Us” and Tim Burton’s “Dumbo” should help.

For once, business actually went up (and strongly) from the similar weekend a year back. This reduced the deficit from last year to a little over 20 percent, cutting the dollar to about $510 million. That’s still a lot to overcome. Upcoming openings of Jordan Peele’s well received SXSW-premiered “Us” and Tim Burton’s “Dumbo” should help.

The third entry in the “Train Your Dragon” franchise could use the help of upcoming Spring Break vacations. After posting the biggest domestic opening in the series, it now has fallen to last among them in its third weekend. Its drop of 51 percent was likely steeper because of the Marvel competition. Still, it symbolizes one of the ongoing issues this year so far: most films, irrespective of their openings seem to be falling faster.

“A Madea Family Funeral” at 55 percent down wasn’t much different from most second weekends for Tyler Perry’s signature character. And since the opening was stronger than expected, that brings it to a number ($45 million) that will put this ahead of all but one similar titles in the series since 2012.

But those two holdovers, plus “Captain Marvel,” were the only three to gross over $4 million this weekend. That is rare and looks close to be unprecedented. Two factors come into play: There’s a the lack of heat for recent titles, and an absence of other top titles to go head to head with a juggernaut. It’s great that top franchise films still draw, but the lack of supplemental draws is a continuing and serious issue.

Read more IndieWire: ‘Captain Marvel’ Post-Credits Scenes: What They Are and What They Mean for the MCU

Other than the expanding “Apollo 11,” which placed tenth despite only grossing $1.3 million (in 405 theaters, though it still dropped from its IMAX-enhanced numbers last week), the other continuing films fell in the range of 42 to 53 percent. Not huge drops, but resulting in numbers between $2 million and under $4 million. Those numbers belong in the bottom half of a Top Ten, if placing at all.

So definitely get excited about the top new films ahead. But if 2019 is ultimately going to find parity, it will need help from more than the very biggest titles.

2. How to Train Your Dragon: The Hidden World (Universal) Week 3; Last weekend #1