"Empire" returns: What options do its producers have regarding Jussie Smollett? 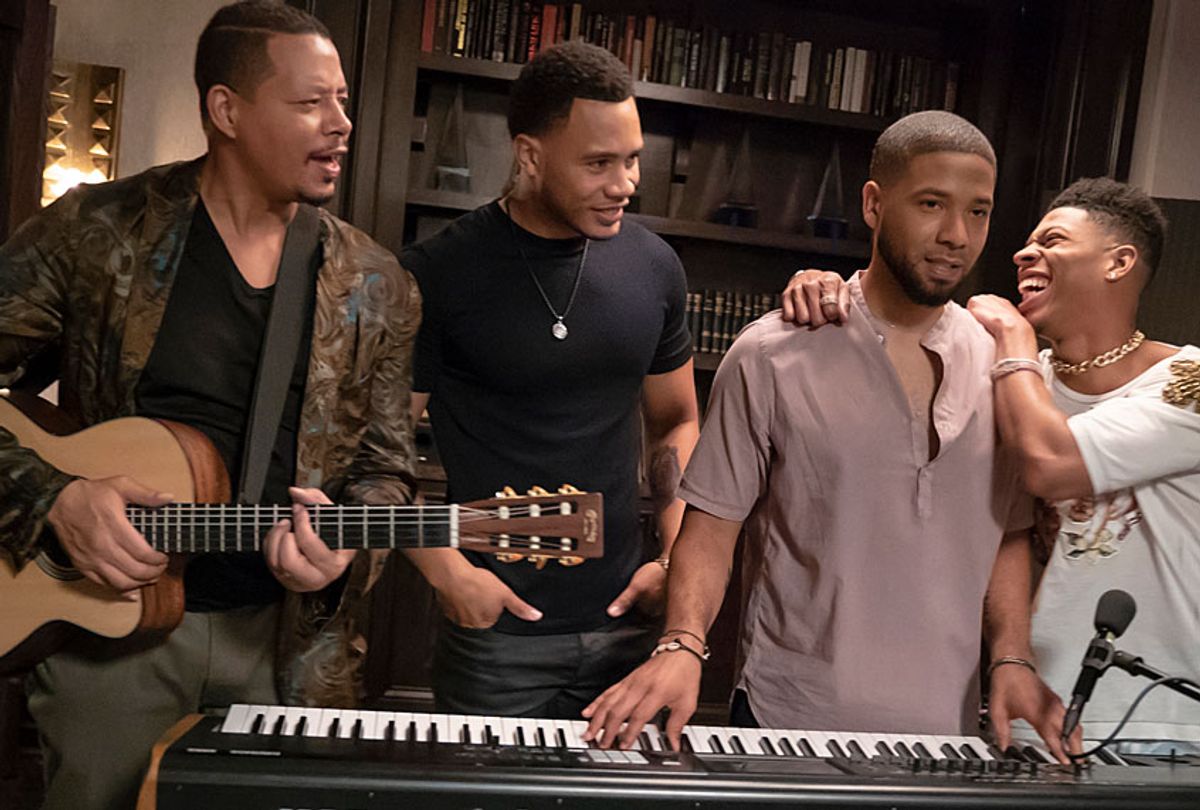 On Wednesday, “Empire” makes what should’ve been an uneventful return to TV to finish its fifth season, except that now, star Jussie Smollett’s real-life scandal has overshadowed any melodrama that the Lyon clan has experienced. In January, the actor reported that he was attacked in what appeared to be an alleged hate crime while in Chicago. However, an investigation cast doubt on his account, and by March, Smollett was indicted on 16 felony counts of “false report of offense” related to the incident.

Although he maintains his innocence, the seriousness of the alleged crime could not be ignored. In a statement supporting due process, series producers distanced “Empire” from the scandal and stated that Smollett’s character Jamal would be removed from the final two episodes of the season. But it will be difficult to forget about Smollett when he continues to appear on screen. In Wednesday’s episode, Jamal figures prominently with a meaty emotional storyline in addition to two musical numbers.

What happens with “Empire” once Smollett’s seven of the nine remaining episodes air is still uncertain. Fox could cancel the series to be done with the Lyon family and any stigma from the case once and for all, but that seems like overkill. In the past, a handful of TV shows have been abruptly canceled in the wake of their star’s alleged criminal activities. In 2009, the VH1 reality show “Megan Wants a Millionaire” was canceled mid-season once it was revealed that contestant Ryan Jenkins was suspected of murdering his wife, whose body was found in a suitcase. In 2015, reality show “19 Kids and Counting” pulled the plug after eldest son Josh Duggar’s history of molesting his siblings came to light.

However, those extreme cases need not apply to “Empire” because its scripted nature gives it enough distance from reality. Jamal is not Smollett. Besides, “Empire” is one of Fox’s stronger performing dramas, boasts an inclusive cast, and therefore is worth keeping around from a business standpoint. Also, Terrence Howard and Taraji P. Henson are enough of a draw to lead the Lyon family’s story, which doesn’t rest on any one supporting character.

According to one report, recasting the role of Jamal is another option favored by co-creator Lee Daniels since the character is supposedly loosely based on himself. Certainly this strategy has been used on TV shows before, dating back to the two Darrens on “Bewitched,” Aunt Viv on “The Fresh Prince of Bel-Air,” and the two Beckys on “Roseanne,” among others.

Read more IndieWire: The Best TV Shows to Binge and Where to Watch Them

Or, “Empire” could eliminate the role of Jamal and fill that gap in the story with another character altogether. This was a viable option for “Two and a Half Men,” which replaced Charlie Sheen after his continued erratic behavior. The show killed off his character, subbed in Ashton Kutcher as billionaire Walden Schmidt, and then lasted a healthy four seasons afterward. In the case of “House of Cards,” sexual abuse allegations prompted the removal of star Kevin Spacey. This spelled the end of the show though. In its final season, Spacey’s onscreen wife played by Robin Wright took over in the role as president.

For now, a Fox insider said that viewers will have to watch and see how the character of Jamal is resolved. By appearing in a mainstream broadcast series, Smollett was able to portray an out and proud gay black man week to week. Whatever path “Empire” chooses, it’s a shame that the impact and legacy of that character has now been tainted.