Lomo Saltado: This robust entrée is the result of the fusion between Peruvian and Chinese cuisine

Make sure you have everything ready to throw in the pan, because it cooks rather quickly. Dinner will be ready soon

By Morena Cuadra with Morena Escardó 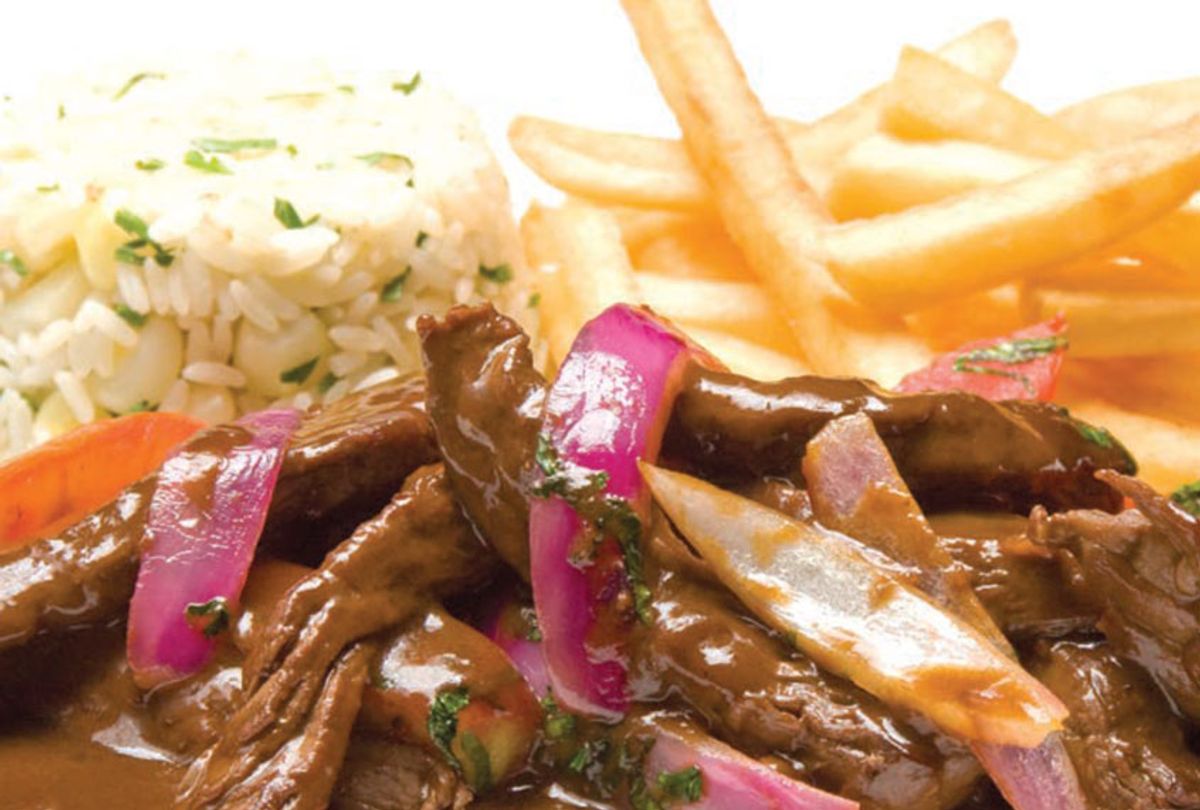 The Big Peruvian Cookbook is a journey through the diverse gastronomy of the multicultural South American country, from its Andean peaks to its coastal towns and tropical jungles. Learn to whip up cebiches, piqueos, soups, and traditional sweets like a local from one hundred traditional recipes that showcase the fusion of Peruvian cuisine’s Incan roots, mixed with Spanish, Arab, African, Chinese, Italian, Japanese, and French influences. Morena Cuadra and Morena Escardó are a mother-and-daughter team who run the Peruvian food blog Peru Delights.

This robust entrée is the result of the fusion between Peruvian and Chinese cuisines. If you feel like making it, make sure you have everything ready to throw in the pan, because it cooks rather quickly. Dinner will be ready in just a few minutes.

Season the steak with salt, pepper, and garlic.

Put a wok or a skillet over high heat. When very hot, add the oil and then meat, a few slices at a time so they turn golden brown instead of steaming. Transfer the cooked pieces to a bowl before adding more raw pieces to the wok. Repeat with all the steak.

Add all the cooked steak pieces, onion, tomato, and ají amarillo to the same wok, stirring for a couple of minutes.

Add the vinegar and soy sauce down the sides of the pan, and combine everything. Season to taste with salt and pepper.

Turn off the heat, add the chopped cilantro, and serve at once with French fries and white rice.

Instead of sirloin steak, I often use chicken, veggies (wonderful with portobello mushrooms cut in strips to substitute the meat), or shrimp. Nowadays chefs like making fashionable versions with spaghetti instead of rice and fries, or using the stir-fry as an empanada or tequeño filling.

By Morena Cuadra with Morena Escardó