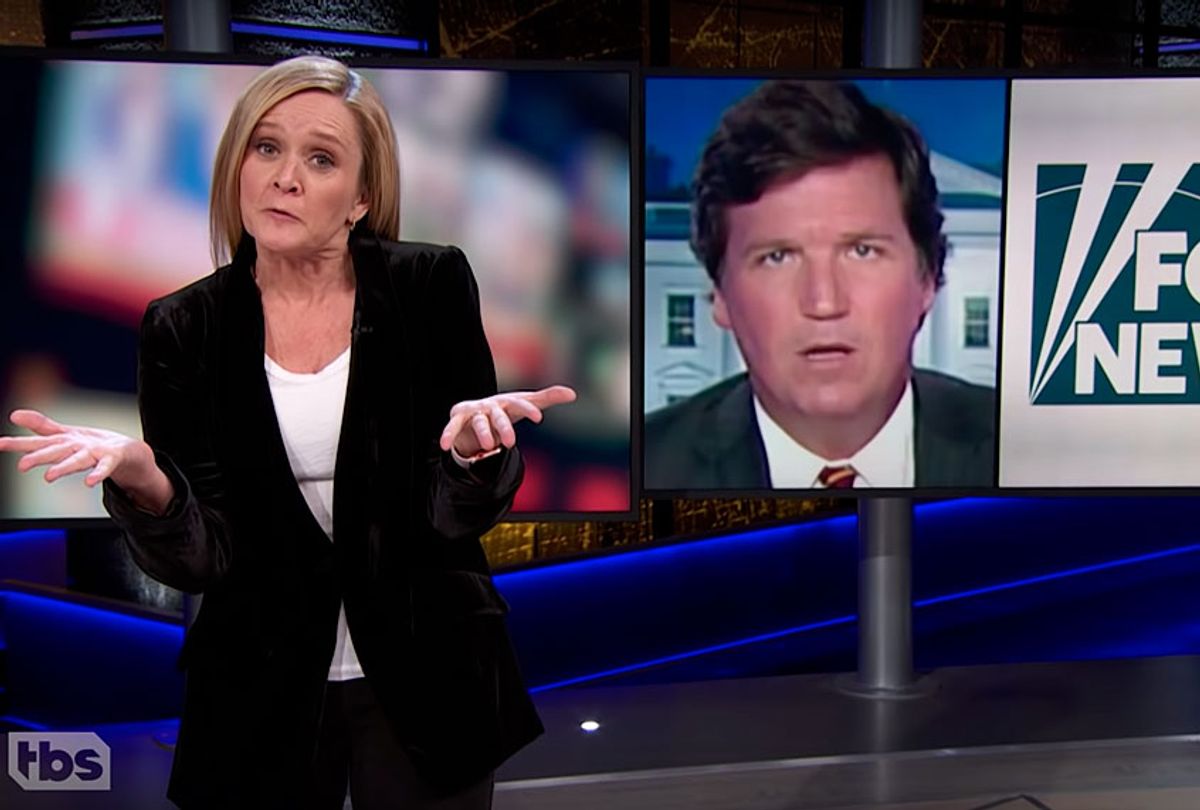 Late-night comedian Samantha Bee blasted Fox News host Tucker Carlson as a white supremacist, despite his claims that he isn’t.

In a brutal takedown, she played the recently released audio of Carlson advocating genocide and dismissing child rape as legitimate.

“In case anyone in Tucker’s audience didn’t pick up on his subtle messages, he sometimes turns up the dog-whistle,” Bee said during her Wednesday show.

The host then played a clip of the many times Carlson has advocated “Americans” being replaced by foreigners.

“Where have I heard sweaty white men yelling about being replaced?” Bee asked. She showed a clip of the Charlottesville, Virginia neo-Nazis and white supremacists chanting “Jews will not replace us.”

“So, he’s against white supremacy but uses the catchphrase of the Charlottesville mob?” Bee asked, confused. “That’s like saying, ‘I hate the movie ‘Borat’ but you know who loves it? My wiiiiiife!”

She noted that none of the scandalous Carlson audio tapes weren’t hard to find, but her researchers did discover that Carlson’s name is an anagram of Ol’ Cracker Nuts.

“You know who else thinks Tucker is a white supremacist? White supremacists!” Bee continued, showing a clip of ex-Klan Wizard David Duke called Carlson his favorite commentator. The white supremacist site The Daily Stormer even called Carlson’s show the television version of their website. Oddly enough, in 2016, Carlson said that the KKK and Nazi Party don’t really even exist anyway.

Carlson said in an Aug. 2018 show that most people live their entire lives without even meeting a Klan member or Nazi. “I haven’t,” Carlson claimed.

“You know who can’t say that? Anyone who’s met you,” Bee said.

She got worse from there. Check it out below: