“Doctors don’t belong on insurance boards, because a doctor’s job is to do no harm," Goldberg explains 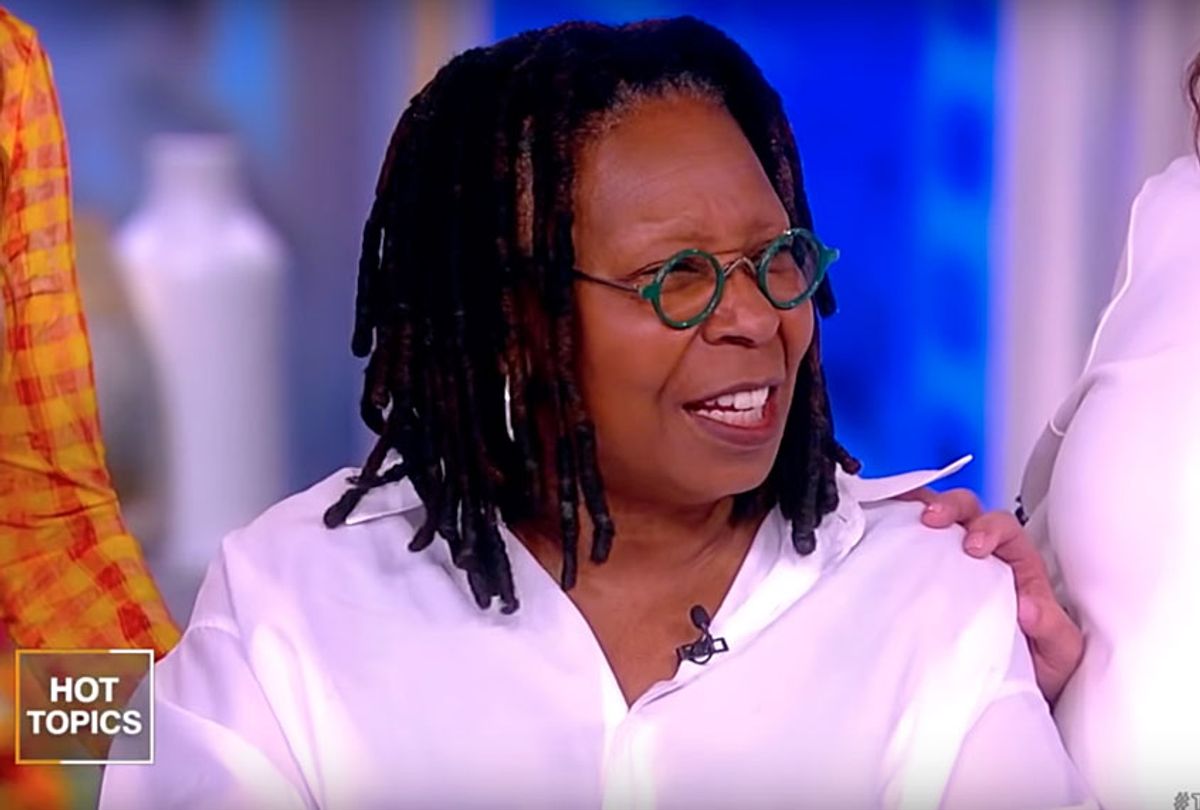 The View’s Whoopi Goldberg made a surprise appearance on the show Thursday as she continued her recovery from double pneumonia, and she made a point of slamming the health insurance industry, revealing that her insurance advocate tried to deny her doctor-recommended equipment to assist her breathing.

“My doctor said you need this machine. If you do the machine and you do this breathing thing, you won’t have to get this operation,” she said. “But you have to stay in the hospital because the machine is only here, but we’ll try to get it to your house. I said okay.” After several days passed by with no progress, Goldberg said she asked her doctors what was going on.

“They said, ‘well, your insurance has said no to this.’ I said, ‘well, can I lease it, can I rent it?'” she went on. “The advocate “said ‘I really don’t know.’ I was like, ‘well, this can’t be the first time somebody has come in with this. What are you talking about?'”

As it turned out, Goldberg’s doctors had recommended a different machine than her insurer, and her so-called advocate was siding with the latter.

“‘I have to advocate for myself because clearly you are taking your cue from somebody who doesn’t know what the doctor is telling me to do,'” Goldberg said she told the advocate. “‘Why would he lie? It’s not like he’s making money on it.'”

“Sixty years of insurance money and you’re telling me I can’t get this machine?” she continued. “B*tch, I could buy the machine!”

“I think doctors should not be on insurance boards. That to me is a conflict of interest,” she said. “Doctors don’t belong on insurance boards, because a doctor’s job is to do no harm. When insurance denies your child or your aunt something, they are doing harm.”