Purdue faces about 2,000 lawsuits related to the opioid crisis 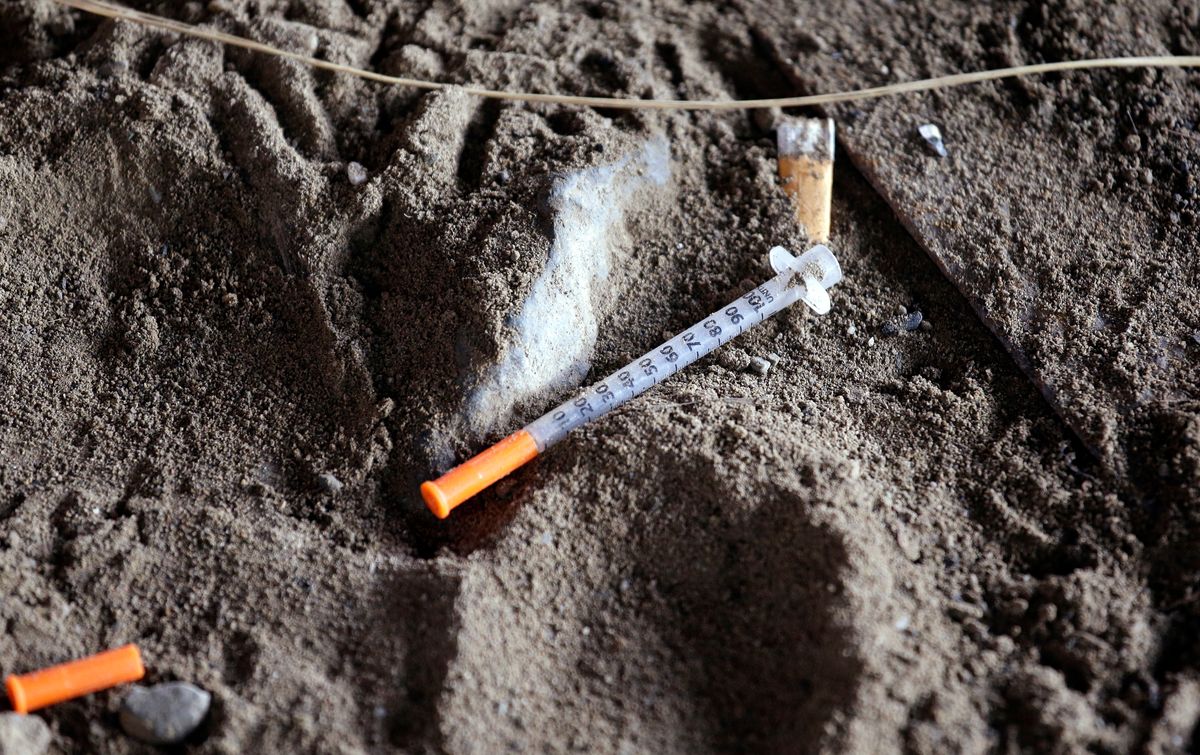 In this Feb. 16, 2017, photo, a discarded syringe sits in the dirt with other debris under a highway overpass where drug users are known to congregate in Everett, Wash. (AP Photo/Elaine Thompson) (AP)
--

A report that Purdue Pharma may file for bankruptcy has many wondering how bankruptcy would affect the ongoing opioid litigation.

Nationwide the OxyContin maker as well as other drug manufacturers and distributors face about 2,000 lawsuits related to allegations that they contributed to the opioid crisis through negligent marketing, fraud and unjust enrichment.

A bankruptcy filing by a defendant in such situations is always a possibility since the potential financial impact on companies in this type of tort litigation is substantial and future exposure is hard to calculate. The same thing happened in 1982 over asbestos litigation, in 1985 over flawed intrauterine devices and in 2017 over defective Takata airbags.

In a recent paper I argued that successful outcomes for the opioid litigation have always been fraught with uncertainty.

While a bankruptcy filing would definitely affect any litigation or settlement, it doesn’t mean plaintiffs wouldn’t get any compensation. It would mean, however, that there may be less money to go around and that plaintiffs would have to wait longer for a resolution of their cases.

A record 48,000 people died of overdoses related to opioids in 2017, including prescription painkillers, heroin and fentanyl. That brings the total number of U.S. deaths since the epidemic began around 20 years ago to almost 400,000, at an estimated cost of US$1 trillion.

As a result, thousands of cities, states, counties and tribal nations that have suffered as a result of the opioid crisis are trying to hold drugmakers responsible and recover some of their health care and law enforcement costs.

The largest lawsuit is taking place in Cleveland and involves more than 1,500 plaintiffs. Originally, these were separate lawsuits, but they were combined using a procedure called multi-district consolidation. Consolidation is designed to promote a global settlement between all the parties, with so-called bellwether trials held to narrow down the issues in dispute.

In addition to the Cleveland case, another 300 have been filed in 45 state courts against most of the same defendants.

The possibility that Purdue might enter into Chapter 11 bankruptcy proceedings is not a surprise.

Back in August, the Oklahoma attorney general argued in a filing in his state’s case against opioid manufacturers that Purdue was “trying to buy time so it can move assets and employees overseas … and either file bankruptcy or leave an empty shell here in the United States for all of the victims of its corporate greed.”

In addition, Purdue left visible breadcrumbs by hiring a law firm as well as a new board chairman with expertise in corporate restructuring.

While the the Cleveland litigation has stalled, attention has shifted to actions brought by some states, notably those in Massachusetts and Oklahoma.

The Massachusetts complaint made public some incendiary allegations about some members of the Sackler family, which owns Purdue. For example, the Massachusetts attorney general claimed that family members “directed deceptive sales and marketing practices deep within Purdue, sending hundreds of orders to executives and line employees. From the money that Purdue collected selling opioids, they paid themselves and their family billions of dollars.”

Considerable attention has also been paid to the leaked deposition of one of members of the Sackler family in the Oklahoma case. The Oklahoma lawsuit became even more important when it became clear that it would be the first to go to trial. On March 8, a judge ruled against Purdue and other drugmakers that had asked to delay it.

Cases brought by states in their own courts pose great risk to the defendants, a consideration that likely has amplified the bankruptcy chatter. For its part, Purdue “categorically denied” that it would affect its decision on whether to declare bankruptcy.

A bankruptcy filing by Purdue would be like hitting a nationwide pause button on all the claims against the company, whether in federal or state courts.

The claims against Purdue would be put under the exclusive jurisdiction of a federal bankruptcy court.

It would then be the responsibility of that court to determine any damages to be allocated to plaintiffs as part of the company’s restructuring and possibly establish a trust fund that would apply to future opioid claims – for example, those individuals suffering from opioid use disorder not just their cities or states – after the company emerged from bankruptcy.

In advance, the court might also have to appoint a new attorney to represent the plaintiffs during the restructuring, just one of the many procedural issues that could delay the resolution of the case.

The multi-district and state litigation could still proceed, except that Purdue would no longer be a defendant. However, the exit of a major defendant – and the only one to have pleaded guilty to related conduct – is bound to have an impact on the representation and tactics of the other parties.

Further, complex legal rules could come into play in deciding the extent to which the remaining defendants could be responsible for damages partially caused by Purdue.

Purdue, of course, isn’t the only drugmaker on trial.

Johnson & Johnson, Teva Pharmaceuticals and Actavis are also defendants in most of the lawsuits, including the multi-district litigation in Cleveland. While the impact of a Purdue bankruptcy on individual co-defendants is complex, there is at least one scenario where it might actually end up benefiting them.

The opioid cases have always been viewed as an uphill battle, in contrast to the litigation in the 1990s that led to the $246 billion settlement between Big Tobacco and 46 states in 1998.

After all, the opioid defendants can argue their products, unlike cigarettes, were approved by the Food and Drug Administration. Furthermore, in the case of Big Tobacco,
whistleblowers revealed documents demonstrating that the tobacco companies were fully aware of the dangers of smoking, prompting the settlement.

It is only recently that the hint of a potentially damaging smoking gun has emerged in the opioid cases, first in the allegations made in the Massachusetts case and in deposition testimony of the Sackler family member in Oklahoma. If Purdue is removed from the litigation, this possibly damaging evidence likely exits along with the company.

Eventually, the litigation will reach a resolution. But most likely, compensation will be too little or too late for the victims who are suffering from the overdose epidemic.

And even if the lawsuits result in a substantial settlement resembling that in the tobacco litigation, there is little likelihood that those settlement dollars will find their way to the individuals or families most affected by the epidemic.

If the bankruptcy courts become involved, even those prospects may decrease. And instead of parallels to the tobacco litigation, we’ll see more comparisons to the asbestos litigation, which, in over 40 years, has failed to produce a global settlement.